Last year, right around Summer League time, Wayne and I talked about a few ideas we had for non-basketball posts that we thought would be fun. While I did start my series of Crazy Arguments/Discussions That Would Never Happen Mid-Season, I never did get to them all.

And here I am, a year later: older, wiser, more savvy than ever, and (after watching Inception) ready to talk movies.

Follow me after the jump for a dive into the world of cinema. 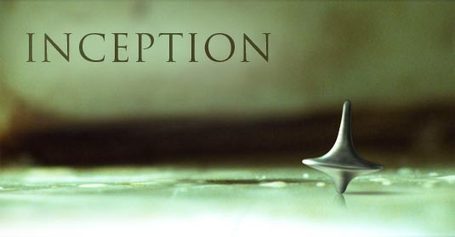 Best film of the 21st century, so far.

Good movies are hard to find. Really good movies are as rare and as precious as gold. I'm pretty picky when it comes to what I watch. At the same time, I don't like to know too much about a film before I go see it. I absolutely hate it when a trailer of a film gives away a plot turn that comes half an hour into the story. I want the film itself to reveal those things. I don't want to be in the middle of a scene where some of the characters are in danger, and think, "Well, he's going to be okay, because he hasn't said that quote from the trailer yet."

So, if I don't want to know much of anything about a film before I see it, and I don't like to just watch everything that comes out, then how do I manage? Well, I've got a couple of tricks I use. The first one, as I told SiMA in a conversation we had recently, is that I have a short list of directors whose films I will go to see without question: Wes Anderson, The Cohen Brothers, M. Night Shyamalan (I'm pretending The Happening never happened), the guys at Pixar, and Christopher Nolan. But I won't see many films a year if all I do is just wait for movies from this group. Well, that's where Movielens comes in.

Those of you who use Netflix will be familiar with their recommendations. Well, Movielens is to Netflix recommends as Alfred Hitchcock is to Ed Wood. It rewards the time you take to rate movies on a five star scale, with stunningly apt predictions for films you haven't yet seen, or rated. I've used it for the last 10 years or so, and trust it so much that I'll see a movie I've never even heard of before, based solely on its prediction that I'll like it. I can't recommend it highly enough.

But I don't want to make this post simply a list of my favorite movies. I'd prefer it to be more of a discussion of films we've enjoyed and what we liked about them. So, feel free to post a comment, with a link to the trailer if you so desire, and a bit about what the film is about, and/or what you liked about it. If it's a recent movie (especially Inception) or if you want to talk about something in detail, please put "SPOILER" at the beginning of your comment so those who haven't seen it yet can avoid knowing too much.

So, that's it. I'll get the ball rolling, with the first few comments/films below in the comments section.