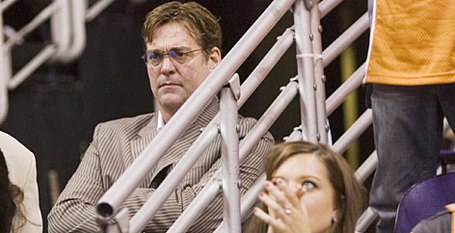 The other day, Wayne prepared us for what to expect from the Spurs during free agency. Since then, there has been a rather surprising development in San Antonio, and the Spurs' need for a small forward has been increased exponentially. Also, it would be really nice if we heard from Tiago Splitter today.

Well, once this post is published, the 2010 NBA Free Agency season will have officially begun. Please use this thread to discuss any developments or rumors that you hear. The NBApocalypse has begun.

I'll start things off, with a little tweet from Yao Ming.

@ChrisBosh, Hey Chris, hopefully you'll play with us (Rockets) next season. I'll be healthy and I'd really look forward to playing together