Well, the 2010 NBA draft is over. Let's discuss who we got, and how they'll impact the team. 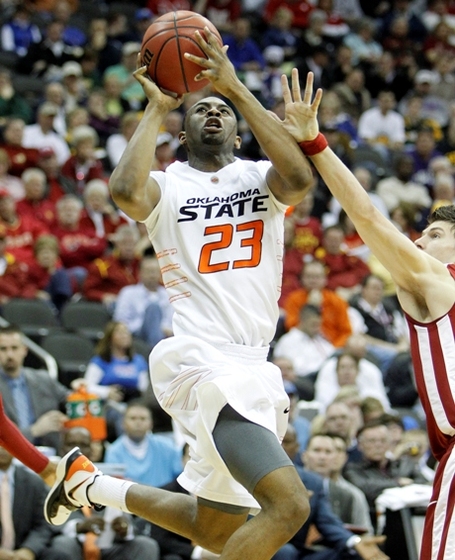 Get used to me, Spurs fans

We all know who the first-round pick was, James Anderson of Oklahoma State. Our resident bigtime OSU fan CapHill will be along with a writeup "Big game James" in the next few days. But for now, check out some highlights.

Lastly, here's some audio of Anderson talking to the SA media after finding out the Spurs picked him.

And then there was our second round pick, who was a bit of a mystery, in typical Spurs fashion. Ryan Richards, a 19-year old British big man who seems to have a good shooting stroke, good physical ability, and even a bit of a mean streak. The more I find out about this kid, the more I like him.

No video of RC talking about Richards yet, but the Spurs obviously see something in him. More than likely, he'll be with the Toros, but I can't complain about a guy who willingly plays in the D-league instead of Europe. In terms of raw potential, this young man has it in spades.

I give the Spurs a B for this draft, simply because I think there were better players available in the second round, especially from a defensive standpoint. But, it's done now, and I think most of us can live with the results.

So, that's what we got. Love it? Hate it? Comment away, peeps.