DTOUR: Can the Americans Score First?

Share All sharing options for: DTOUR: Can the Americans Score First? 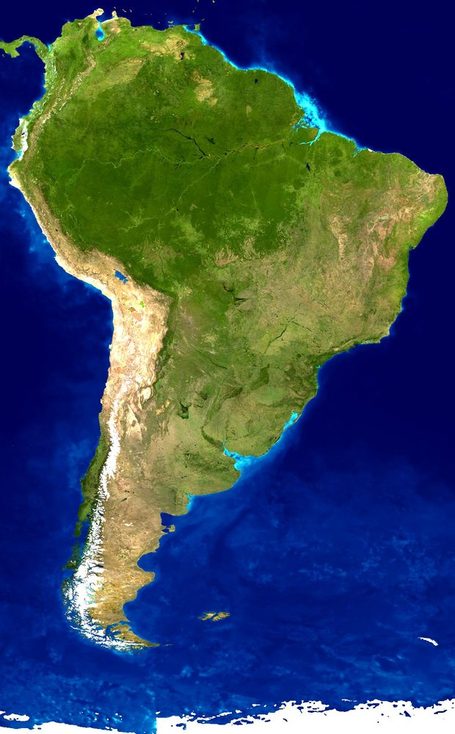 This continent is kicking some serious butt in the World Cup

Now before we get to any discussion about the HUGE game for the US vs. Algeria today, I think we need to give some serious props to the continent of South America. These 5 teams are a combined 10-2-0 in the World Cup. Not a single loss - that's absolutely redonkulous! Argentina and Uruguay both won today to make it into the next round, Brazil is mathematically assured of making it, and Paraguay and Chile are definitely in the driver's seat with their groups. Way to go SA (and in this case I'm not talking about San Antonio)!

Sidebar: While putting together this post, I was also watching the latest 30 for 30 documentary The Two Escobars. I highly recommend this fascinating look at Columbia in the early 90s (including the success of the national team leading up to the 1994 World Cup), the drug cartels and the murder of Andres Escobar.

The US controls its World Cup destiny. Win and they're going to the knockout stage. Draw or lose and we're hoping Slovenia beats England. So will the Americans rise to the occasion and score first? Or will they dig themselves into another hole?

Slovenia vs. England - 9 am Spurs time

Use this thread to discuss all the games (or anything else on your mind). Personally, I'm pulling for Ghana and the Aussies in the Group D games.