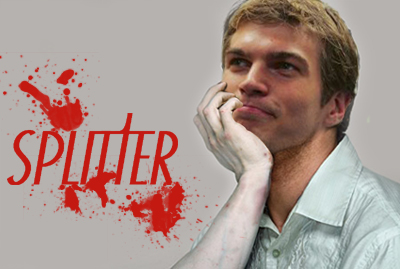 He'll rip our hearts out. Or maybe just Madrid's.

Last week, the best basketball league ever - the ACB - held the opening round of its playoffs. The first round is over, and the top three seeds all advanced. The lone upset was the advance of 5th seed Unicaja Malaga, who are already down 1-0 to the Barcelona juggernaut in the semifinals.

That means Nando De Colo's fourth-seeded Valencia team got the boot. Nando had a very forgettable series, and probably sealed his fate of playing in Valencia, not San Antonio, for at least one more season. He was terrible, with a Ian Mahinmi-like foul rate, and some very un-clutch plays when he could actually stay on the court. But he was a rookie, so at least it's not a trend yet. Next year, he'll get Euroleague experience - clearly an inferior league to the ACB, but still valuable experience.

For those few that watched the Caja Laboral v. Estudiantes series, Tiago Splitter turned in a great performance as his team cruised to a blowout victory in game one. He then turned in a not-so-great showing in game 2, and Caja barely escaped with the victory. But they still swept the best-of-3 first round series, and he still looked like far more of a player than Nando.

This means the the Spurs' South American Savior 2.0 is moving on to the second round, where they'll face the team trying to steal him out from under the Spurs this summer - Real Madrid. Madrid lost their first game of the opening round, but won the next two to earn the right to play Baskonia, led by the league MVP that those fuckers have no right to take away from us that Real will reportedly make an offer to this summer. In the semifinals, it's a best of 5 series, so there will be at least 3 more games(and likely more than that) to watch Tiago play. Anyhow, the first game is today at 1:15 Spurs time.

If you want to watch some good basketball in the middle of your Friday, be sure to check out ACB360, which will be streaming all of the games live... for free. What a novel concept.

**PS: I don't actually believe Euroleague to be inferior to ACB, but the reaction I got last time makes this disclaimer necessary.