Season Over: Call me Ishmael

Share All sharing options for: Season Over: Call me Ishmael 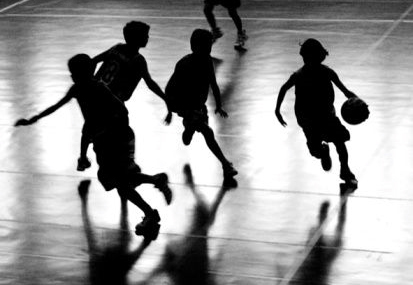 That's it, guys. As much as it hurts, the season is now over for the Spurs, for the fans - for PTR.

No amount of rhetoric was able to make Nash miss, no direct connection to the FSM or mojo-approved picture could lock down the Suns' role players. It was a roller-coaster of a season, with downs and then lowers and rock-bottoms, followed by a wonderful Manu-inspired dream month and a first round revenge. In the end, though, we were too hurt, too cold, too tired to compete for four quarters against a team that had more weapons and better chemistry. The better team won.

It's time to grieve (Hipuks tells me there are five stages), time to accept, think of the future and look for the positives, because there are many. There will be other championships, other tests, many victories. We know this.

And remember, people, as DrumsInTheDeep says: every year we deny Cuban makes us stronger.

Get ready for dozens or hundreds of articles saying how over we are. I'm sure they'll manage to convince some of you, too. They'll ignore how well the Big Three scored against the Suns, one with a broken nose, the other with a thousand ailments. They are still that good, they'll be so next season. As long as they suit up, we'll be relevant. Believe, because they won't.

I don't know what the 2011 Spurs will be like - I do know that Hill will continue to improve, because he's that kind of player. I can only try to imagine what a year of experience will do for Blair, but I'm sure our throats will go raw yelling his name next season. Richard Jefferson will follow the pattern of so many other Spurs signings, and his second year within the system will be exponentially better. And yes, Tiago might be coming.

I can't make any promises about the team, and I know I don't need to. Come October you will all be here, hopeful and ready to get your hears broken once more if Lady Luck dictates it. You know Tim, you know Manu, you know Tony. It will be fun.

I Heart You, Morans

I'm going to get personal now. This was a special year for me: thanks to this blog in general and Wayne in particular, I was able to visit the States and watch my Spurs live. I was there, with the guys I watched on TV or through low quality Chinese feeds for so many years. I even got to meet Manu, and I managed not to make a complete fool of myself. Regardless of my current disappointment, it was a good year.

It was only possible through the magic (magic? what word could I possibly use?) of this blog. I know, I know, this is nothing but another site - one of thousands we all check every week, and probably one of dozens we participate in. And yet I can't help but feel that the sense of community we've achieved is special. I like coming here, and it's only in part because of the Spurs. Mostly, it's about the people.

It's about Wayne and his big heart, about Lauri's intelligence. You can tell Davis is a wonderful guy just by trading a few e-mails, and I hope I get to meet him someday. Tim is as knowledgeable as he is tireless, and he kept this site running through the grueling season along with the wonderful CapHill. jolly is unrelenting in his bonhomie, BlaseE is precise and insightful. Fred's fire can put off the unwary, but he's grown on me, FARS style (+28.4, man).

And it's definitely not just about the losers that get to write here. It's about everyone, those who have the time to write and those that simply join us in the game threads and type the name of their favorite in all-caps, usually adding the "dog" appendix. It's about those who have been with us long enough to get all those silly in-jokes that we seem to love so much. I've said it many, many times, but for me watching the Spurs has long since become a synonym of joining those game threads. For someone living 10.000 kms away from the Spurs, being able to share his fandom is priceless. It's huge.

Hipuks alternatively pisses me off and makes me laugh like no one else, but this site wouldn't be half as cool without him. Queness is just awesome. Manuwar has an avatar that shows his happy face while he's taking a crap. Beat that. theonlyromeo makes me laugh, tlo insists on disappearing. bellasa is incredible, and could fucking break you in half with the strength of her words. SiMA makes me wince and smile, usually at the same time, but you won't find a nicer turtle-loving, man-cave-owning, hot-tub-teasing, hand-to-hand badass anywhere in the USA. bones and sleep research facility are two guys that always have something worthwhile to read, and Chilai also belongs to that group. SinCitySpur is able to balance hunting trolls with being funny and yelling "beaches". I miss tomasito. Janieannie, p2cat... so glad I got to meet them. swgeek, please keep writing because you're outstanding. Or otstanding (you're welcome, jolly).

There are too many people to mention, so forgive me if I forgot you. dfj's polls, trango's incredible chops, c deck's all-around game. Hirschof should be talked into redesigning the site, because I don't know how he does it. TDz, LasEspuelas, rick2g, DTM, Artis, Kordor, Kai, AFA, TD, sf87, SpurredOn's and many other new guys that bring fresh blood and fresh minds to this place. alamobro, Rand and Cedar's brilliance. Everyone that takes the time to join, and share. This is a site we all make, together, and it's that much better for it.

So thanks, guys, and stay around.

Losing makes me emotional, I guess, eh? Still, I stick to what I wrote, corny as it may be. Losing is 10 times better when you can somatize with friends in this 21st century version of the good ol' sports bar.

I'll let you go back to your grieving, folks, but first read a quote Davis picked and I liked.

Win as if you were used to it, lose as if you enjoyed it for a change.
Ralph Waldo Emerson

See you next season, Spurs. 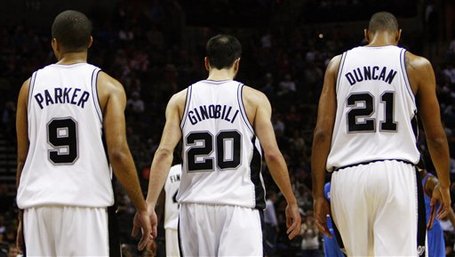