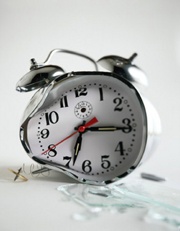 Winning feels good. Winning against top competition is even better. Watching Manu play again feels nice. Watching Manu lift his play to levels both previously known and unknown of closely resembles that of an out-of-body experience. At this rate, I'm gonna run out of sentences to say how much fun it is to see the team finally getting its act straight.

This is an incredibly early game, so not much too see but a bare-bones, rehashed preview --- after the jump. If a little trash talking will help pump you up, then go ahead and hit the comments section.

Heckuva early game on my side of the planet, but hell, I'll try my hardest to be at the game thread. For the time being, here's some random, off-topic entertainment.

Terry Crews is a funny guy.

This might be old, but hey, Pac-Man is old s-cool.

I don't know if the timezones are spot on, because the 2:30 pm game seriously messes up everything. Why, Stern, why?!