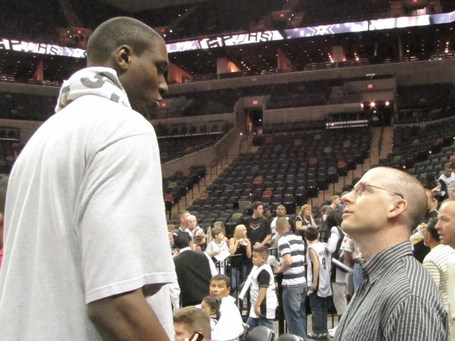 Thanks to my ticket rep, I was allowed in early to watch shootaround - my royalty for the Spurs use of my photo in their TV commercial for season tickets (on Fox SW - in the lower left corner near the end of the commercial). I met up with Wayne, and Ian Mahimni came over to say hello to our fearless leader. I did not get a photo of the "man hug" but one was exchanged.

I'm still struggling with action shots, so I'll take the camera in to Precision Camera this week, along with the old one, to see if they can help me adjust the settings so I can get the same stop action I was getting with the old camera. But here are a few photos from the game with my captions added. 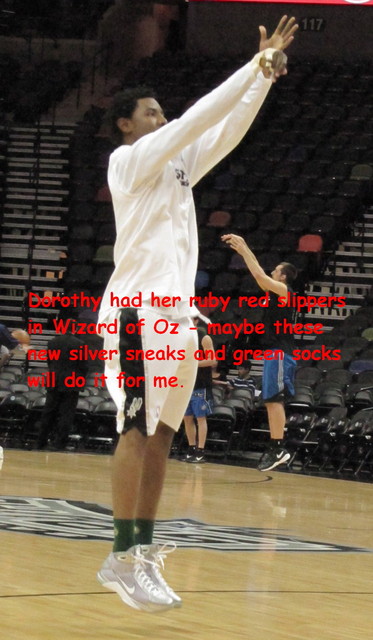 Several of the guys wore these green socks during shootaround, part of the NBA's Green Week, focusing on efforts that arenas around the league are doing to protect the environment. The warm-up t-shirts each team wore were made from partially recyled materials. 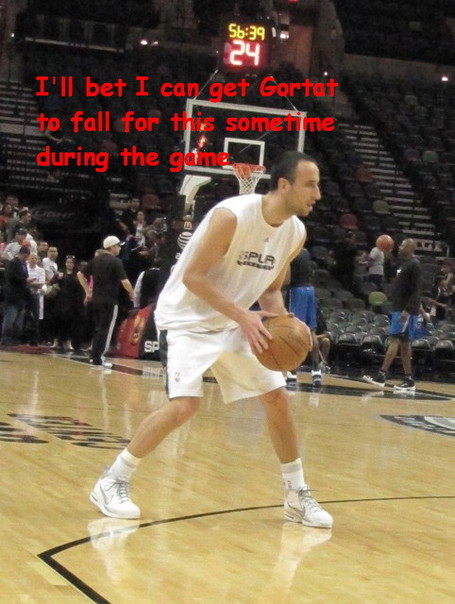 And Gortat did fall for it. He went airborne in front of Manu on a fake, and Manu just leaned in under him for the foul. 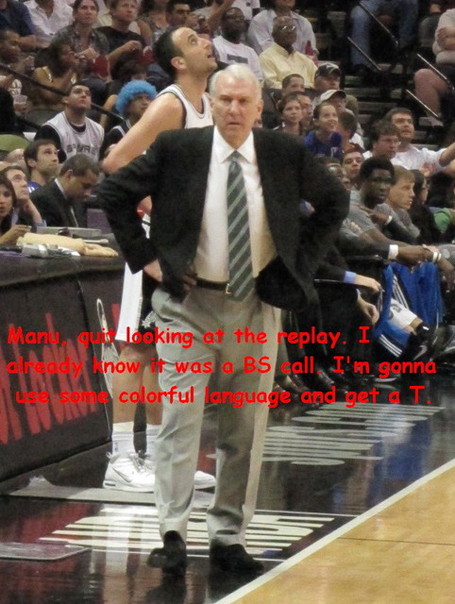 Pop was tossed from the game during a time-out, and I honestly didn't notice it, and neither did the people around me. It was quick - Pop said his comments directly to the ref and was ejected. He obviously wanted to get tossed, probably to make a point and fire up the team. 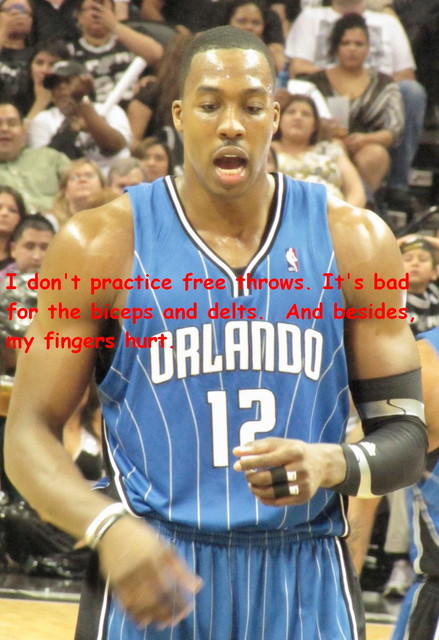 The frustration increased for Howard with each trip to the free throw line. He took longer and longer to step to the line each time. You knew he was thinking of what this means down the road in the playoffs and hated to have this tear in his Superman's cape so pointedly revealed. 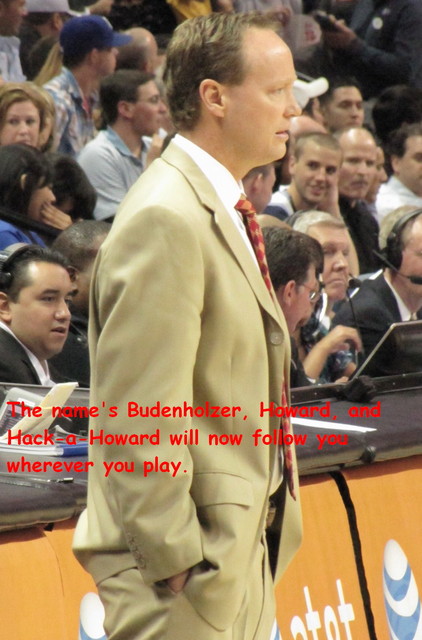 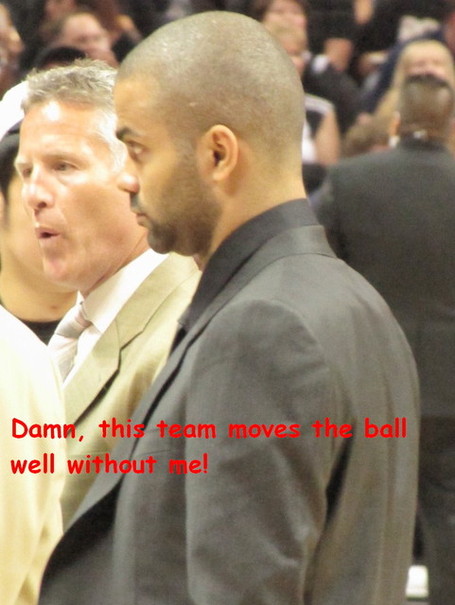 Well, make that "moves the ball well unless Mason is playing point." Get your head up on the dribble, Roger; increase your court awareness, and pass the ball! I'm just sayin'... 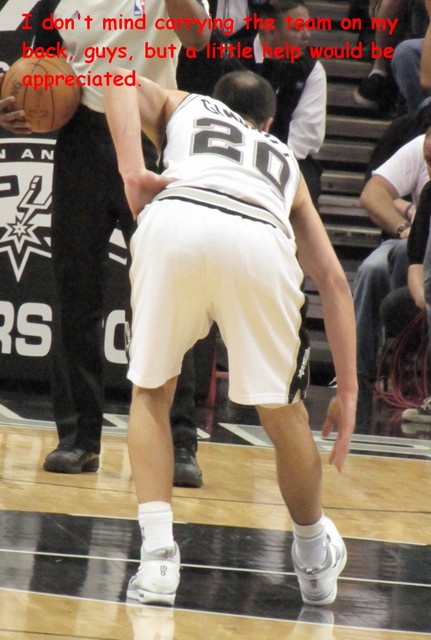 He appreciated the second box of homemade alfajores. He's refueled now for April. And his first game after receiving them he has his season high in points - alfajores cause MORE mojo! I just hope they cure sore backs!