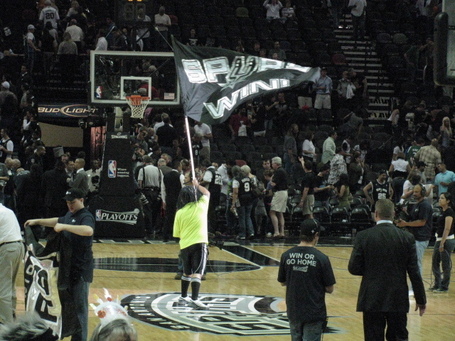 Some interesting shots in game four, some on court, some behind the scenes, some strange fan shots. The crowd was definitely the Sixth Man, and the Coyote cemented his status as the Best Mascot in the NBA. You can view the whole collection of photos at this link: By George, Spurs Win By a Nose 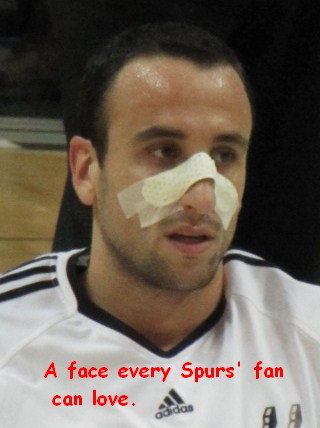 He tested this in warmups, and I could tell he wasn't happy with it. It is some kind of splint held on by tape. The team doctor was on the court during warmups, and when Manu finished, he went over to him and pointed to an area of the splint and the two walked to the locker room. It was the first time Manu had to tell the fans he couldn't sign autographs, but no one really cared. They just cheered him as he went down the tunnel. Seeing him after the game without the splint, I thought he didn't look bad at all. I had expected to see black circles under each eye. 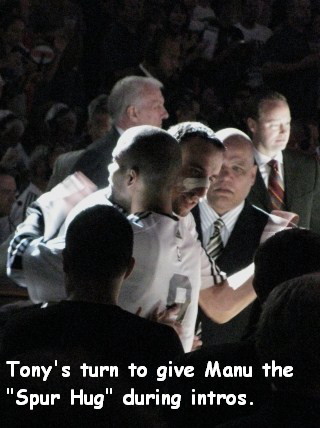 I have photographed Manu giving Tony the "man hug" several times during introductions - Tony was always the last starter introduced, now it is Manu. 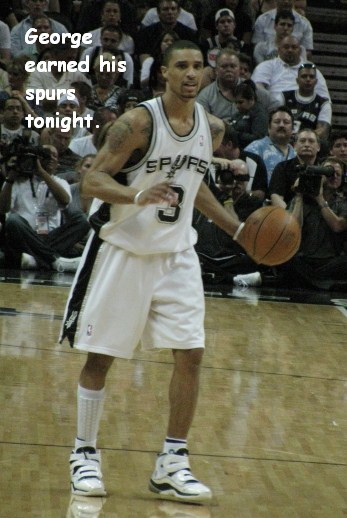 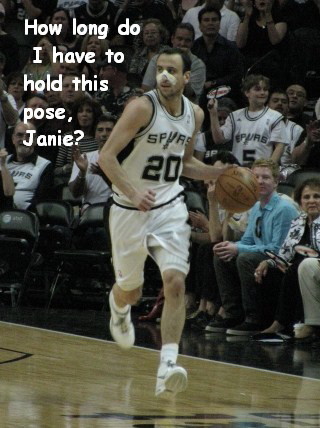 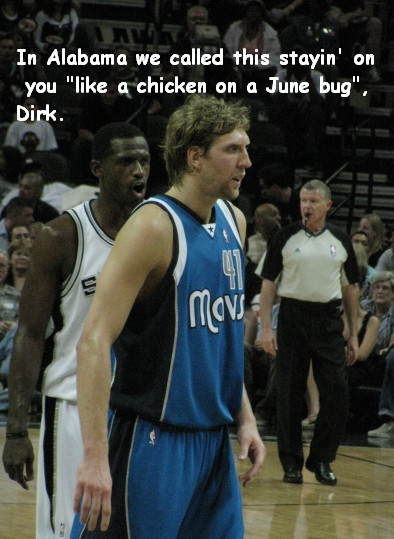 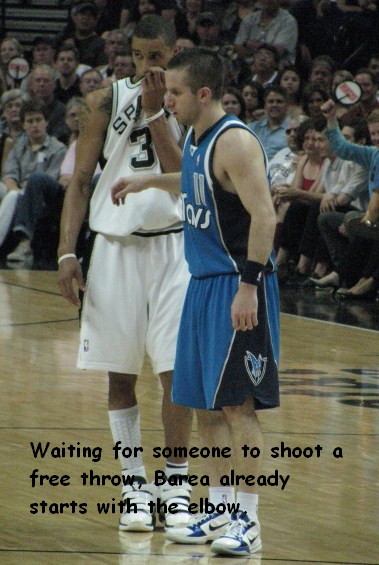 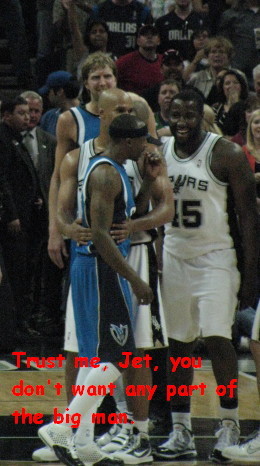 I love the look on DeJuan's face - "Are you kidding me, Jason?" 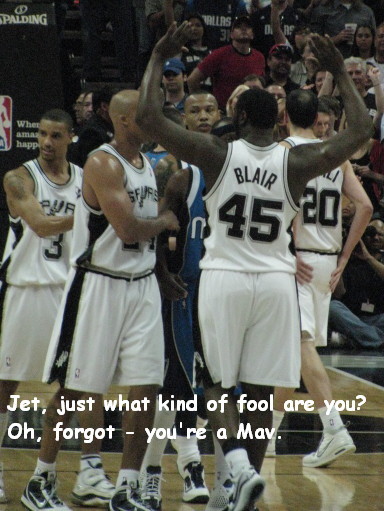 Seconds later, RJ is still trying to convince Terry he wants no part of The Beast; DeJuan is doing the right thing; Hill seems to be saying "Who does he think he's messing with?"; and Manu - he just walks away and lets the kids take care of it. 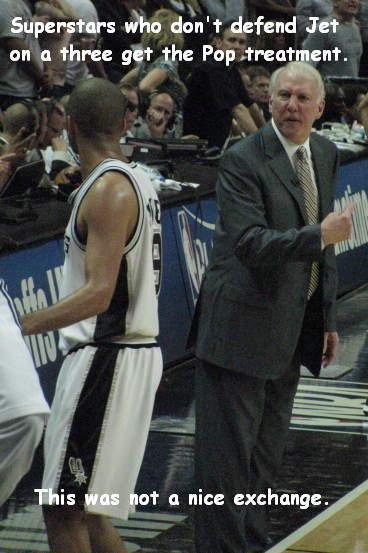 Pop was screaming at Tony for leaving Terry open twice for threes late in the game, and Tony yelled something back at Pop. 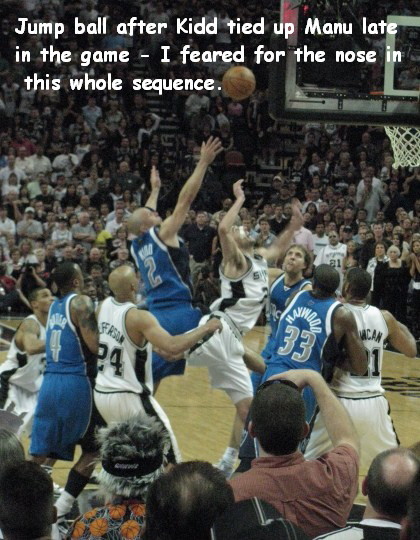 Manu and Kidd wrestled for control of the ball in a heap on the floor. Manu thought he was fouled, but the refs called it a jump ball. Manu had apparently forgotten about his broken nose by this time. 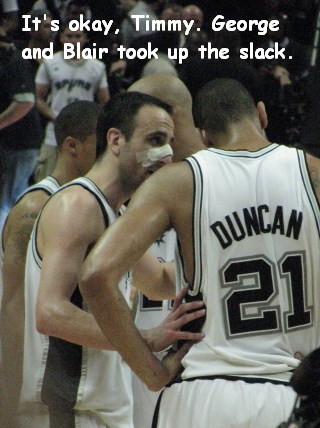 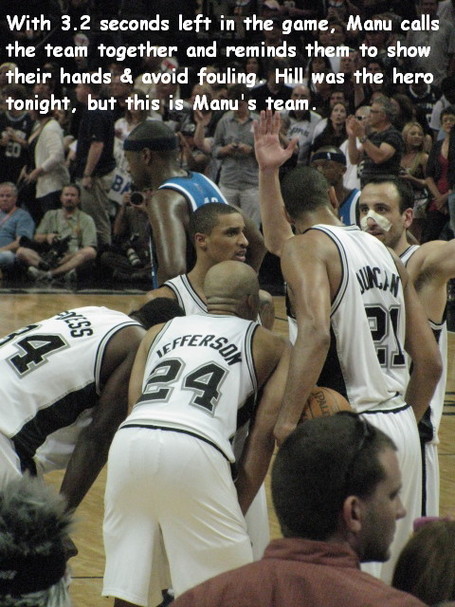 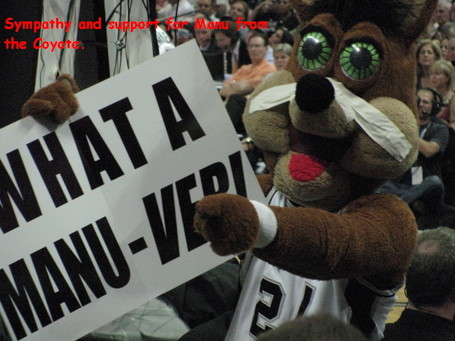 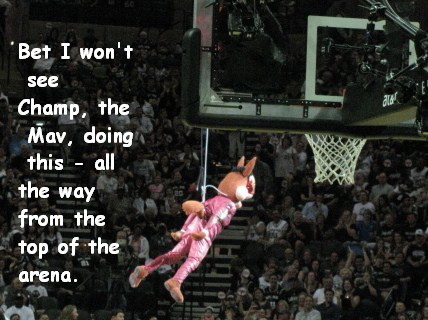 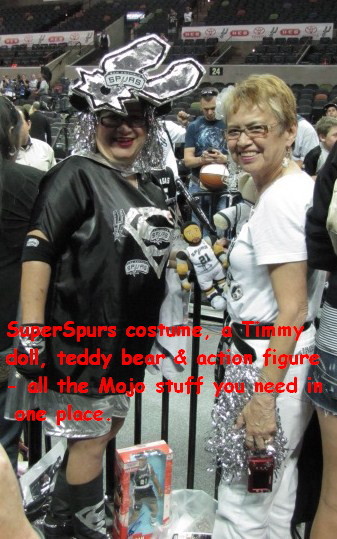 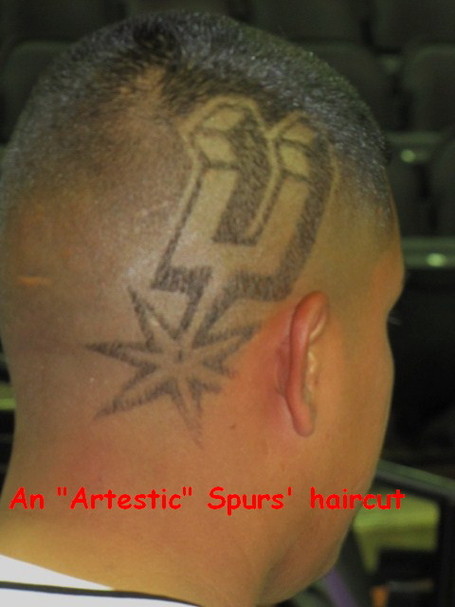 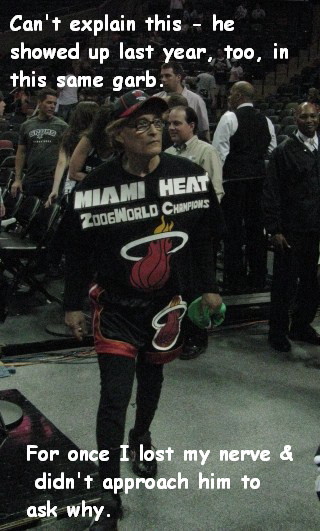 Usually I'll talk to just about anybody to find out their story, but I drew a line on this one.

One more story - when Tim finished his warmups and started down "autograph row," I led the people around the tunnel in singing Happy Birthday to him. He laughed and said thanks. It was on the highlights on one of the sports webpages.