Dr. Completely Deck or: How I learned to Stop Procrastinating and Love The Lexicon

Share All sharing options for: Dr. Completely Deck or: How I learned to Stop Procrastinating and Love The Lexicon 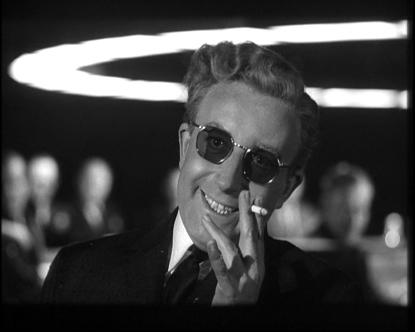 "I love deadlines. I like the whooshing sound they make as they fly by."

Douglas Adams (the author of The Hitchhiker’s Guide to the Galaxy, and the source of the above quote) was a notorious procrastinator. There was a book that he was supposed to have finished, and after the deadline came and went several times, his publisher tried everything they could think of to get him to write the rest, but without success. Finally, they sent an editor to his house who was tasked with keeping him in the home until the manuscript was completed.

As the story goes, Adams would sit at his desk on the 2nd floor, clacking away at his typewriter, and as soon as he finished a page, he would bound down the stairs, giggling the whole way into the living room where the editor had set up shop. The editor would receive the newly written page as Adams would sprint back up to his office to continue writing. In this way the work was finished, and everyone breathed a collective sigh of relief.

In this regional performance of the above anecdote, I play the role of Douglas Adams, and Completely Deck takes the role of the editor. A couple of weeks ago, Deck emailed me. Turns out that he was interested in helping me finish The Lexicon. I was only too glad of the help. Here’s where the analogy breaks down, because he did more, so much more, than simply receive pages from me. We bounced ideas off each other, he located first instances of terms, he found images, he created headers, etcetera and ad infinitum.

The reason that The Lexicon is as finished as it is today (and I’m even now avoiding the temptation to look at it again, for fear that another 3 hours will disappear while I continue to tweak it) is because of Deck’s resolve to keep me focused and working on the task at hand. Every time I logged into Gmail, there he was popping up a chat window, to see what I had for him to do next. And every time I asked him if he could look for this or fix that, it was done well before I even thought he’d be able to think about it. He deserves a huge round of virtual applause. Please see that he gets it.

Oh, and here’s The Lexicon. Enjoy.