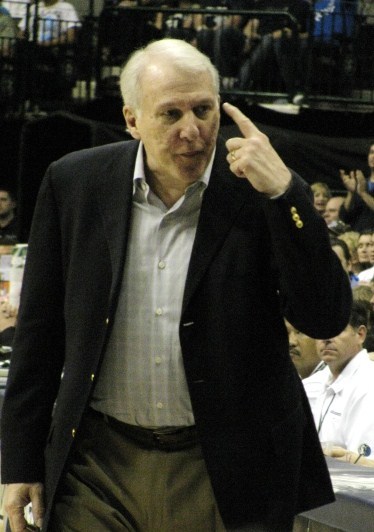 Smart, very smart! Manu and Tim were in uniform, going through pre-game warmups, and then they disappeared before the National Anthem. A last minute decision sent them to watch the game in the locker room, resting them for the playoffs. The Mavs, meanwhile, had their hands full trying to hold off our bench players. Coach Carlisle elected to keep his starters in to avoid an embarassing loss the the Spurs Young Guns. We lost the battle, but we may have set ourselves up to win the upcoming war.

With advice from jollyrogerwilco, I played with the camera settings and got some really decent action shots - and with the OLD camera! Enjoy some shots of the young 'uns in action. 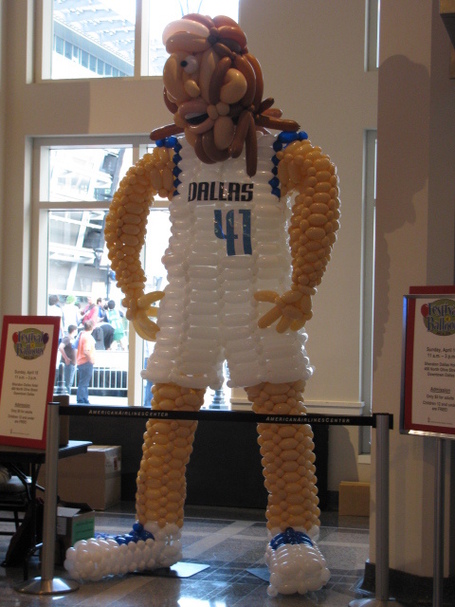 I may have a nightmare about this - a giant Dirk made from twisty balloons. 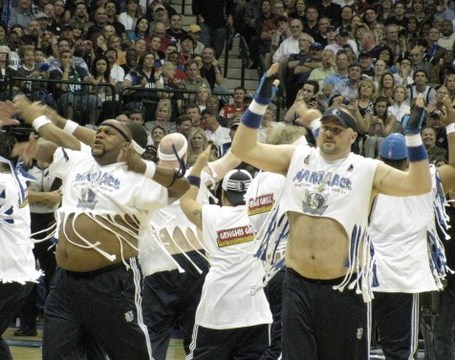 The Mavs Maniacs actually CAN dance, but do we really need to see this? 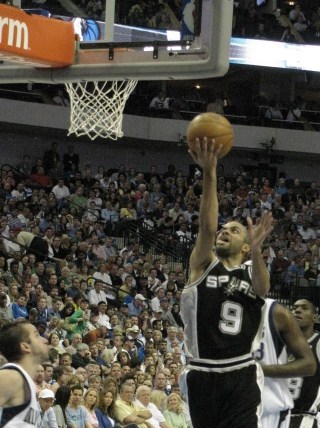 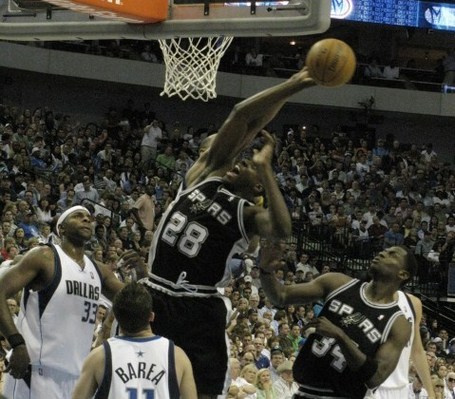 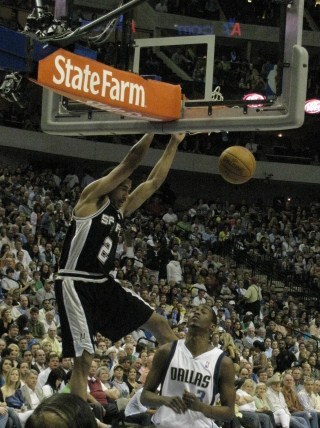 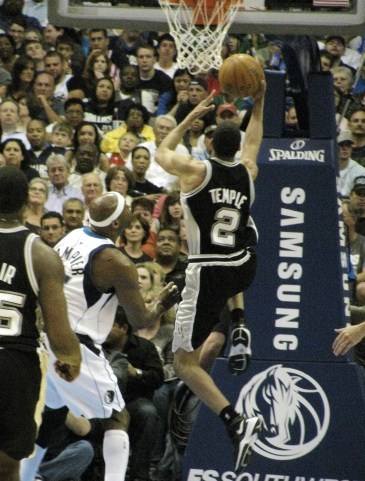 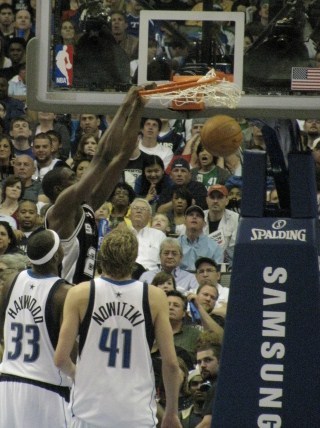 THIS was a slam! The whole basket assembly was still shaking when the ball had been brought to the Mavericks' end of the court. 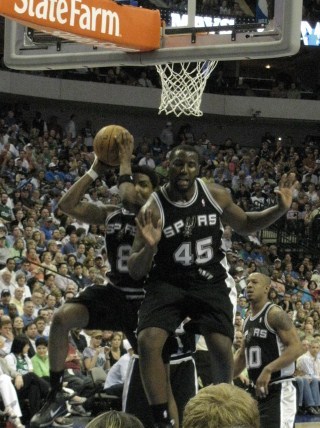 One of the few rebounds DeJuan did not reel in. He had 23 of the team's 52 rebounds. 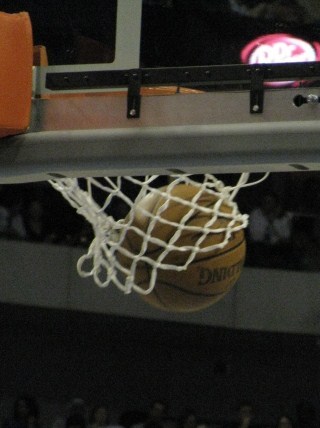