Oh, what a night! It began for me in the Headlines Bar where I encountered this Cavalier fan who had an image of Lebron James clipped into his hair. Funny thing, I saw the same guy Wednesday wearing a Kobe jersey. He lives in SA - I think he should move! 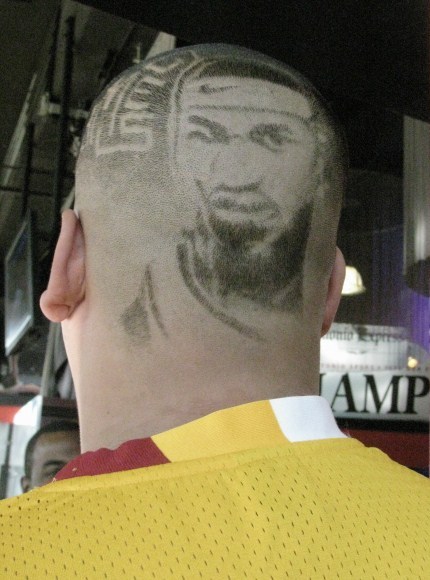 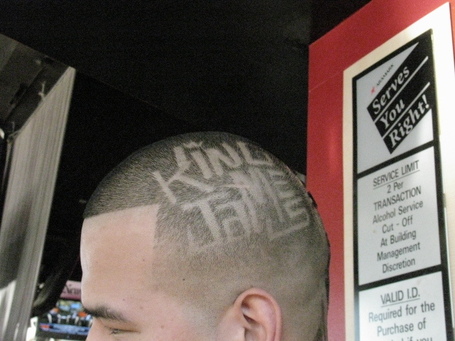 Manu was Supermanu again tonight, so let's just feature him up-front. He did it all: draining threes, dunking more than once (was it 3?), 6 rebounds, 6 assists, a steal, clutch free throws, good defense, taking the charge (and celebrating while on the floor on his back by pumping arms and legs), and managed a pre-game smile to his very pregnant wife as she left the court after being part of a group of Spurs wives who presented a $45,000 check to the Spurs Foundation from the sale of their calendars. 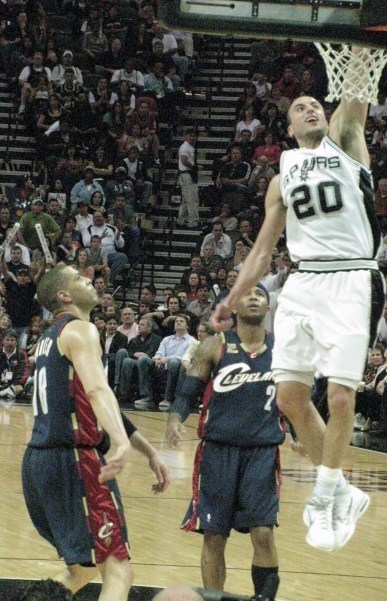 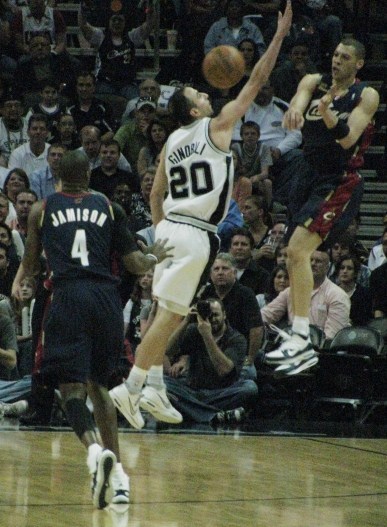 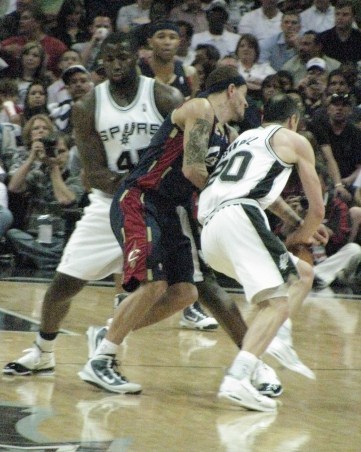 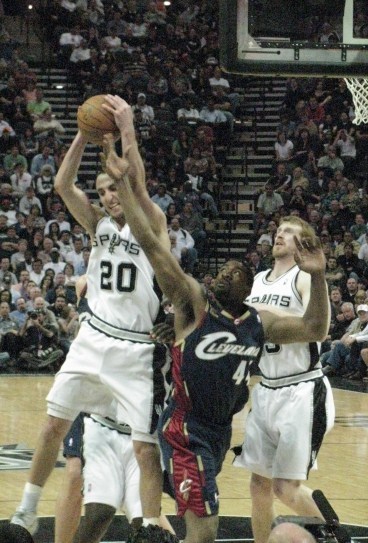 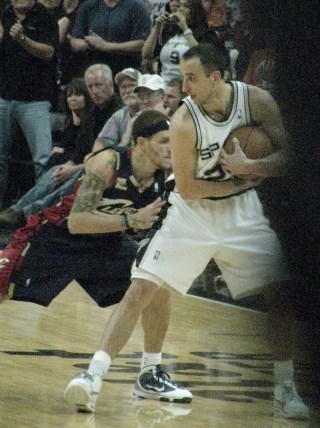 This one's for you, JollyRogerWilco. . . and note that he is once again wearing those lucky grey socks. 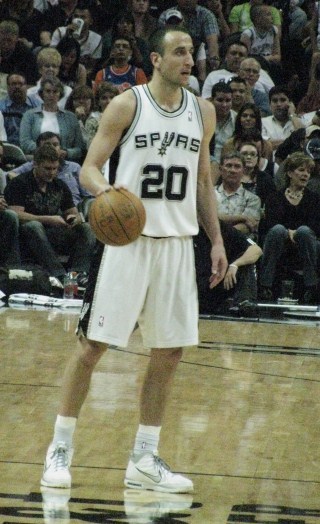 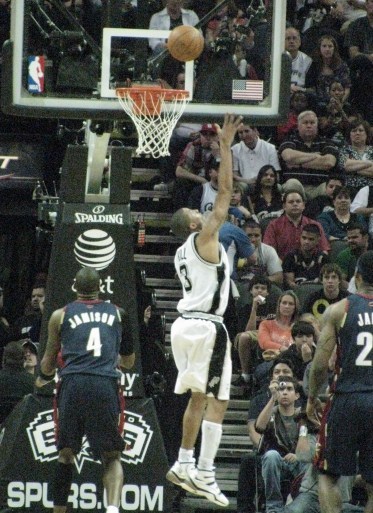 DeJuan threw one down before Big Z Ilgauskas could react . . . 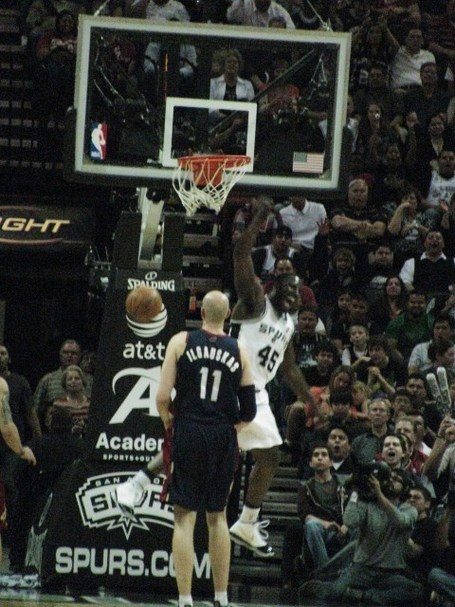 Ilguaskas is 7-3 to DeJuan's 6-7, but The Beast has him by 5 pounds, if you can believe the line-up listings. Big Z's legs go on forever, especially the bones in his calves. 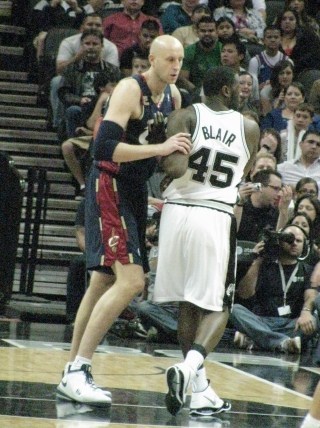 And perhaps my best photo of the year . . . the Red Rocket's Dunk. The pro photographers got this from the opposite view, and LeBron is not in their shots. I'll print this and give it to Matt as he was wondering where LBJ was. In Argentina, this is called a "volcada". . .Thanks, LD! 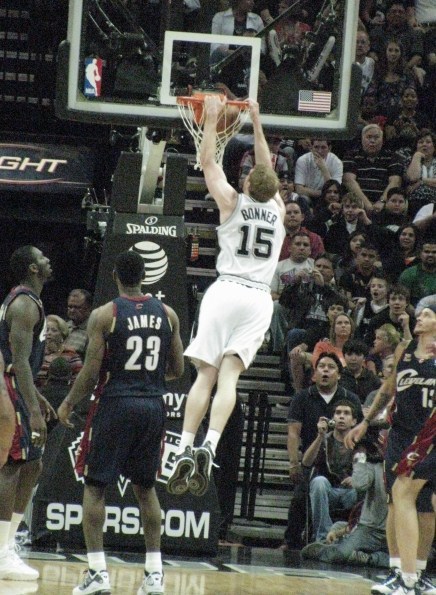 Some nights it doesn't matter if you're the King, LeBron. . .and now that guy can shave his head! 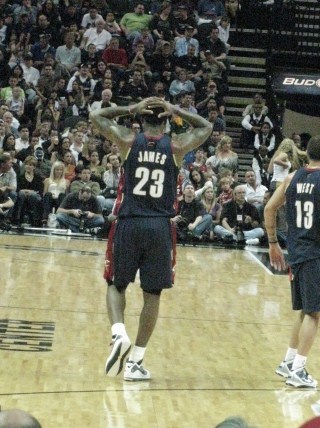 This Spurs fan finished a close second to the Cav's fan in the costume contest . . . 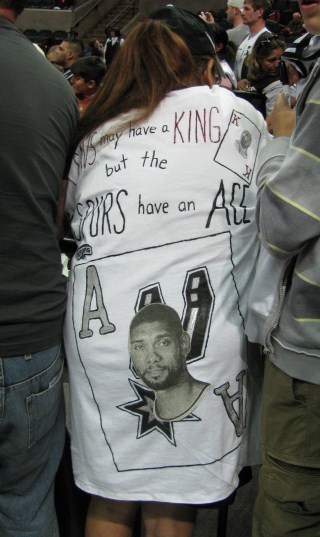 Happy Spurs celebrate the victory quietly, no showboatin'; Look at the length of George Hill's fingers, compared to Manu's. . . 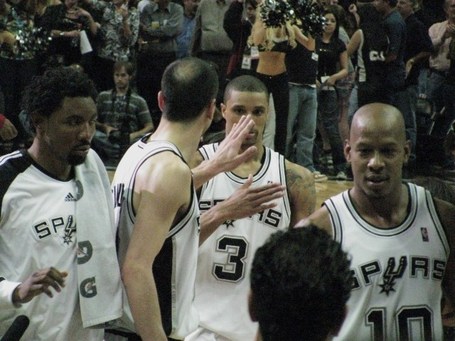 And the man with no swagger leaves the court . . . 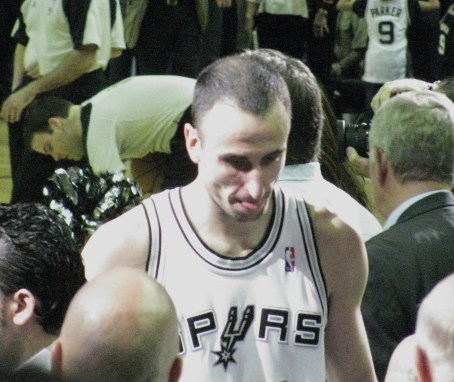