What follows is a reply to WillyD's recent comment that got too long to simply post as a reply, so I'm sharing it here.

Feel free to follow me beyond the jump, but I warn you: there is ranting. 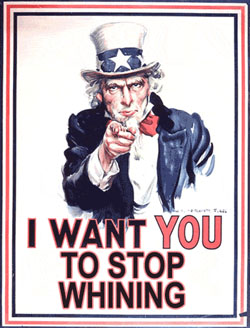 WillyD, when the Spurs dropped Ratliff as they did, for so little in return, it tells us that when we thought that "he could’ve been a crucial part of a playoff run," (as you said) that we weren't being realistic about his ability to contribute, or the staff's confidence in his postseason capabilities.

I'm tired of the whining from people who seem to assume that they know more from watching the Spurs play, than the coaching staff and front office know from working with and living with the players on a daily basis. Maybe without GhosTown's drum-banging I wouldn't be so fed up, and this isn't a bust on Willy specifically, but on the current attitude that's pervading PtR. 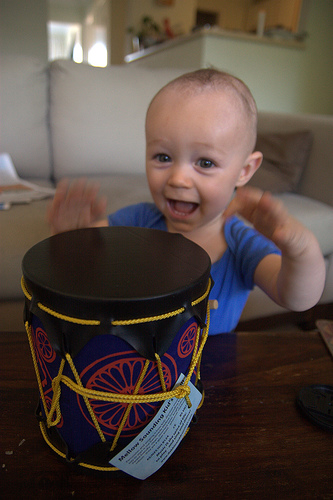 It's easy to believe that Pop and R.C. know what they're doing when all is going well, but just as soon as we lose a few games that "we should have won" watch all of the naysayers come out of the woodwork. Yes, Scola was a mistake, but we can't expect them to be perfect -- no one could live up to that!

Let's try cheering for the team and seeing where the season goes without assuming that with this move "They waved the white flag on the season and gave the middle finger to the fans in one fell swoop." How about actually withholding judgment at least until the Rodeo Road Trip is finished? I know it's easy to doubt, but can't we at least let the team play their games and hope for the best?

Wouldn't you feel worse as a fan if (after trashing the FO and the coaching staff, and assuming they have no shot in the playoffs) the Spurs put it together and went on a deep postseason run? Wouldn't you feel like a fraud cheering for a team after giving up on them?

I know I would.