Well all of these trade machine posts got me interested in trying out the little ditty on ESPN.com. At first I found it a little confusing but I got the hang of it now.

So we all know my opinion on this season and what I would do if I were in charge of the Spurs: trade Manu and Parker (Parker is optional). Look, Manu most likely won't be resigned, so I say get something for him instead of just letting him walk out the door. Just cause I hate his inconsistencies, doesn't mean another team would like to have a playmaker like him.

As for Parker, I say he's optional because he's still fairly youngish and could still be a great player after the plantar fascimpossibletospellitis goes away. Though I don't like his bad passing and inconsistent shooting throughout the season. Also there is Hill who is really impressive. Yes, I do indeed think he'd be ready to lead this team from the PG spot.

Now then, without further ado, I bring you KA1Z3R's Trades, if only to help you understand my madness.

I like this because we get Stephen Jackson who is a terrific scorer and a previous Spur. He'd already be fairly acquainted to the system and would therefore not take too much time to adjust (remember though I'm thinking towards the future). Flip meanwhile is a decent enough guard option (possibly a third point guard option)

Stephen gives us some vet leadership and will help with the transition period for a couple years. Murray leaves after this year so he's a pretty good option for an expiring contract.

I think the Bobcats could do this because they get an expiring contract if that's all they see Manu as, or a great veteran playmaker if they wish to resign him.

I'd rather we not give Manu to the Rockets and set them up to be a dominating team (with Ming possibly being back next year) but we would get a good defending wing who can score. Plus everyone would love Shane Battier in San Antonio. We also get Carl Landry for a year, a much better backup big man than anything we have and possibly even a starter. I also like Landry better than I do a certain Tyrus Thomas.

This is probably my favorite option. We get Sefolosha who at 6-7 can play either SG or SF. Either way he plays terrific defense and has some decent defense. He is also young, and is still developing. Perhaps he could be Bowen-esque here in San Antonio? We also get yet another young player in Nenad Kristic who is the 7'0 center we've been clamoring for. Another quality defender and a decent post player, I'd like to see how Kristic would develop under Duncan for a couple years. Ollie is thrown in because of the salary thing and would be an okay backup point. He's also an expiring contract if we don't want to keep him.

OKC would get another star to pair up with Durantula and one who could teach Harden. I think OKC would love to have a player like Manu to be paired with Durant to make themselves a force in the West for the immediate future.

Going forward with the Parker trades, this is the Manu move I will be using to evaluate the final roster.

You can call me crazy for wanting to trade to the Nets, but they need whatever the hell they can get. Plus this gets Parker out of the West and to a sucky team. We however wrestle away Brook Lopez. A truly dominating center. A center tandem like Lopez and Kristic going would be something special in my mind.

Simmons's massive contract is only one year and I doubt we resign him after this year. He's only there to balance out the salaries. Lopez is the focal point of the trade here.

The Nets would get Parker to pair with Devin Harris. A group of guards like Parker, Harris, and Lee could be very promising for them moving forward. Bonner is thrown in and is merely an expiring contract for them. It also clears up space for us with Kristic and Lopez already here.

Omri Casspi, the man we (well at least I) wanted oh so badly in the draft. If anything can pry him away, i think it would be Parker. Sacremento could move Evans to a more natural SG spot, Martin to SF, and have Parker manning the point.

Casspi could come in and develop into one helluva small forward, plus we get Nocioni for quality depth. Rodriguez is there to make the salaries work and is an expiring contract. Something about a core of young players like Hill, Blair, Sefolosha, Casspi, and Kristic moving forward just seems so fantastic to me, plus Duncan and Dyess would still be around for veteran leadership and such. This is definitely my preferred trade.

So let's look at the final roster here (after this season is done, Parker would be better traded after this year. Manu however is a trade now!):

Obviously moves would need to be made for depth at the guard spots, but overall this is a young group of very talented players that could become an amazing team depending on how Mahinmi develops. There's also Tiago Splitter looming in the future.

There's also Nando De Colo and Malik Hairston, both promising prospects. Who knows what else we'll draft that could be added to this as well.

Hopefully my madness seems at least a little more sane. Well at least my madness of trading Manu and Parker, no one could understand my Sunkist and Scrubs lust.

Thus the Sunkist has spoken: 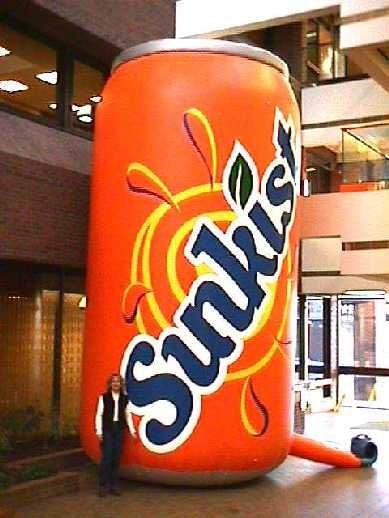 What do you think of my team of the future?