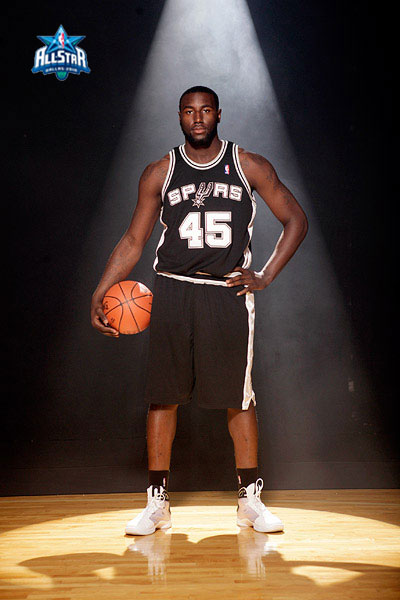 I was supposed to make something epic but all the losing give me reason enough to be lazy. But hey, it's the All-Star Weekend and for three nights, we should try to forget our beloved team's woes and have fun, right? After all, this year's extravaganza will be held in the Big D - Dallas - yes, our in-state rivals owned by the shitstorm-rich Mark Cuban (sorry about that last remark, I think I still have a hangover from Romes' fecal post).

Anyway, if you're watching the festivities at home and have something interesting to say about what's going on - like LeBron dunking the same dunk (wait, he didn't join the dunk contest! Laaaaame!) to Damon Jones doing a crappy Larry Bird impression ("Y'all are playing for second") and then shooting a glorious stink bomb - come, join us after the ju-ju-jump.

Nobody cares about the celebrity game, except maybe that Big Shot and Balls Rob is playing, so let's not talk about that.

First up this weekend is the T-Mobile Rookie Challenge where DeBeast himself, DeJuan Blair is playing.

Pop quiz hotshot: who was the last Spur rookie to have played in the Rookie-Sophomore game?

You'd have to go 8 years back to see a furriner with the name of Tony Parker and his other friends put the Sophomore team to shame. It also helped that they were playing the worst draft class ever - K-Mart and Mike Miller, anyone? How about a Lee Nailon or a Marcus Fizer? TP scored only 6 points but lookee heeere... he had 8 assists! See? It's not that bad after all when you put stars around Frenchie, because he knows how to pass. Now, get off TP's lawn. 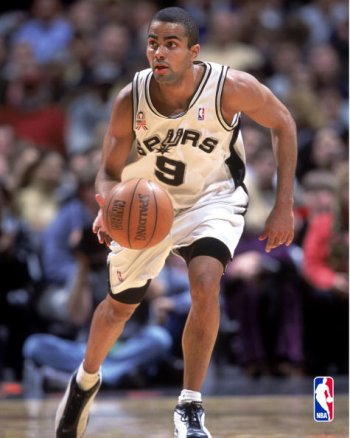 That's a young stud, right there.

In the 10 times this game has been played, the Rookies have only won TWICE. And sadly, despite the Blairness Monster backing up this year's neophytes, the Sophomore team is just loaded like Gilbert Areneas' guns. Okay sorry, bad joke. Here's the lineups for this year's Rookie-Sophomore war:

Did you know that Danilo Gallinari's nickname is "The Rooster"? Italians love him and fondly call him "The Big Cock." For fear of getting banned, I will just refer you to a commenter on Gallinari's website by the name of Francy May. I think she put it very succinctly, if I may just say that.

Also, Chris Bosh will be on the coaching staff of the Sophomores while perennial Nobel Prize Lauri-ate Kevin Durant will do the same for the Rookies. Talk about the NBA's long-term planning, trying to influence stars to be coaches later on in their careers by giving them a headstart. Tsk, tsk... shame on you David Stern!

Anyway, I won't keep you waiting so let me just leave you with Brandon Jennings' retro high top fade. 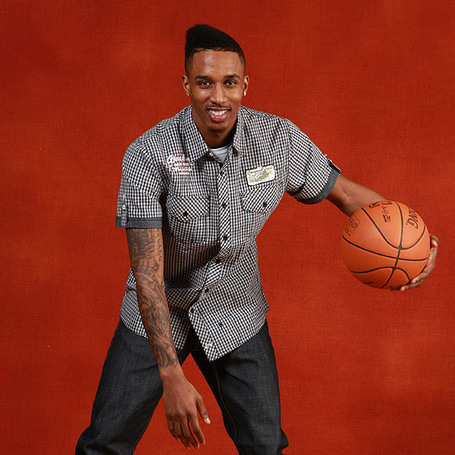 So there's actually a barber shop that specializes in these things. Crazy.