Let's Pick on Someone Else: Patrick Ewing

Share All sharing options for: Let's Pick on Someone Else: Patrick Ewing

The Spurs are still struggling to develop an identity. I feel like I'm watching a movie in which the protagonist has multiple personality disorder. It's disturbing, unpleasant, and worst of all impossible to predict how it will end. More than any other year, the Rodeo Road Trip will make or break this team. They will either come together or the wheels will come off as the wagon falls off the cliff and crashes in a fiery mess; bodies strewn about like guns are in the Wizards' locker room. So rather than elaborate on the unpredictable, somewhat depressing state of the Spurs, I thought I would focus my negative energy on someone else.

Now that we are on the subject, what does Patrick Ewing do? I was watching the Celtics, Magic game Thursday night and in the second quarter, Dwight Howard stepped to the line. As Dwight was preparing to attempt his first free-throw, Reggie Miller chimed in that Patrick Ewing had been working with Dwight Howard on his free-throws. He said that Ewing was teaching him how to put more arc on the ball and to snap his wrist on his follow-through. Howard proceeded to throw two flat bricks up, short-handing both. It's a shot that we used to refer to as a 'rattler,' because the hand would snap back like a snake after a strike, rather than following through as pure shooters do.

Now, Patrick Ewing was originally hired to teach Dwight Howard post moves back in July of 2007. I put this to you, what has he been doing with his time? Because he certainly has not taught Dwight any post moves. Howard still only has one move; that weak running hook into the middle of the paint. Drop step? Nope. Spin move? Nope. Anything that resembles the Dream Shake? Nope. Not only that, but he still cannot shoot. If it's not a dunk or point-blank layup, you hold your breath every time he releases the ball. It's the same feeling I used to get when Stephen Jackson would lead the Spurs on a break. <Breath held, heart pounding> <Jackson dribbles the ball off his foot.> "Damn, I knew that was going to happen."

So, number one is that I have no idea what Ewing does all day. Number two is, what could Stan Van Gundy be thinking? I mean, it's been two and a half years and Howard has shown little to no improvement in his post game. And now Ewing is supposed to convey the art of shooting a free-throw? Is Van Gundy going to hire Avery Johnson as a consultant to keep him from over-coaching? Will he bring in Dennis Rodman to teach Vince the secret of being a great teammate? Will he bring Odom in to hook his players up with sane, attractive women? (This fills my quota of taking at least one shot at the Lakers, even though they have nothing to do with the article.) I mean, come on, Stan.

For his career, Ewing shot 74% from the line. Now, that's respectable for a big man, but he in no way mastered the craft. Why bring in a career C+ student to tutor your son in math? Wouldn't you go after someone who consistently received A's in the subject? Ewing also exhibited a profound lack of post moves during his career. He had that funky mid-range jumper and frequently drove to the basket from the high post. But his back to the basket post moves were limited at best. This whole situation is mind-boggling to me.

So while the Spurs' situation is shaky, at least our best player did not plateau his rookie year. And at least our coach does not resemble Ron Jeremy. And most of all, at least we didn't hire Jacque Vaughn to pass on his knowledge of how to dribble in circles and air-ball layups to young George Hill. 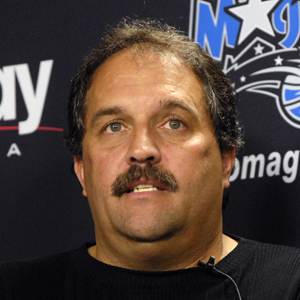 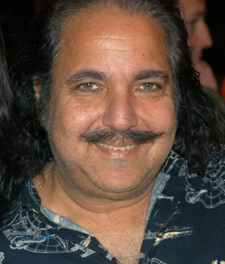