Memo to the folks who designed Golden State's uniforms: that image of the Bridge on the front of the jerseys has got to go. They look like a YMCA league team. And to the Spurs, they play like a YMCA team - it's now 25 straight home wins against the Warriors. 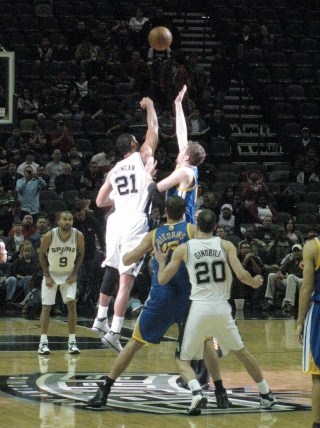 More photos: 25 in a row at home over Warriors

Tony had a good night - 19 points and 9 assists. Stephen Curry was given the task of guarding him, until Curry went out with an ankle injury in the first half. 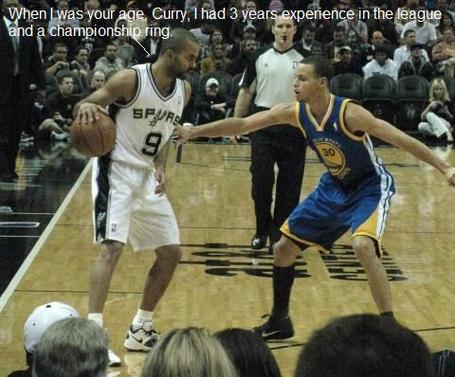 No Air France commercials here for Tony - just a charge call, but it's pretty anyway. 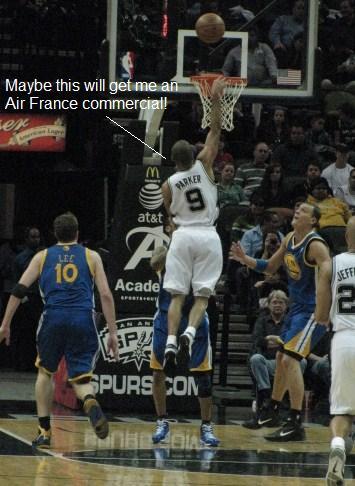 Tiago saw his minutes increase to 24 with 12 points and 6 rebounds. 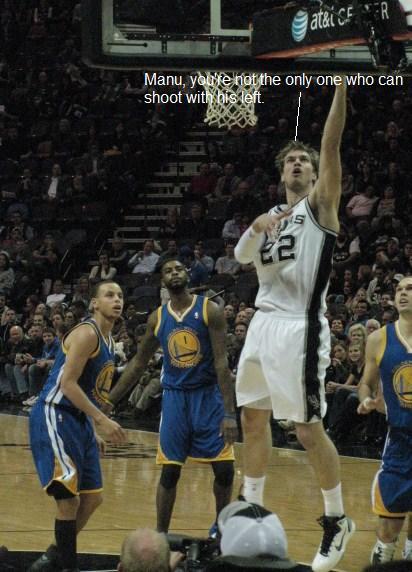 Tiago hit the floor hard on defense in the first half, and came out of the game in obvious pain. 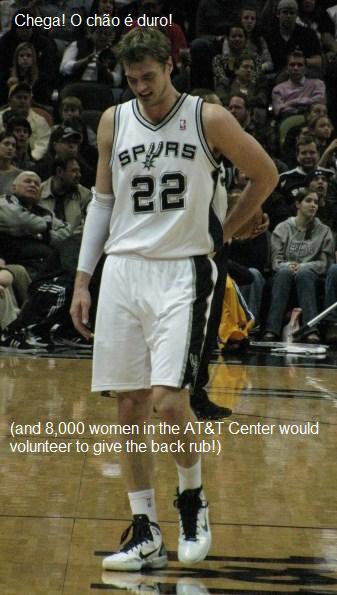 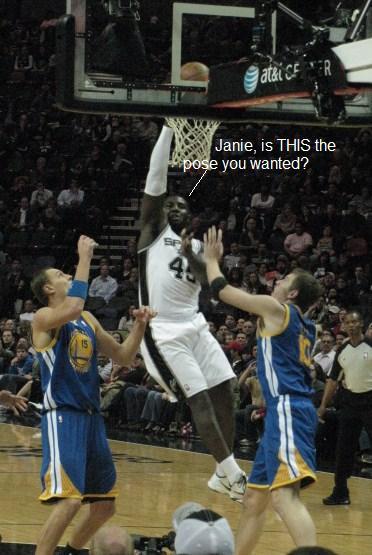 Maybe it's just me, but DeJuan is either wearing a flak jacket under his jersey these days, or Thanksgiving dinner was very good this year! 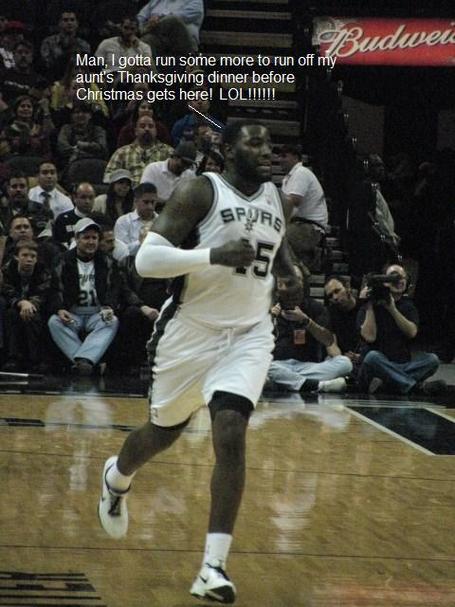 Okay, so Bonner isn't the most athletic guy on the court . . . 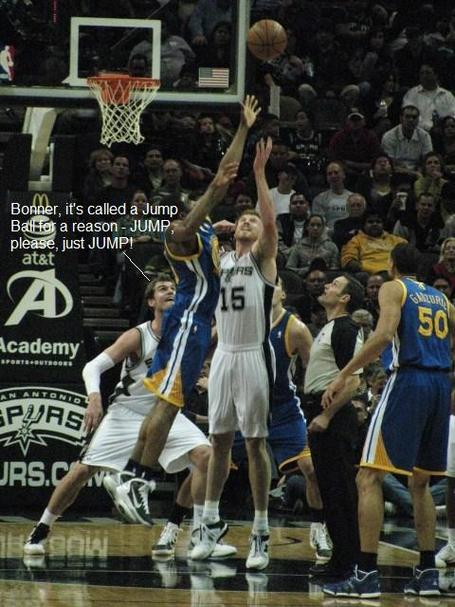 . . . but no one disputes RJ's athleticism. Just ask David Lee. 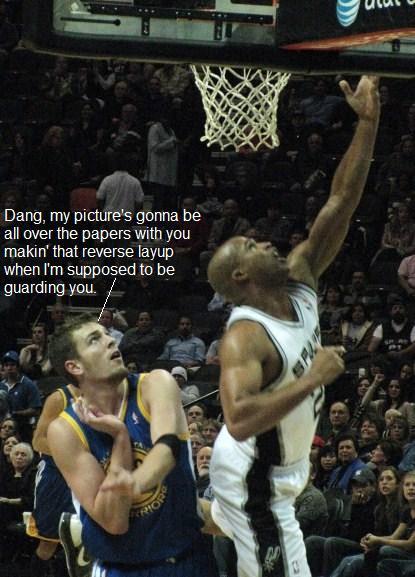 I caught TWO right-handed Manu shots in one game! Is he trying to inspire the twins to be ambidextrous? 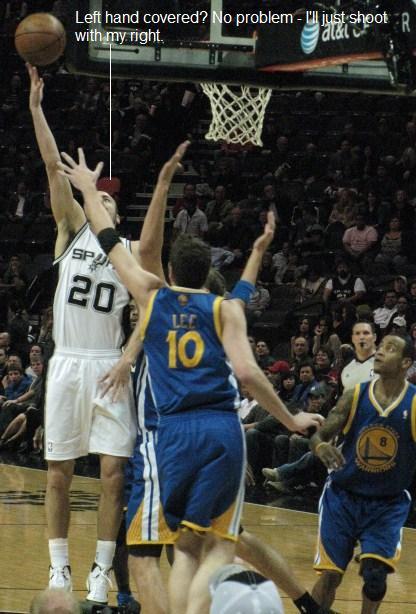 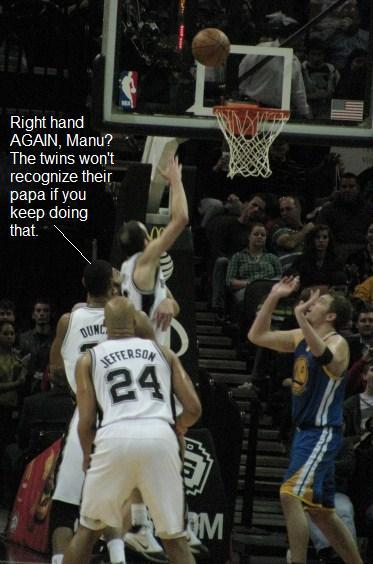 This shot would inspire anyone - just pure artistry on the court! 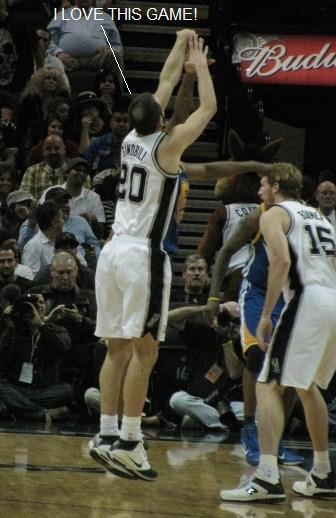 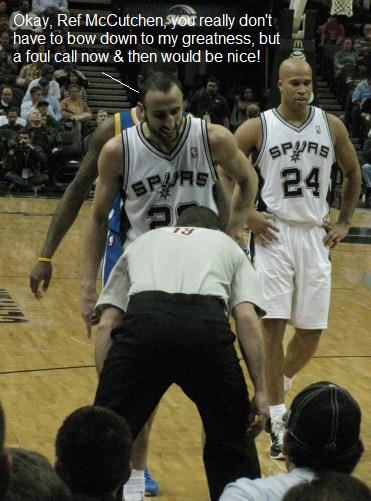 German Solares came from Argentina to see Manu play tonight and Friday. I knew him only through Manu's website, but picked him up, took him to get a Manu jersey, and got him at the rail to get Manu's autograph. He also got to "high five" the team as they came out of the tunnel. He said his heart was racing 200 beats per minute as Manu signed for him and posed for a photo. 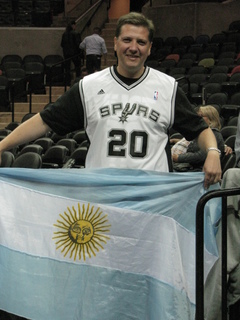 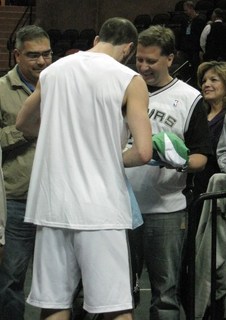 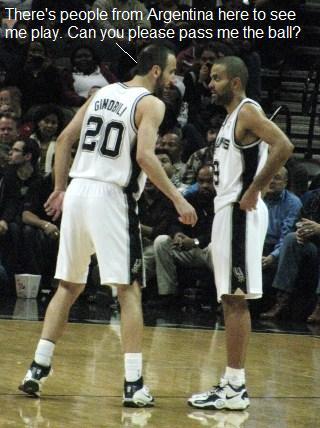 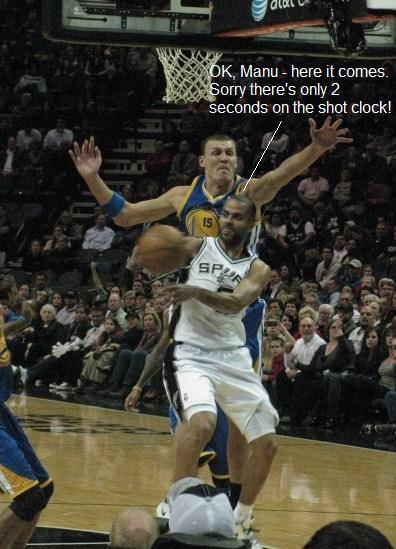