First off, apologies from the PtR staff for not having an official front page recap for this most recent Spurs victory. This recap is somewhat brief...

AaronStampler hasn’t posted his habitually superb recap for this game yet (at the time of this post) but if you want a more in-depth review of the Spurs dominating performance, I suggest you check it out when it becomes available.

A bit of a warning though... Stampler can be a bit... salty. 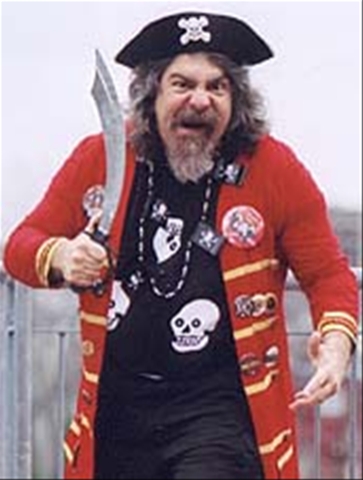 AaronStampler on a good day.

I had the fortune of attending this game via extra ticket of a friend. Although I switched sides at half time, my view was from the upper deck (mid-court). I focused on two things from this vantage point; Tony Parker’s defense on Chris Paul and the Spurs' off-the-ball movement on offense.

From Paris, with love.

As mentioned above, my attention was on Tony Parker while the Spurs were on defense. Throughout the season I have felt like Parker’s off-the-ball defense has improved. The constant change in camera angle and zoom doesn't really provide the proper study of this so I made it a point to focus on the Frenchman's D.

Parker was slipping screens, cutting off the passing lane, and sticking to CP3 like a shadow. Parker didn’t do too bad when the ball was in Paul’s hands either. From my memory, Paul stuck two jumpers off back-to-back high screens early in the first quarter. The Hornets rarely got a good look off a screen after that. Parker was communicating well with his bigs and was moving through/around the screens without having to switch-off. Chris Paul finished the night with 16 PTS on 5-13 shooting. 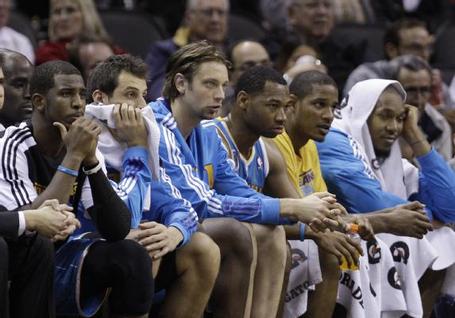 David Anderson: As majestic as Gomer Pyle on downers.

The Spurs ate the Hornets alive with screens and pick and roll attacks. Even when there was a bad pass out of a pick and roll, the Hornets usually over-collapsed on the big men* leaving the Spurs deadly perimeter shooters open.

*Except Matt Bonner. For whatever reason, New Orleans felt it was alright to allow Bonner to float behind the 3PT line after setting a screen.

It didn’t matter what two players made up the screen game, New Orleans either played way too loose on the shooters or found themselves on the short end after a defensive switch. How many big men do you think can handle Tony or Manu away from the basket? Simply put, the Spurs offensive game plan consisted of three words; Screen. Drive. Kick.

Or maybe just one; Domination. San Antonio finished the game with a blistering 58.6% (41-70) on the floor including a 50% (11-22) performance from deep. The offensive onslaught was not properly represented in the final score; 109 – 84 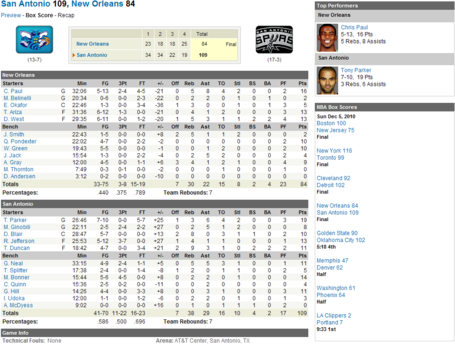 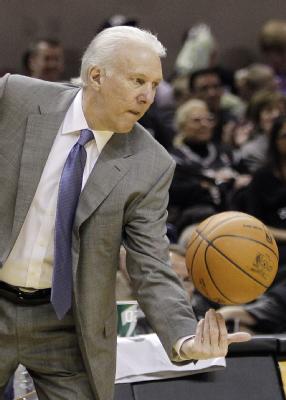 I know Quincy Pondexter had a decent stat line but he mainly played garbage minutes. 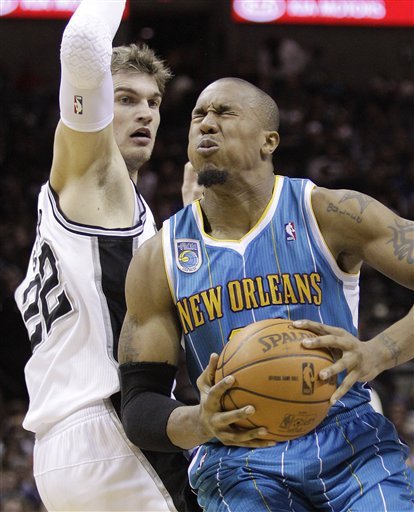 Splitter with some stenchy defense late in the game.

Quick Shots: What the hell is an "assist?"

This post will be updated throughout the day. Again, apologies for the last minute hack job. Please check out AaronStampler's review if/when it becomes available in the FanPosts section. You won't regret it.