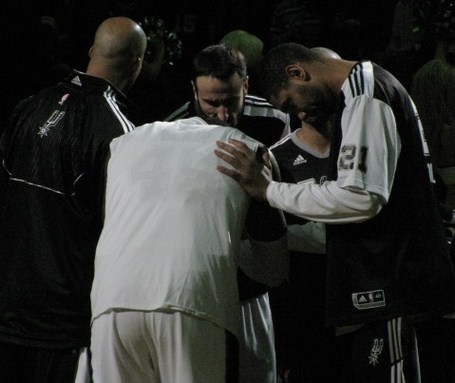 The only swarm in the AT&T Center tonight came from the Spurs.  They were swatting the Hornets with a fury equal to Manu going after a bat.  A very focused and determined Spurs' team decided from the start that they were not going to dig themselves a hole tonight.  At one point in the first quarter, they were shooting 75% from the field.  The Hornets were shooting around 50%, and were trailing by almost 20!

Let's take a look at some pretty moves on offense first: 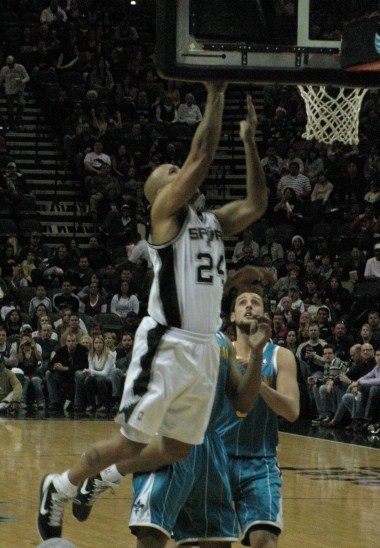 This is just TOO easy! 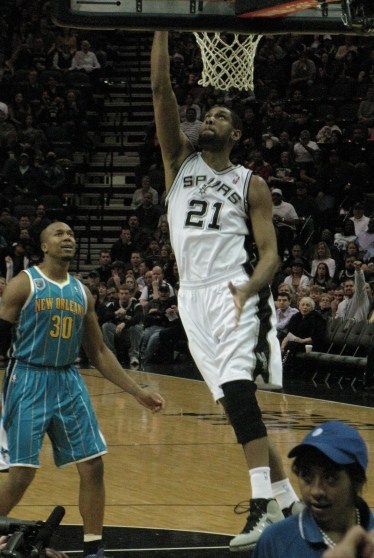 Tony was scoring at will tonight - he looked for his shot a lot, but still managed to lead the team in assists. 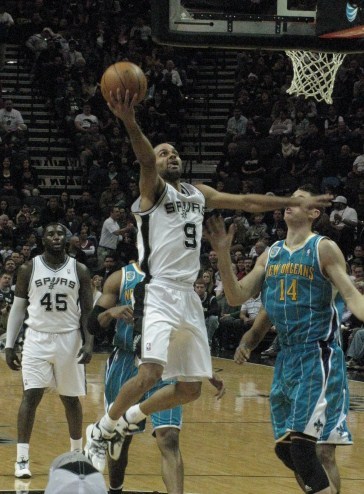 This was vintage Manu - dribbled around, couple of shot fakes, then stepped back for the three. Let's just say school was open for Andersen. 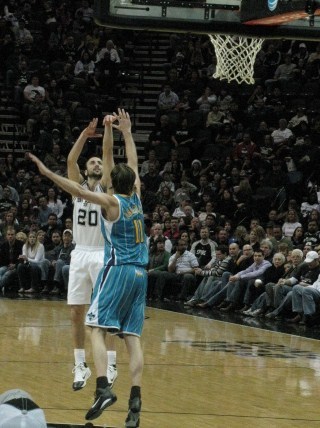 This is just pure basketball ballet. 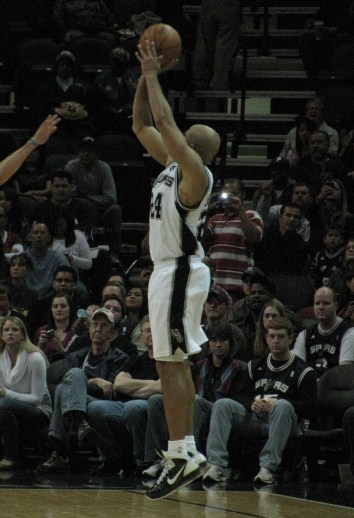 And Tim was just as effective in the second half. 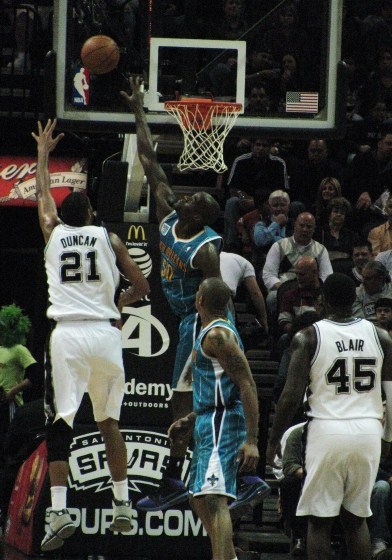 And then there are the shots that are beautiful and POWERFUL: 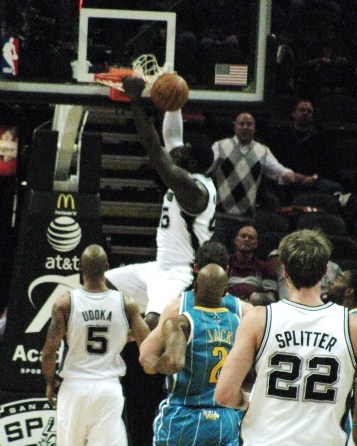 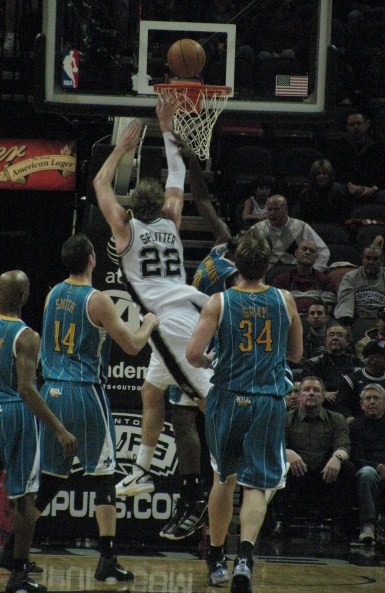 And now, just some interesting photos:

This photo was taken during introductions in a darkened arena. 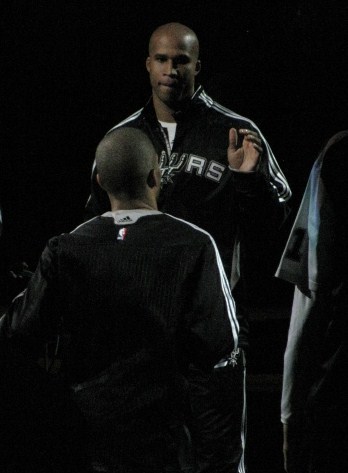 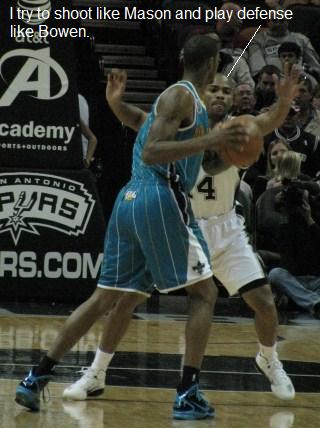 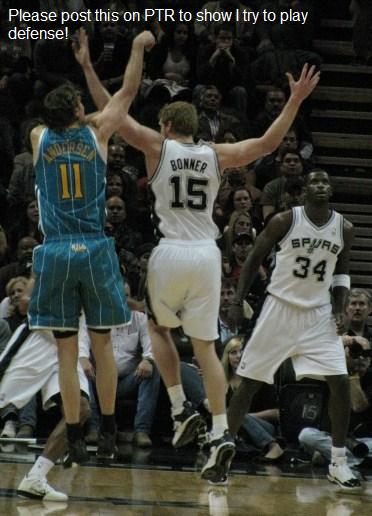 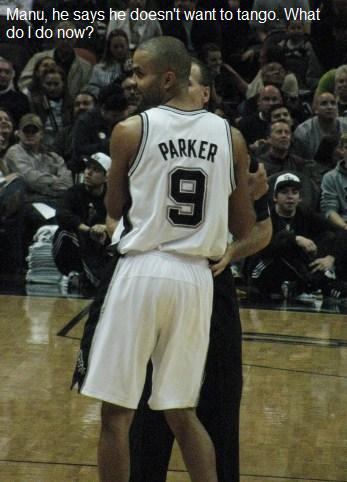 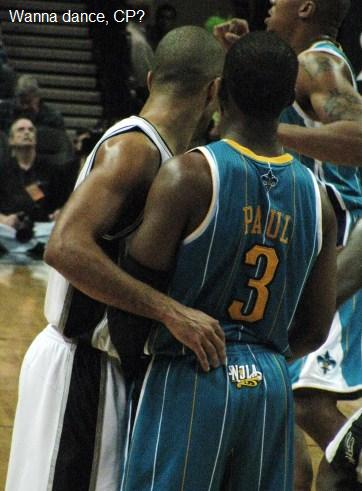 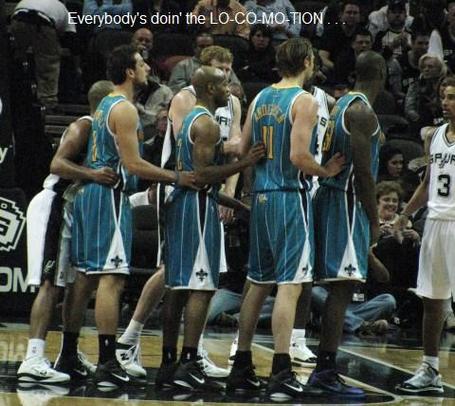