Being in Dallas for this game was just plain fun! The final score was deceptive because the Spurs backed off on defense in the last minute to let the Mavs drop a couple of threes.

The fun started outside the American Airlines arena in the plaza area. On the giant video screen on the side of the building Dirk was being interviewed. I couldn't hear what was being said, but I couldn't resist photographing the image of Dirk beside the NBA championship trophy. 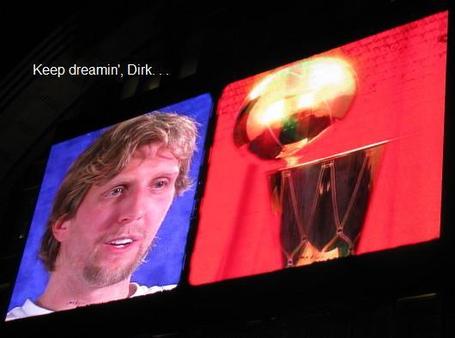 The Mavs will give free tickets to an area at the top of their lower level to the fans with the craziest attire. These two groups made it. On the backs of their "tighty-whiteys" the first group spelled out CH-AN-DL-ER, since Nowitski was not playing. 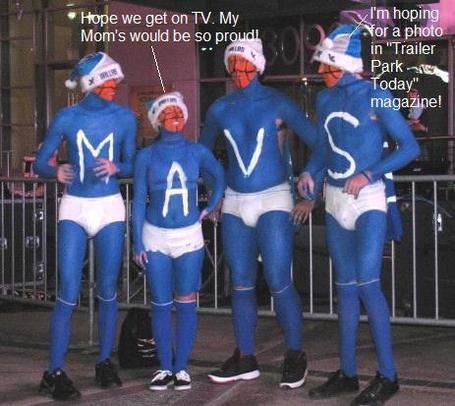 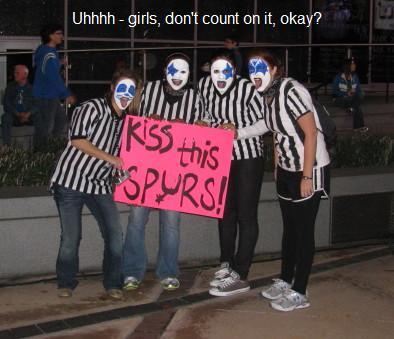 The Coyote won't be challenged as Best Mascot by Champ - 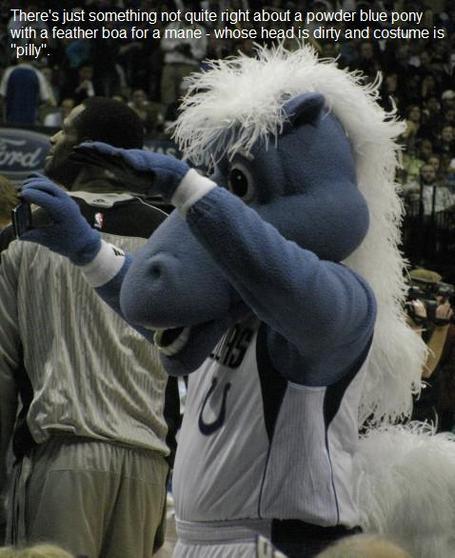 Tony got out on a fast break, but Kidd caught up and blocked his shot, making all the highlight reels. 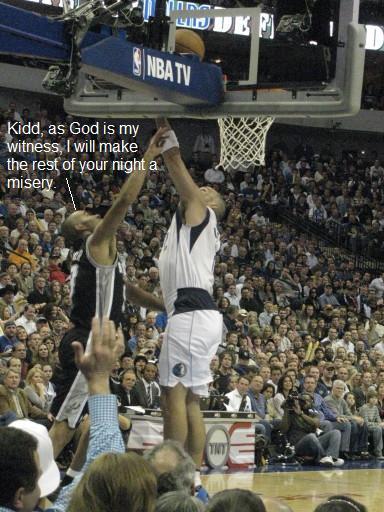 Tony then went to work on which ever Mav was guarding him, Kidd or Terry. 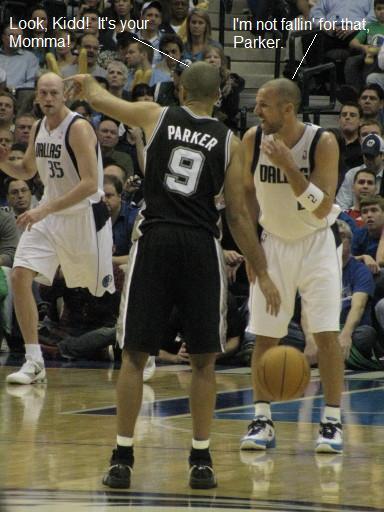 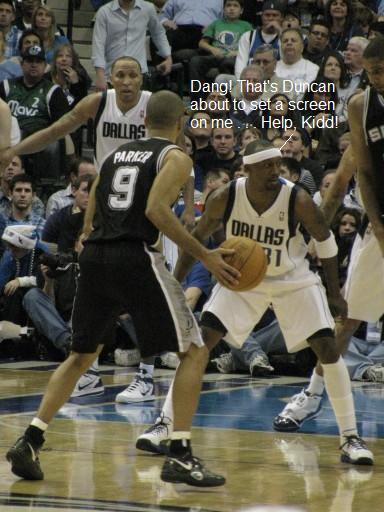 Mavs owner Mark Cuban interrupted a vacation in the Caymans to fly in just for the game. 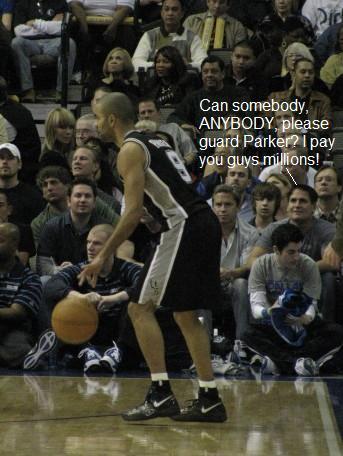 Manu forced Butler into an offensive foul that had all the Mavs fans screaming "flopper", but he really did get bumped pretty hard. 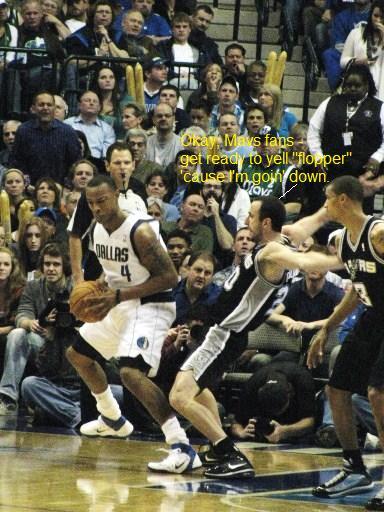 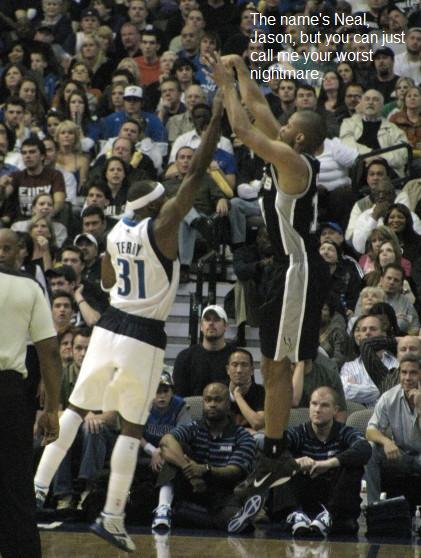 And now for the fun pics -

Everyone knows how Pop hates those in-game interviews, but he seemed to be enjoying this one. 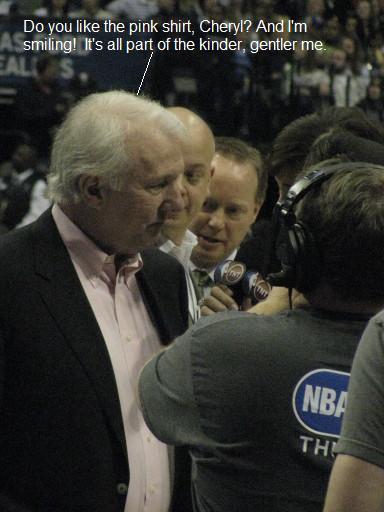 What Tim and RJ were doing in this little pre-game exchange is something only they know. 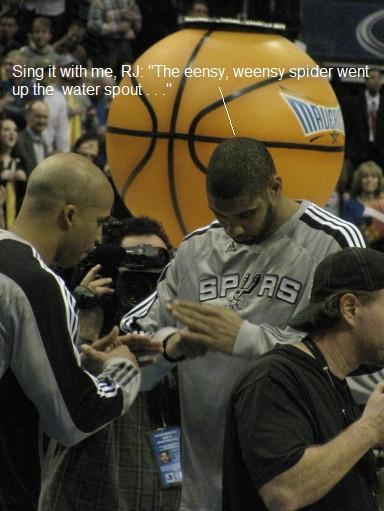 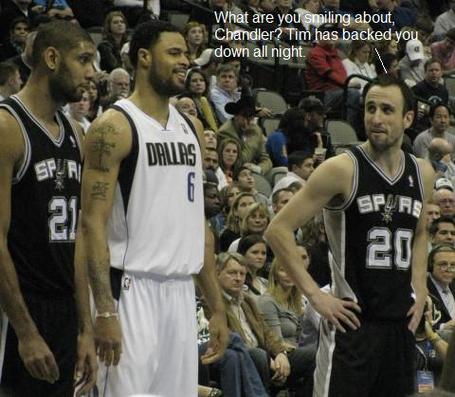 And a closing salute to Gary Neal's performance in this big game. 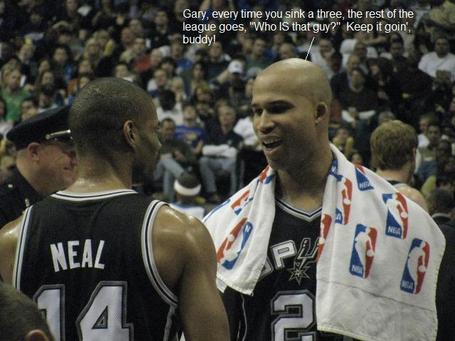