Nice warmup, get-back-in-the-groove game before the tough ones come our way. A couple of random stats that arrived in the post-game e-mail the Spurs send to season ticket holders: Manu scored at least 20 points for the fifteenth time this season - last year he didn't reach that milestone until March 16; the defense held a team to 80 or fewer points for the second time this year - we only did it three times the entire season last year.

Needless to say, the fans in the AT&T Center are getting excited, even the ones I refer to as the "Frozen Chosen" - witness the proof seen in this photo. Heck, even David Robinson was clapping along on the other side of the arena! 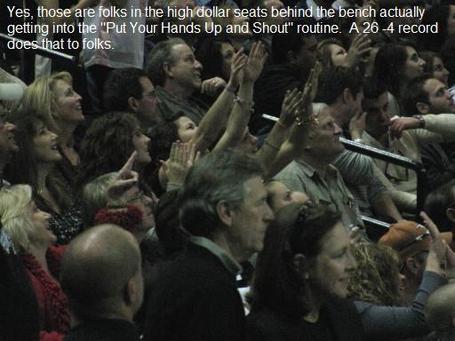 Manu put on a three point clinic tonight. hitting 5 of 7 (one miss was a 42 footer at the first half buzzer). Nick Young was in his face on the first one, but after that he backed off on the second one. Kirk Hinrich took a turn defending him in the second half, before the Wizards just gave up and left him wide open! Sit back and enjoy the beauty of it all, kids. 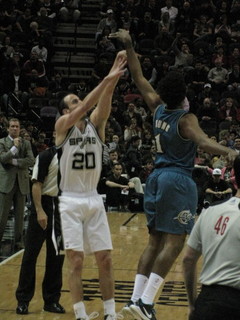 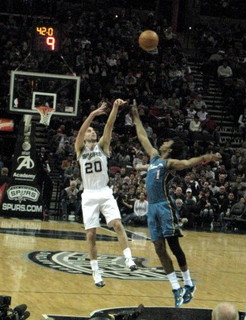 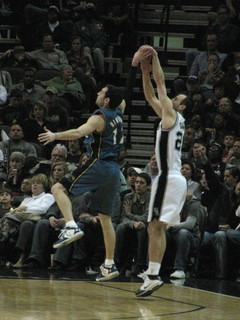 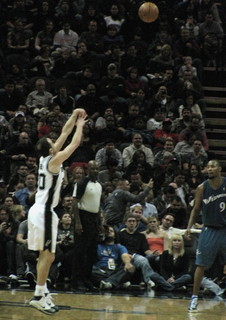 And then there were those three steals late in the game. One led to a dunk on the other end, and I had the choice of risking trying to zoom in and focus quickly enough, or just stay zoomed out and get the sure shot - you can see by the shot clock that he stole the ball and raced to the other end in 3 seconds. 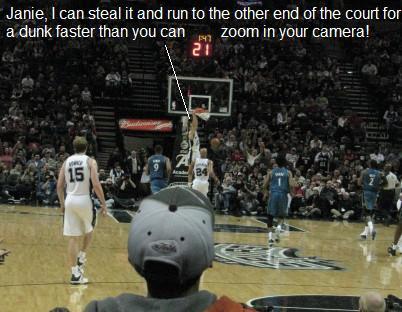 George Hill was back in action tonight, wearing some really great looking silver and black patent sneakers. His little brother (age 9) sits behind me at the game, and George told a great story about him on Twitter today. They flew home to Indiana for Christmas, in first class on the plane, to the delight of his little brother. He told George he would some day take good care of him the same way George was caring for him now, and he was saving his money to do so - $113 so far. 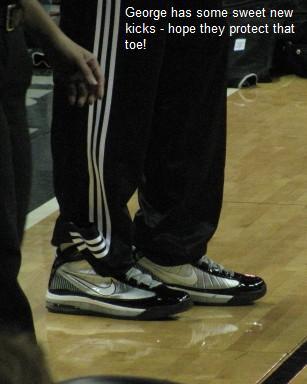 Tim came to work today, too. 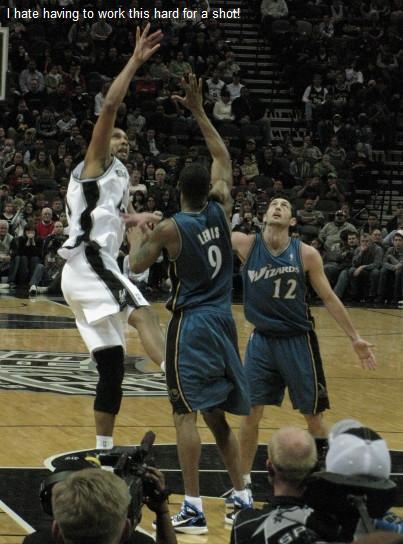 Win or lose, The Man With No Visible Emotions always looks the same. 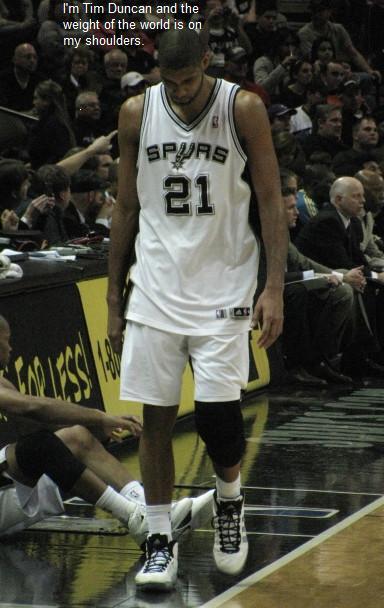 Tiago played really hard for the five minutes he was in the game, but had little to show for it in the stats. 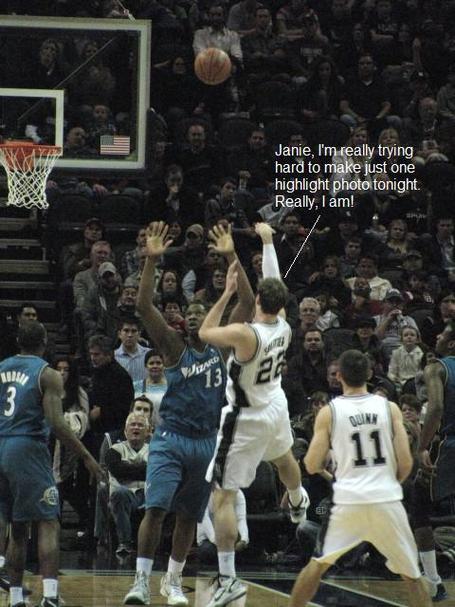 And then there were the usual conflicts with refs - Tony showing his French disgust, and Pop having summit meetings with at least two of the refs. I'm really glad those "respect for the game technicals" have slowed down. 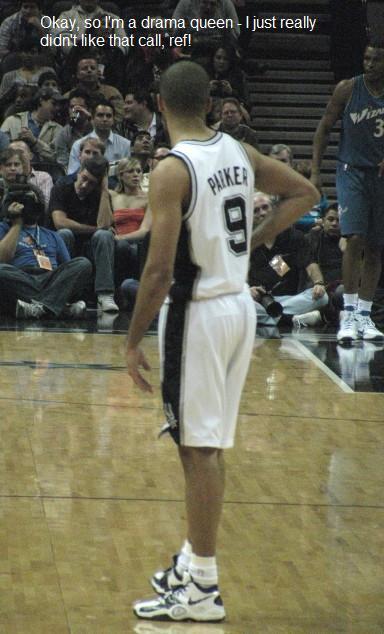 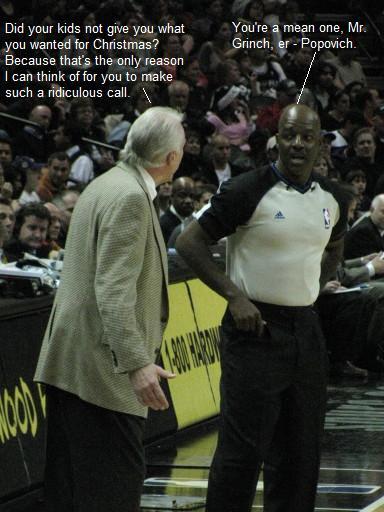