With the Spurs down nine after three quarters, they started the fourth with a lineup of Quinn, Neal, Bonner, Splitter, and Ginobili. In the 6:08 that group was on the floor together, they outscored the Nuggets 16 - 6, and the Spurs were back in control. Every member of that group had a plus in the +/- line on the box score tonight. As Tiny Tim would say, "God bless 'em, everyone!" 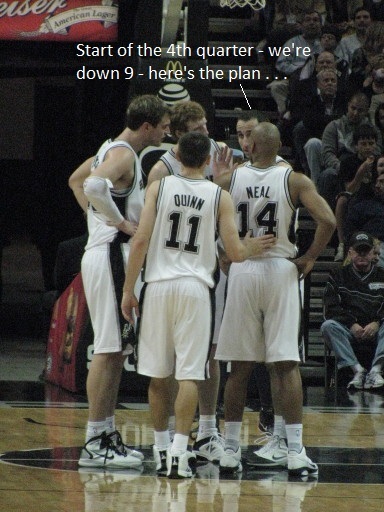 Before the game, I drove down Houston Street to get a photo of this mural painted on the side of a building. 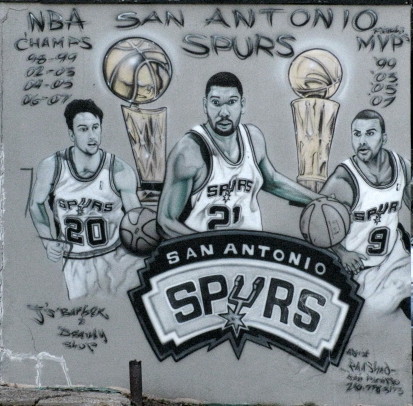 This guy makes these things. When I asked him what it is made of, he said that was a trade secret (yeah, like I have the equipment, know-how, and supplies to duplicate it). I'm just glad I didn't have to sit behind him! 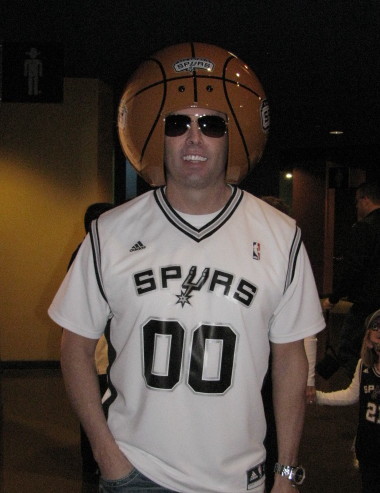 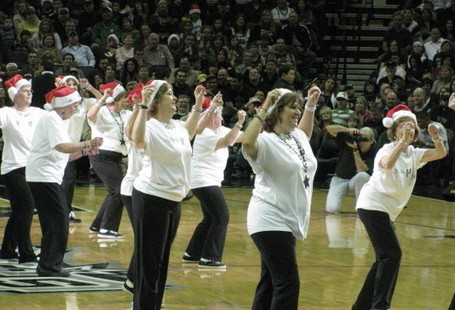 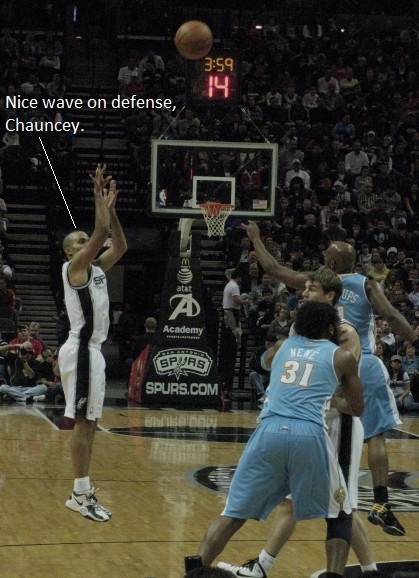 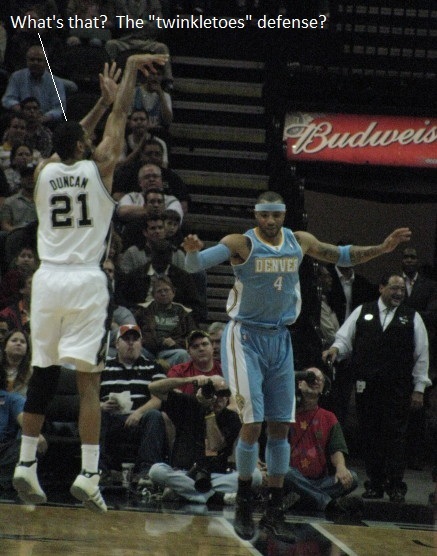 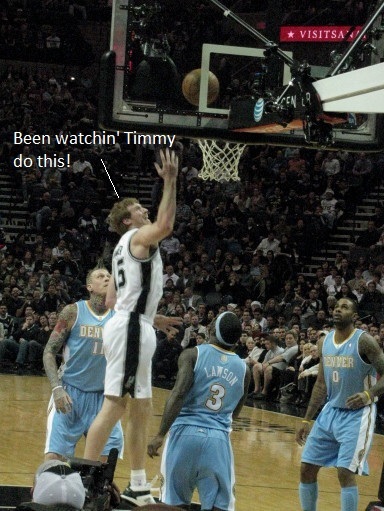 Poor Matt - he was fouled on a three-pointer and missed all three of the free throws. The crowd just groaned. 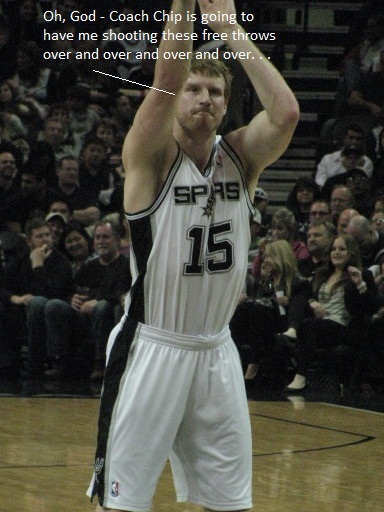 As reported in the recap, the Denver announcers called Bonner the ugliest good shooter in the league. . . 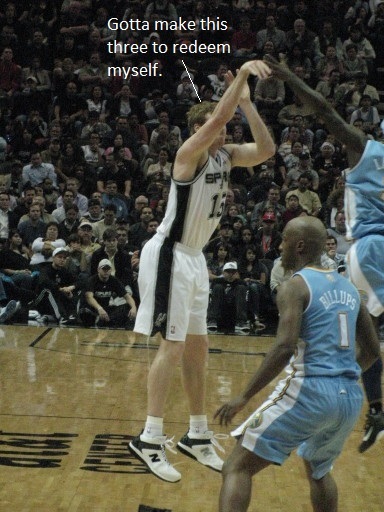 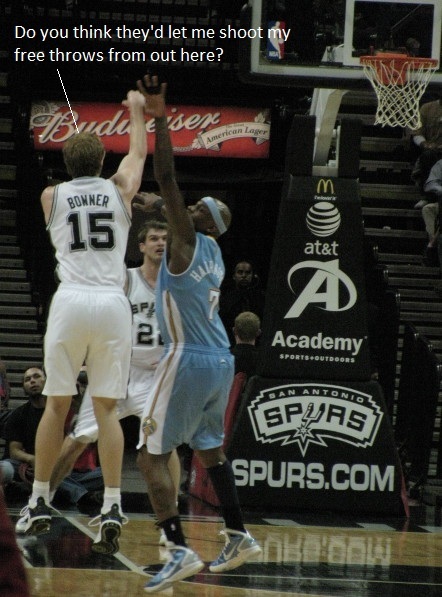 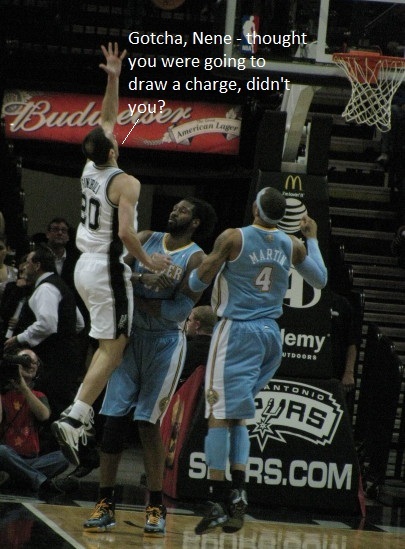 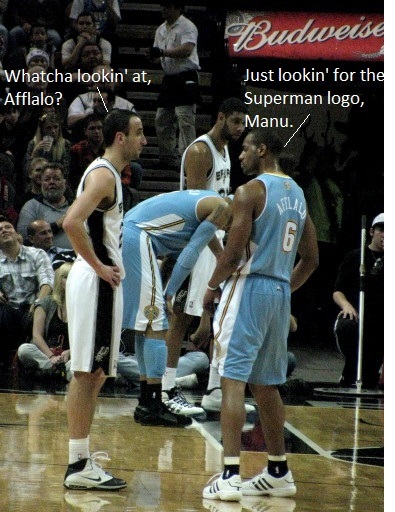 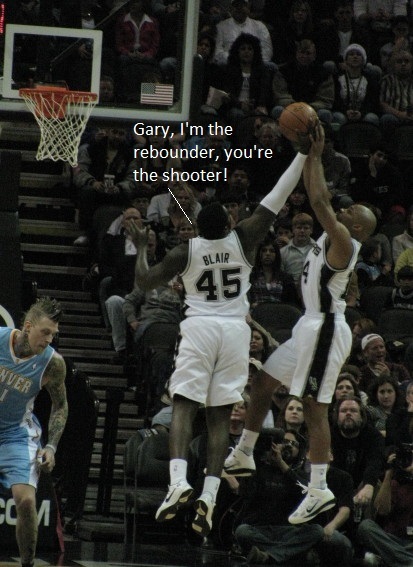 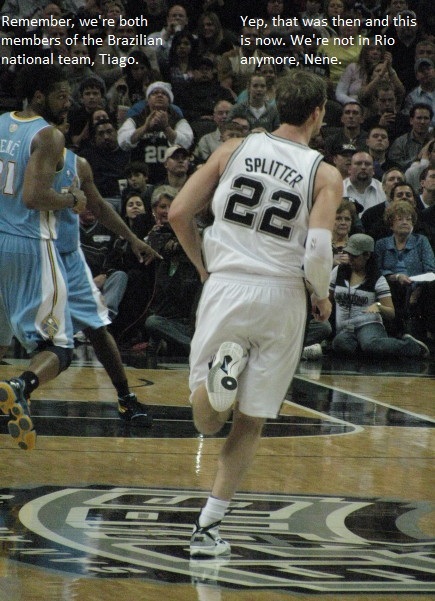 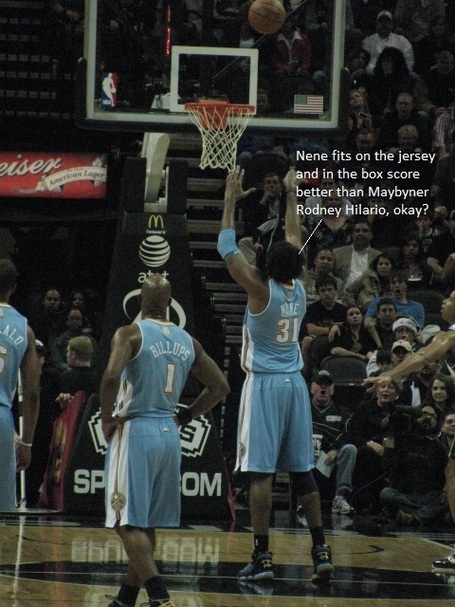 And then there's Chris Andersen, who has added more ink since the last time he was in town. 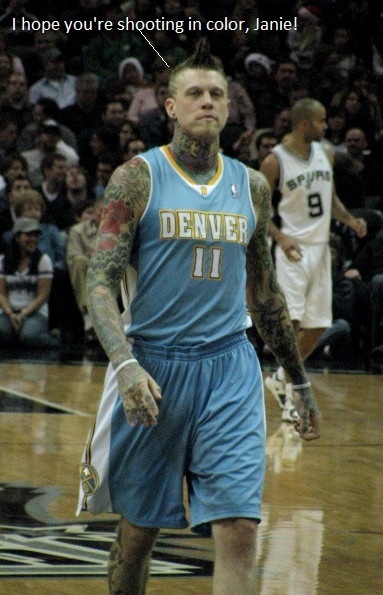 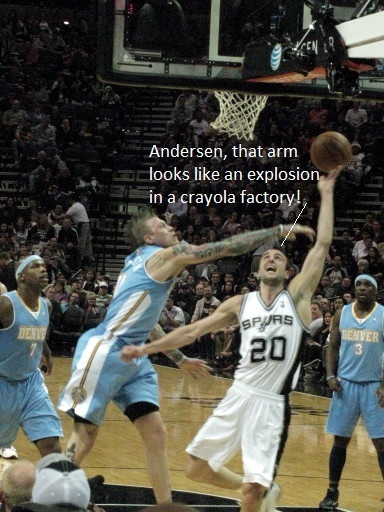 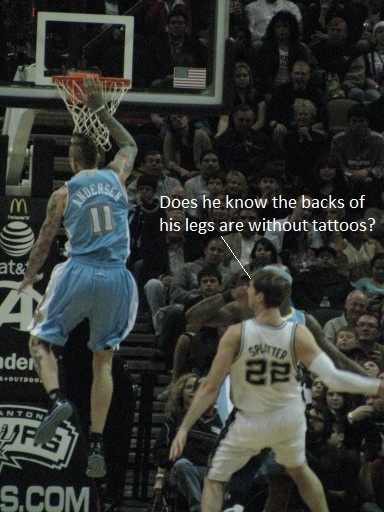 Mr. Fourth Quarter sank a three that put us ahead for good. 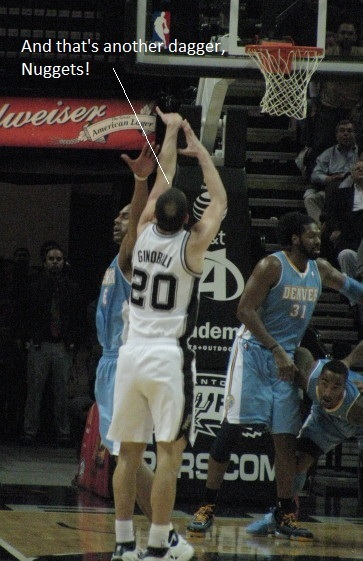 Gary Neal was named Impact Player of the Game for the second time in a row, and deservedly so. 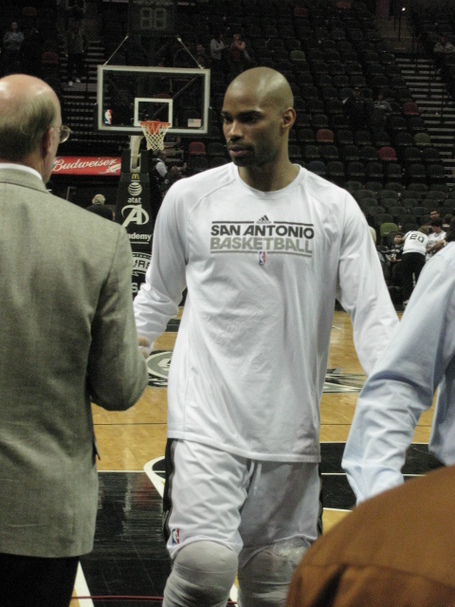 And a very Merry Christmas to you all! 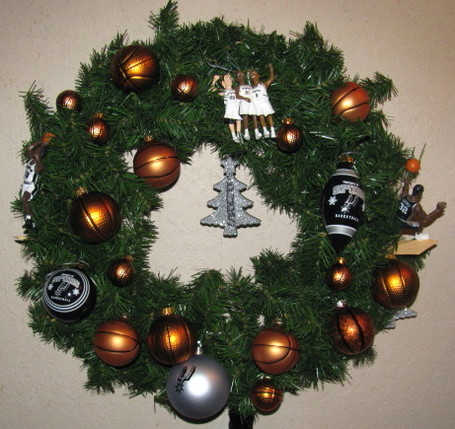