On a night when clouds obscured the lunar eclipse outside, the Spurs used a 40 point third quarter to eclipse the Suns inside the AT&T Center. And Coach Popovich was re-united with old nemesis, referee Zach Zarba. 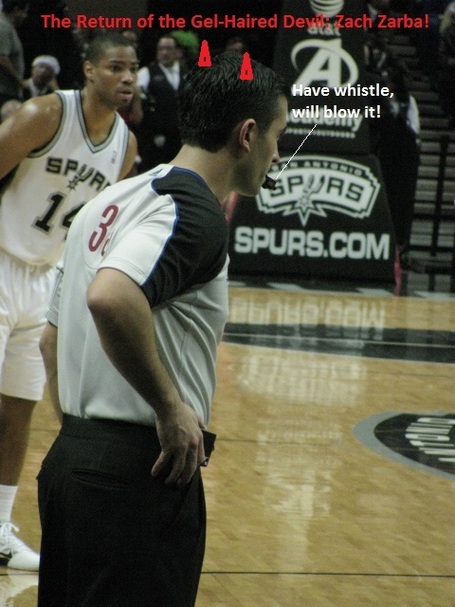 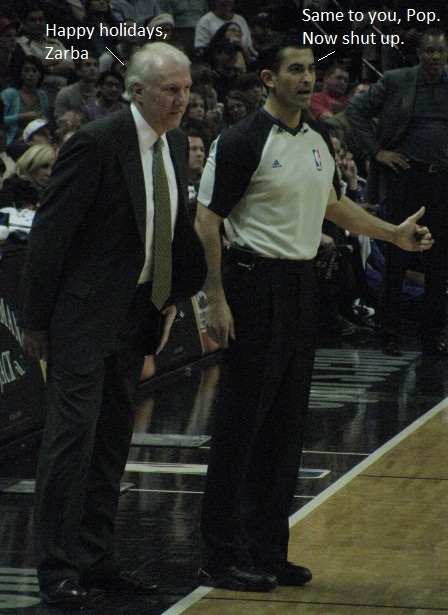 With the the memory of an ejection of Pop by Zarba last season (Pop was restrained by his assistants), there was tension between Pop and Zarba all night, but only one slightly contentious exchange of words. Pop made his point and retreated. 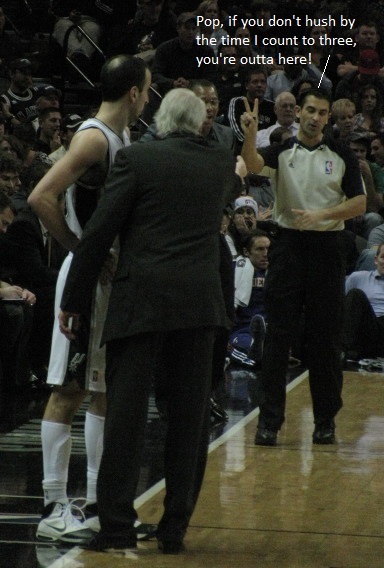 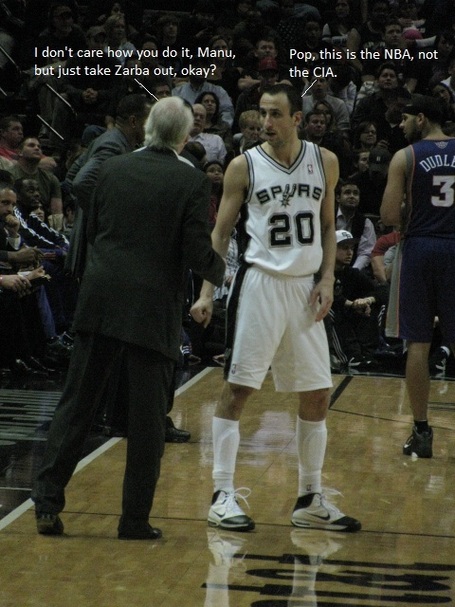 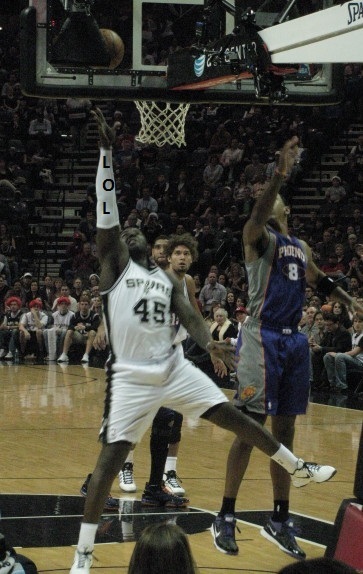 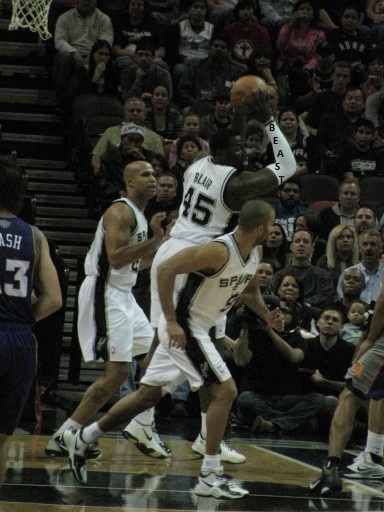 High point man for the Spurs tonight was Gary Neal. 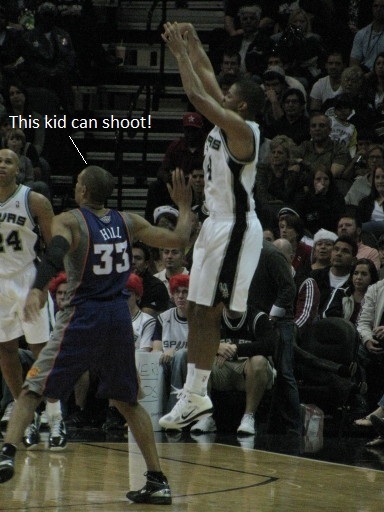 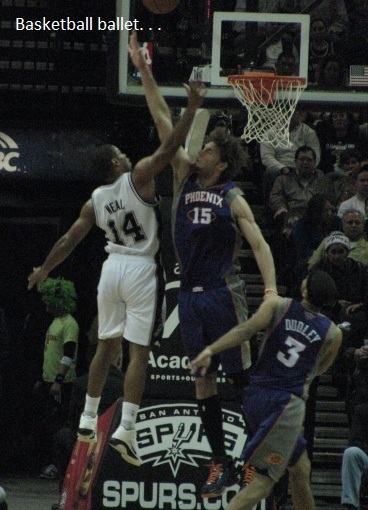 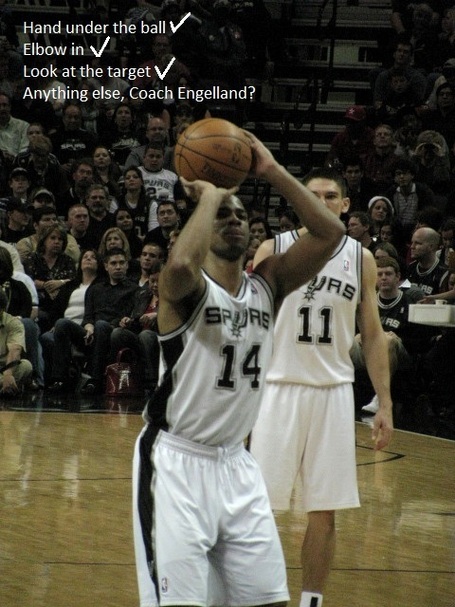 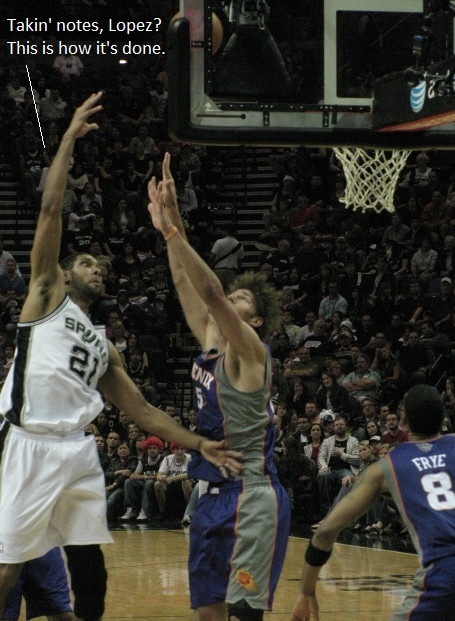 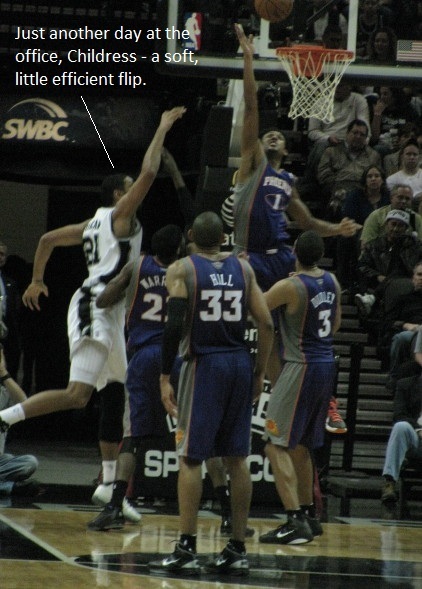 And Parker and Nash got re-acquainted. . . 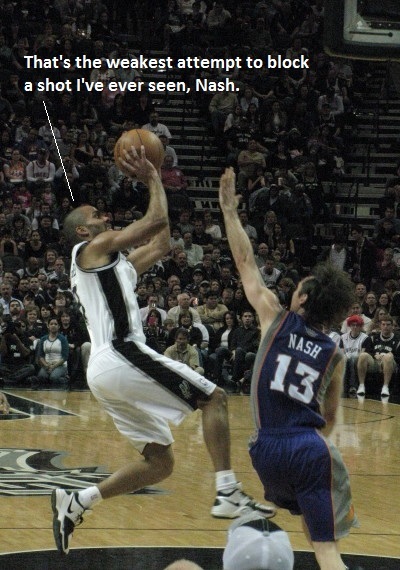 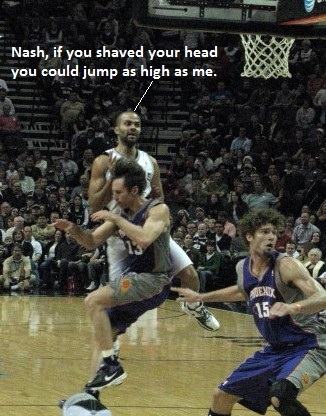 Grant Hill can still bring it. 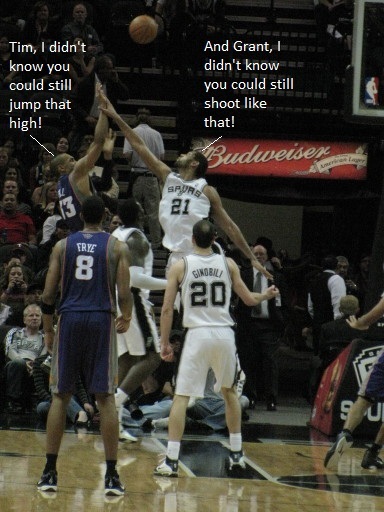 And Manu played another solid game, leading the bench in its attack as well as starting. 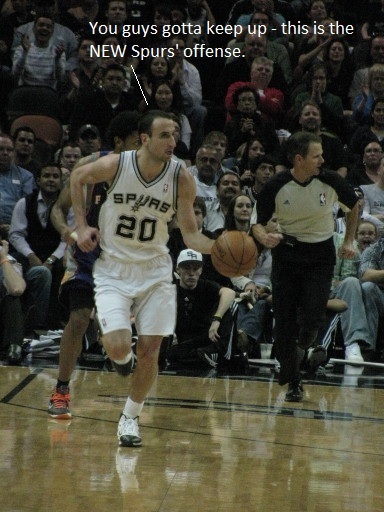 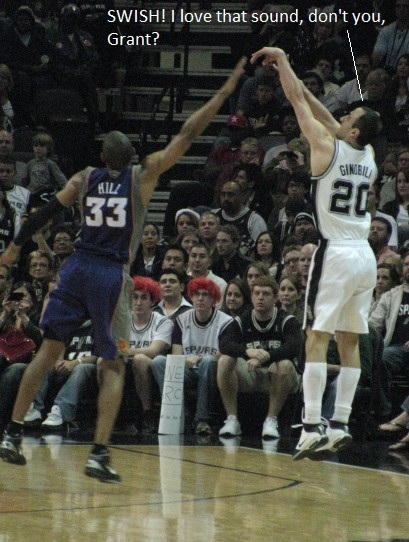 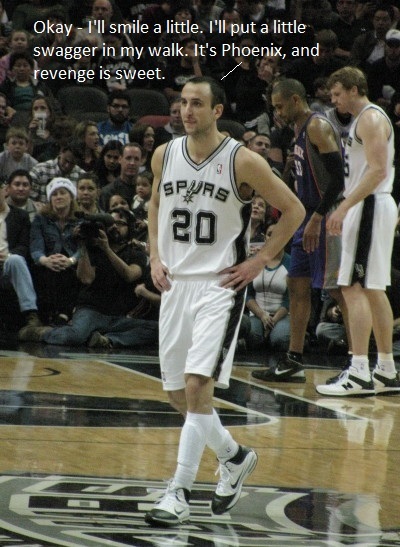 RJ had a very soft little dunk, taking care not to clank another one like last game. 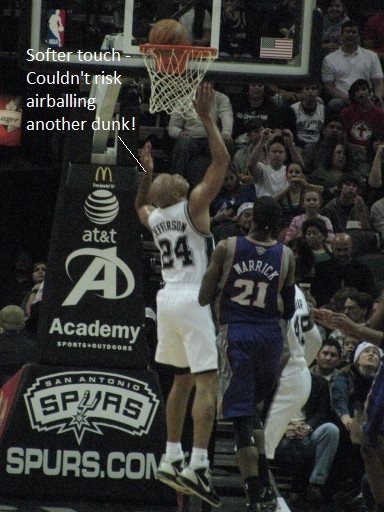 Didn't see Basketball Jesus at the game, but "Bonner's Bros" were in attendance. 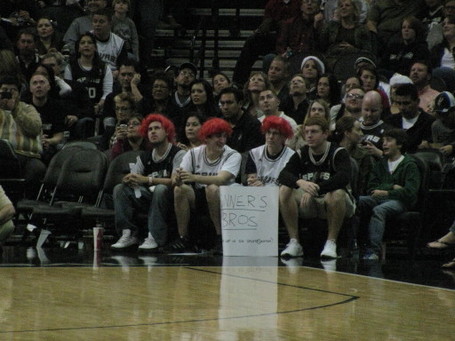 SWEET WIN! After the Suns proclaimed on t-shirts during last year's playoffs that "It's R Turn", the Spurs took it back last night. 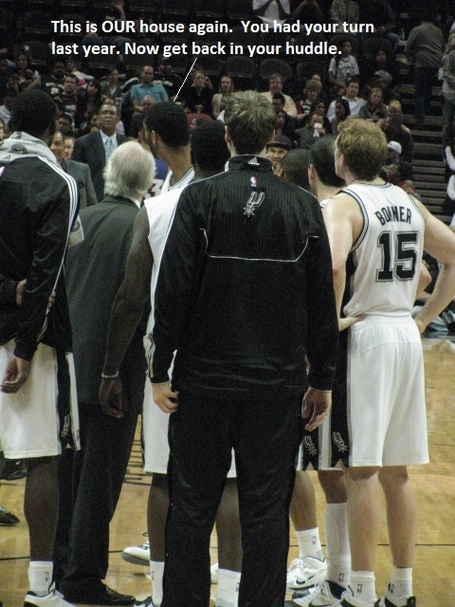