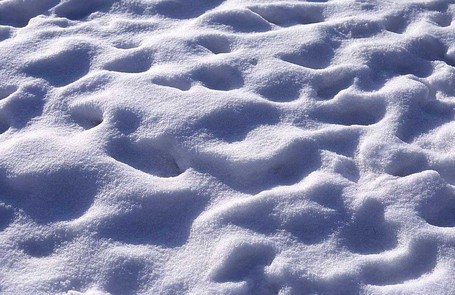 So, the Denver weather conglomeration has been chirping the last few days about the "Winter Storm" coming at the end of the week. Slight exaggeration. As of midnight, it still hasn't started snowing. That's how I feel about all the Melo-Drama. I don't want to hear about it daily - just let me know if anything actually happens. Although if I were the Nuggets brain trust, I'd trade for draft picks and rebuild. There really isn't another course of action.

I honestly have no idea what this TV show is, but it was one of the videos that came up when I typed "Denver" into YouTube. I thought it a better choice than anything by John Denver.

And now for your preview.

PG: Lawson is another score-first point guard who might actually be quicker than Parker. But with Billups out, he has to carry more of the load. Tony should be able to capitalize on both his inexperience and okay defense, but will have to work a little harder on the defensive end to keep Lawson out of the lane.

SG: Afflalo is averaging a career high in points this season, and he's a pretty good defender. But I expect Manu Claus to take advantage of the Nuggets so-so defense to facilitate the offense and set up the rest of his teammates. Denver still hasn't quite figured out how to defend the PnR.

SF: RJ has a really tough matchup tonight. Not only is Carmelo an offensive machine, but despite the MeloDrama, he's averaging a career high in rebounds too. If Jefferson can make Anthony work for his points (ala Roy), I don't care what RJ does on the offensive end - it'll still be a good night.

PF: Blair has really picked up his game lately. DeJuan needs to play a lot of minutes and to watch the interior defense, since Lawson is good at penetrating the paint and finishing at the rim. Williams is starting because the Nuggets have no one else.

C: Nene is finally living up to his potential on offense, but his rebounding is still lacking and he gambles way too much on defense. Timmeh should be able to slice their defense with passes for easy assists, but he'll need to concentrate on limiting 2nd chance points.

Billups is out for this game; Birdman has been out this week. This means Denver's bench is pretty much limited to Harrington, Smith and Carter. Who wants to bet on J.R. doing something the opposite of basketball smart? The bench will need to play productive minutes tonight, due to the number of minutes the starters logged last night. Tiago is probably a no go, but since we're not at a huge disadvantage inside, I'll take BAM.

Pop is Pop. Karl has become a much better coach during his tenure in Denver, but he still has to deal with too many headcases.

Usually, this category would easily go to the Spurs, since our beloved team permanently resides in the psyche of the Moonmen. However, this is a SEGABABA on the road, the Big Three all played over 30 minutes last night and the Nuggies have a stellar record at home.

This is our first game on TNT this year. Sir Charles will be able to yell "GINOBLEE", especially after last night's showing. I think this bodes well for us.

Spurs win by matching Denver on the offensive end, using key defensive stops in the 4th quarter to crush all their dreams and hopes (or I get a lot of crap tomorrow morning at work). Just no more buzzer beaters - we don't need the heart attacks.

Key 1 - The 3-Ball. Both teams like to shoot the 3 - in fact, the Nuggets have shot more than the Spurs this year. We need to chase them off the line and limit them to long jumpers, while also passing the ball to find the open shots against Denver's shaky defense.

Key 2 - Interior Defense/Rebounding. Denver is 2nd in the league in FT/FGA and they shoot the freebies fairly well. The Spurs need to close down the lane and rebound the ball, limiting the And 1s.

TNT - We've got the late national game tonight. Good for me - bad for the Eastern time zone.