The Spurs pretty much cruised this whole game, at least it seemed that way to me. The Blazers would start to make a run and cut the lead to single digits and the Spurs would calmly take it back to ten or twelve. The crowd sat back and relaxed, coming to life only to boo Joel Przybilla's two take downs of Tony and DeJuan. All in all it was a pleasant Sunday afternoon at the arena. And yes, Jesus was there again, getting Sean Elliott's autograph and a photo with him as well. And, oh, yes - the game marked Tim Duncan's 1,000th regular season game. 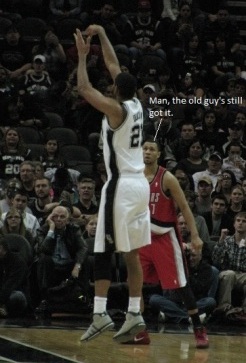 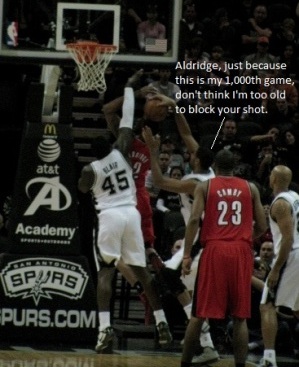 Portland's Joel Przybilla picked up a flagrant one tech when he took down Tony with 3:31 left in the third quarter. Parker got up holding his right shoulder, then sank both free throws. 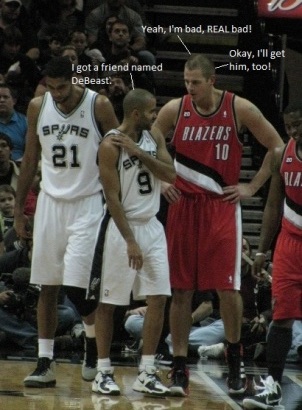 Then, with 3:17 left in the third, on the very next possession, Przybilla, in a move only Eduardo Najera could love, grabbed the neck of Blair's jersey and threw him to the floor. DeJuan stood near center court with Hill and McDyess for several seconds with a sore neck. No flagrant call was made on the foul, and the crowd suddenly came to life against Przybilla. 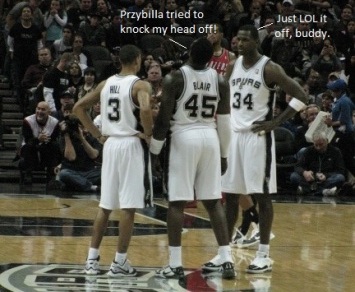 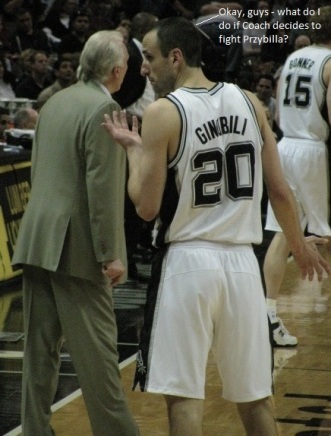 When Manu drove to the basket a few plays after the take-downs, I was ready to charge if he tried the same thing again. Remember, nothing scares me - I taught high school! And I can go from zero to B- - - H in 0.2 seconds! 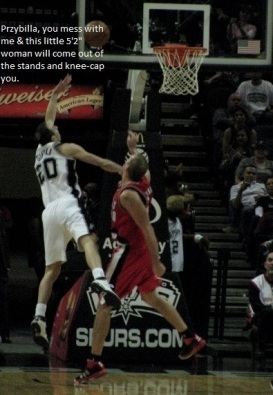 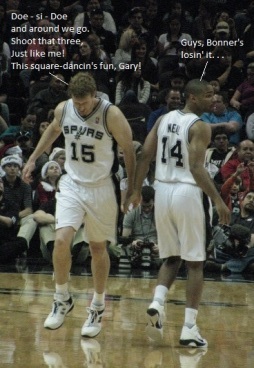 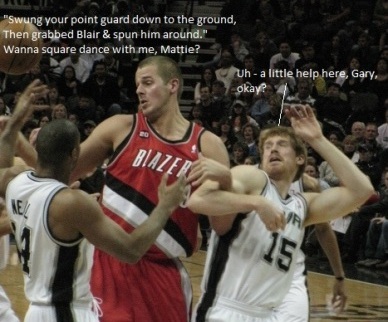 When I was in Portland last February to watch the Spurs and Blazers, there were signs all over the arena for Rudy Fernendez - a couple of marriage proposals and one that proclaimed "San Antonio, you've got Manu. We've got Rudy." I wonder if they love him so much now that he has made all those threats to return to Europe and play. 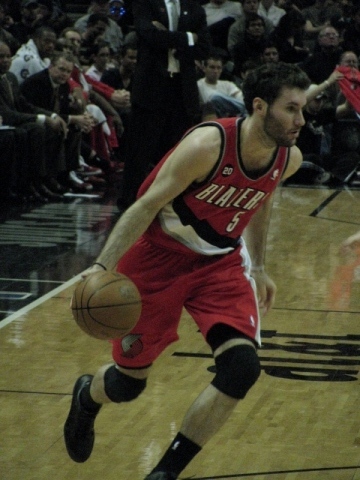 The Spurs had a "spy" in the Blazers huddle tonight. 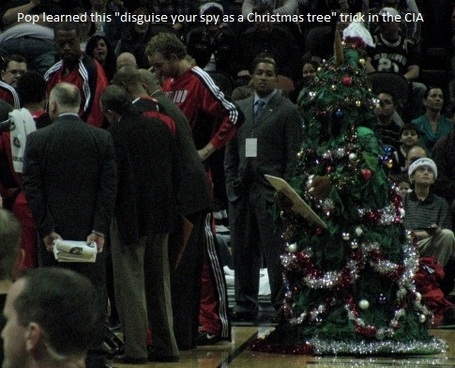