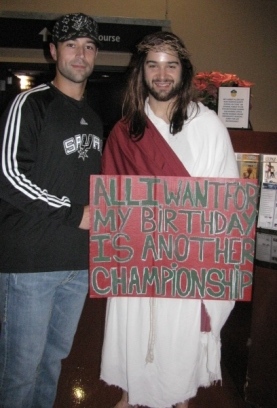 On a night when the refs behaved as extra-terrestrials bent on causing Manu and the Spurs trouble, and the basketball gods seemed to be turning Manu into a turn-over machine, the Spurs finally found inspiration, divine or otherwise, in the fourth quarter and put the Hawks away. And then I returned home to a computer that refused to recognize my camera to upload photos - it's now in critical care at Fry's and I'm using a loaner, which meant reloading a lot of programs just to edit and upload this post. But Jesus was in the house, although I'm not too sure about that Disciple (he hid his beer bottle behind the sign).

DeJuan found plenty to LOL about - another double-double, but the highlight of the night was taking a long pass down court from Timmy on the fast break and finishing with a Manu-style Euro Step layup. 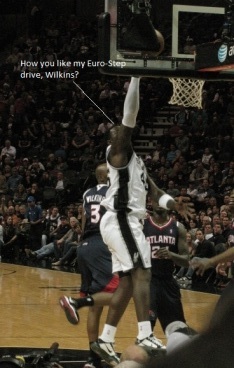 At morning practice, Manu was asked about TMZ's report of his "UFO" sighting, and joked about it. He came out for pregame warmups in a great mood (it was alfajores delivery time) and extended both arms to high five all the people waiting at the tunnel for autographs on his way out to do his pre-game shootaround. In fact, all the Spurs seemed in a good mood before the game: Tim and Tony actually signed for all the fans at the tunnel (doesn't happen often). Gary Neal, rookie that he is, was heading down the tunnel like he wasn't going to sign when someone called his name and asked him to sign. He came back and said he didn't stop the first time because no one asked for his signature - gotta learn, Gary. 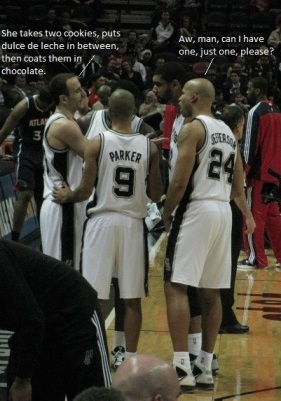 But, in spite of scoring 18 points, Manu would turn the ball over 6 times and get his Argentine-Italian anger stirred up at the refs for the lack of calls when he was driving the lane. Tony got involved in one exchange as well. 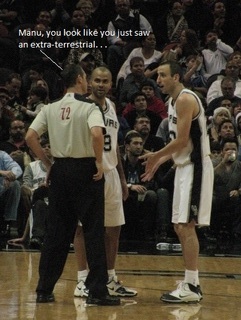 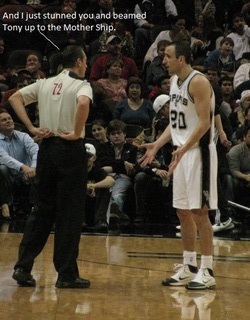 I really expected a respect for the game technical, but I guess he said it in Spanish or Italian as he walked away. 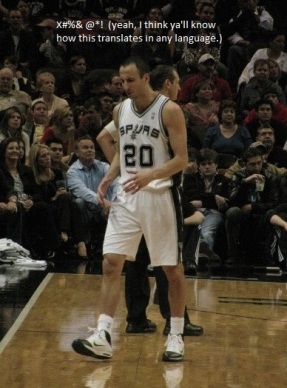 Later, Manu and Pop would get into a discussion with another ref. 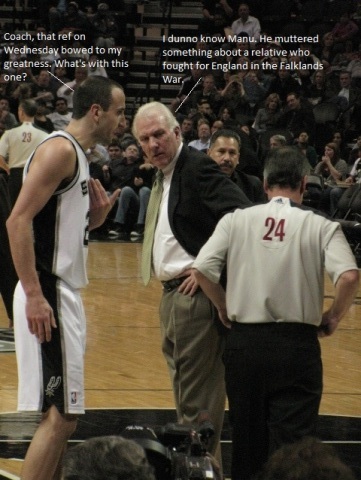 And Pop seemed to try his best to get tossed again, but the ref wouldn't cooperate. This ref made the crowd long for Joey Crawford or Zach Zarba! 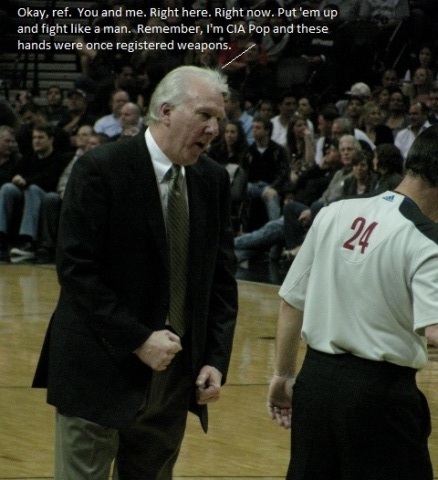 And yes, Timmy complained a little, too. 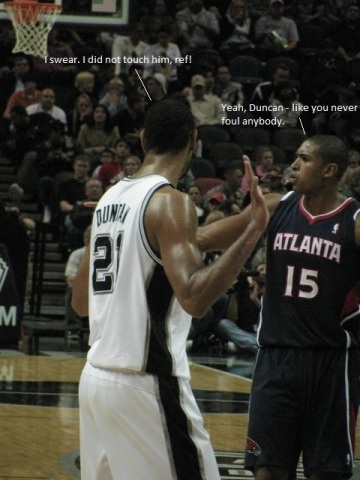 And then there were just the funny moments captured by the camera: 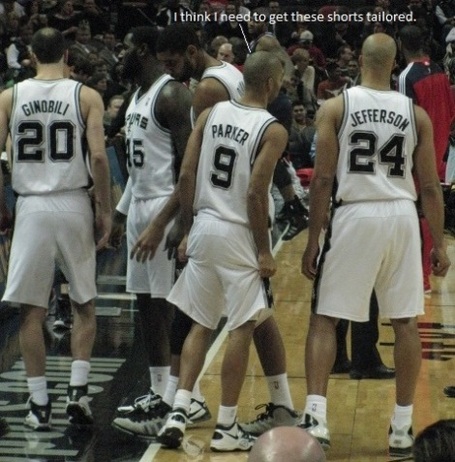 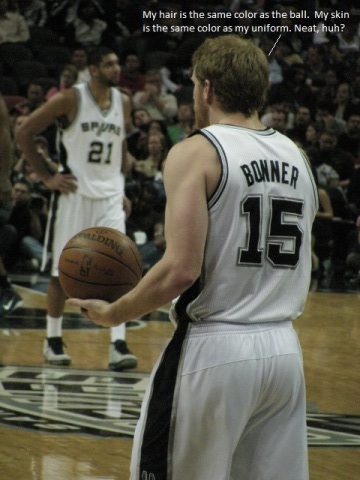 My new Argentine amigo, German, had an absolutely fabulous experience at the two games he witnessed this week. Thanks to the many kindnesses of the Spurs season ticket reps and to the friendliness of Manu, he returned to his home in Rosario a very happy man with some great stories to share with his wife and sons. 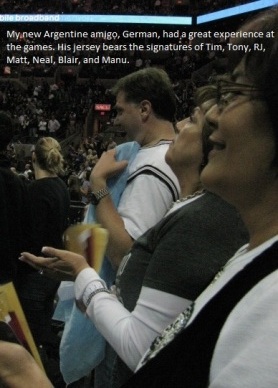