The Spurs offense has been looking unstoppable, the defense, not so much. This trend has some writers thinking the Spurs have been passed by the Mavericks in the defense department. This of course is laughable and so is the reasoning, but it is clear that the defense is not up to the usual Spurs standard. I attribute this to several factors:

So can the Spurs defense pick it up against the Bobcats and Capt'n Jack?

I did some "research" (and by that I of course mean I used Google to find out) on Bobcats. It turns out there is a domestic cat called a Pixie Bobcat. They are supposed to look just like a real Bobcat only smaller and they won't eat your children. Here is what a Pixie Bob (as they are called) looks like: 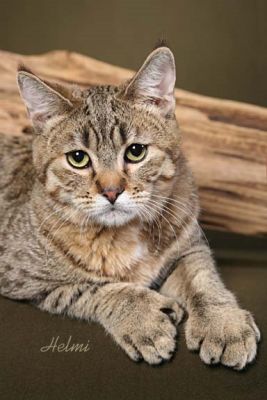 Speaking of Pixies, here is an oldie, but goodie:

So the question becomes will the Spurs see the Bobcats or the Pixie Bobs tonight. Charlotte is 1-5 to start the season. I would think the odds are good that the Pixie Bobs are on the schedule. The real question is what happened to that team? One year ago they made a nice run to make the playoffs for the first time and now their record at lease indicates a reverse in fortunes. Of course these Pixie Bobs are having trouble scoring, which bodes well for the Spurs defense.

PG: Tony has been playing well. His 16.8 ppg may not be at 2008 levels, but his FG% and assist numbers (8.4 per game) are great. The Wee Frenchman needs to take care of the ball a little better, but he should win this matchup against the former Longhorn.

SG: Most Spurs' fans have fond memories of the Captain, and at least from the stats, it looks like Jackson has been solid. Manu is Manu, although it wouldn't kill him to start hanging on to the ball either. But SJax is always a tough matchup, hence the star for each.

SF: Last year, there wouldn't have been a question as to who had the advantage: Wallace. However, RJ 2.0 is intent on proving last year was the anomaly - his shooting has been otherworldly. Due to Wallace's bigger rebounding numbers, I'm making this a tie.

PF: Diaw hasn't been great this year, but DeJuan has been awful. 26.5% FG shooting just isn't going to cut it, big guy. Maybe Blair finally breaks out of his funk tonight.

C: Current Spur vs. Former Spur, although Thomas plays more than Mohammed. Timmeh's numbers are better than those two combined, even though he's still slow on the PnR.

Georgeous played better against Houston, Anderson should be back (who know we would miss the rook so much), and Dice only had a double-double against the Rockets. Splitter is not in playing shape yet, but tonight might be a good game to get him a few more minutes. Other than Thomas, the Bobcats don't have a bench, averaging only about 10 ppg.

Larry Brown is a legend, but his team this year is not good. I'm sure Pop is already yelling behind closed doors about the defense, but he's managed to integrate a lot of new pieces rather quickly this season.

The Spurs played no defense against the Rockets and still won.

The Spurs are 4-1 and winning with offense, not defense. That's Mojo.

Charlotte is not a good team. The Spurs need to take this opportunity to work on their defense. It is an early game on the East Coast, but they should still prevail.

48 Minutes of Hell - Our Spurs-blogging buddies are at it again, and they're cranking out the stories pretty quickly this year. Kudos to them for not missing a beat.
Project Spurs - PS has really stepped up to the plate this year. They're still doing the podcasts, but have added some new features as well, like "stat of the game", which I enjoyed reading, and a bunch more writers.

Rufus on Fire (SBNation) - Great content from this (mostly) one-man show, although Robertcat fans are already starting to talk about trades.