The night started on a poignant note: Fabricio Oberto was in the the house and was given a standing ovation when recognized by the PA announcer. I had a chance to say hello before the game and gave him a big hug - such a nice man. He patiently signed autographs and posed for photos with Spurs fans during pre-game. 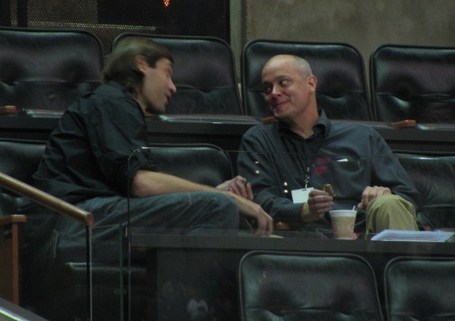 Here's your Guess Whose Sneakers photo for the night:

Another former Spur, Sean Elliott, decided to show that he had not lost his shooting form by sinking a couple of three pointers before taking his seat at the broadcast table. 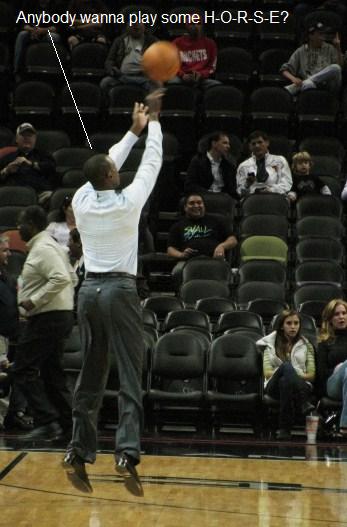 Sean's jumper must have inspired the Spurs - here's a parade of jumpers from the game. Whose shot do you think is the sweetest? 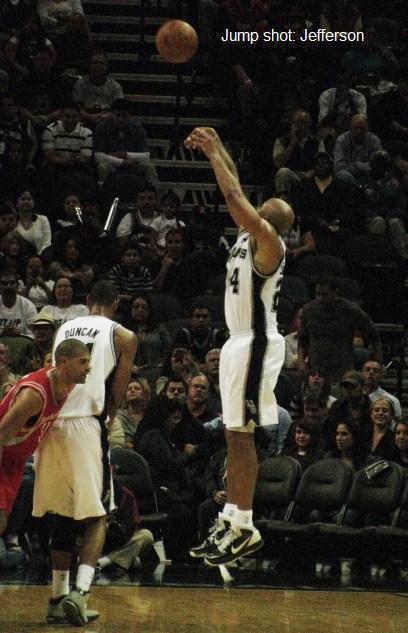 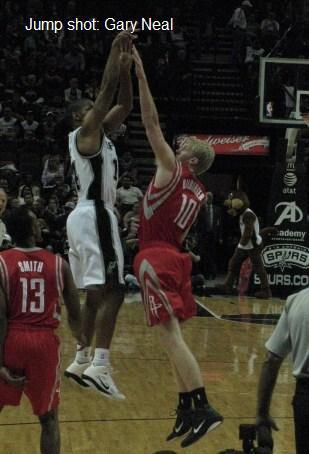 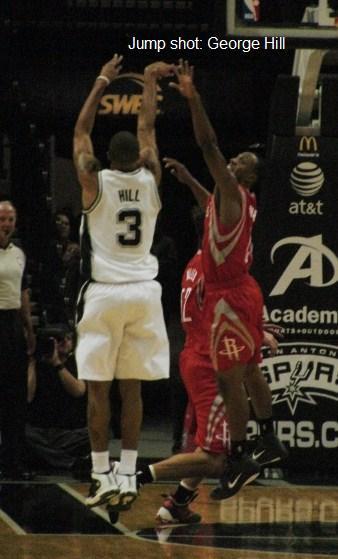 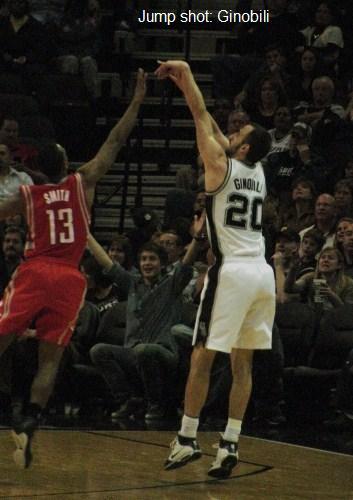 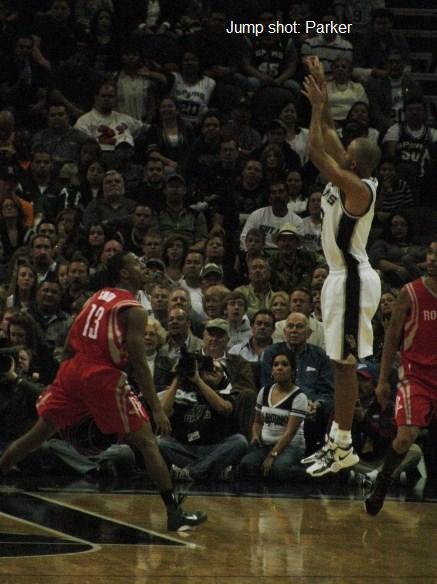 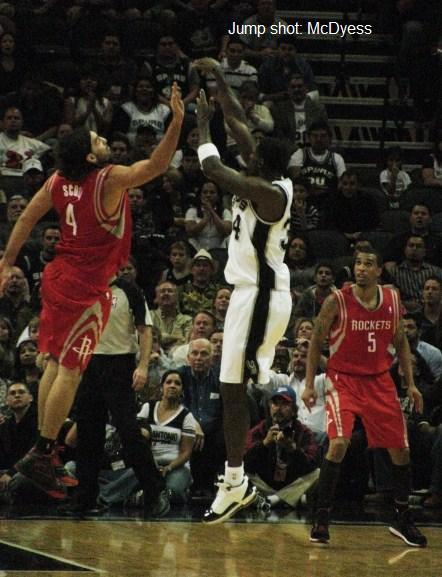 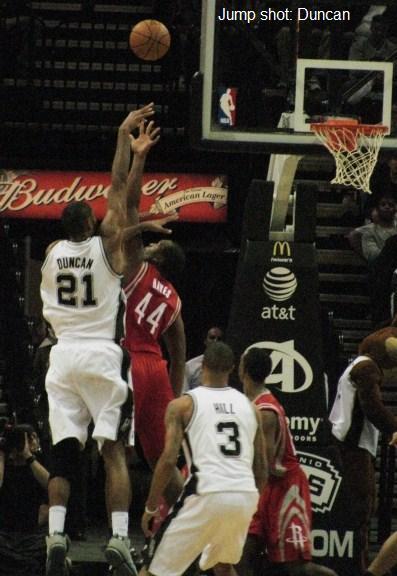 And then there was a monster dunk - The Beast just isn't cut out for soft little jumpers, LOL . . . 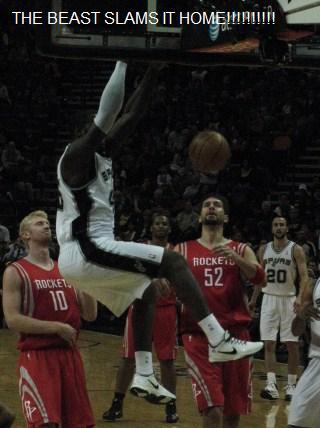 Manu had a dunk, too - I captured him on the way to the basket with his buddy Scola in his wake. 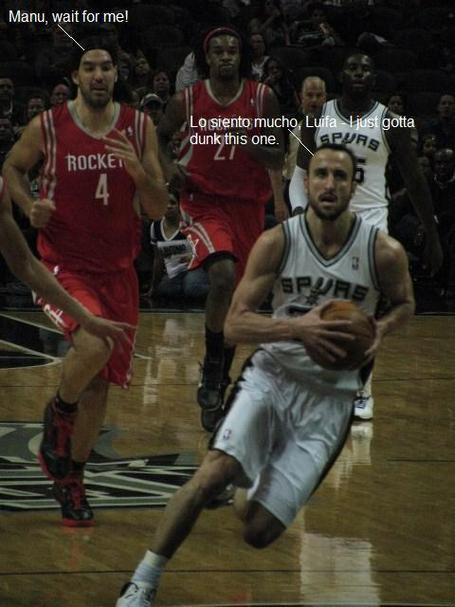 And not ONCE did I yell for Tony to "give it up" tonight - 14 assists for the Wee Frenchman! If he keeps this up, I guess I'll have to bake him some eclairs or croissants! 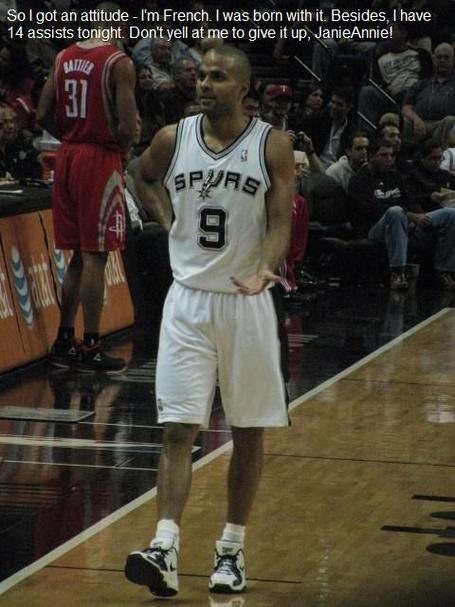 And the moment long-anticipated by Spurs fans finally arrives. . . 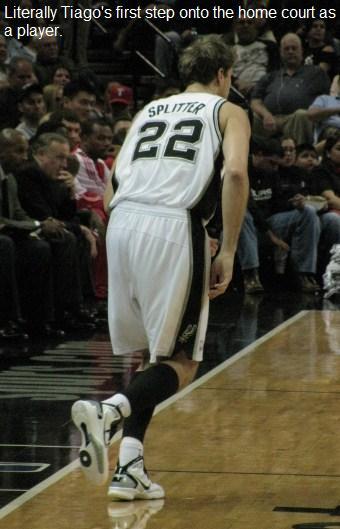 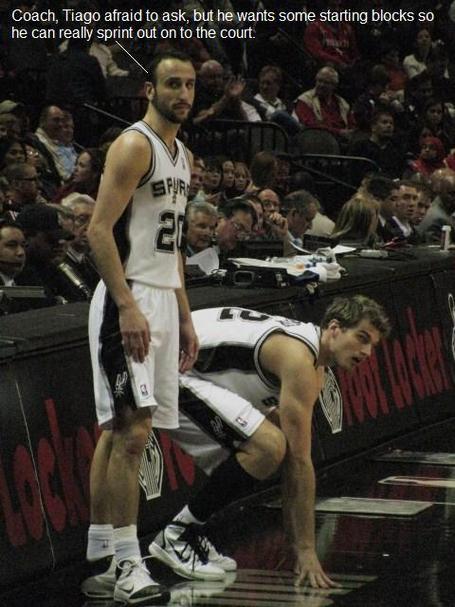 Manu must have read that someone on PTR said he had an off-night in Phoenix by scoring only 18 points, so he did a little bit of everything tonight (but admitted that he got pretty tired in overtime). 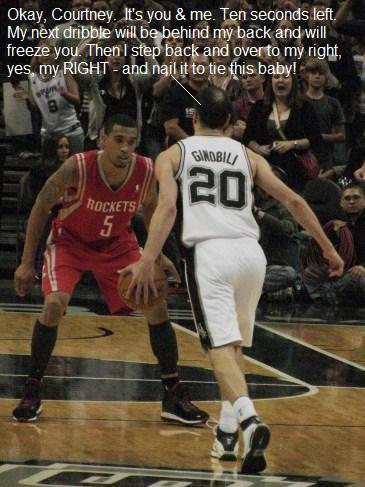 This last photo was sent to me by a friend watching at home - all those years of sponsoring cheerleaders and making spirit signs came in handy as I made signs for me and my two seat-mates. We were popular with the camera guys tonight. Stay tuned for more signs to come . . . 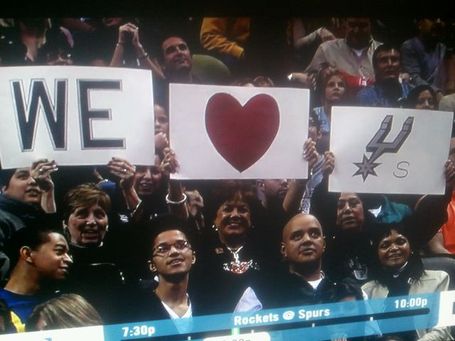 And whose sneakers were those? Well, you're going to have to wait until the next photo post to find out! JRW thinks we need to build some suspense. And thanks, Jolly, for helping set the camera tonight.