I just searched back through my archived photos for shots of Fabricio and wanted to share a few with everyone.  And since I have to come up with 75 words to post this, I'll tell my favorite Fab story that I remember reading.  His gold tooth is well known, and when asked why he didn't have it capped in white, he replied that he did have it re-done once, but when he walked into his house, his young daughter, Julia, began to cry because she didn't recognize her daddy.  He went back to the Spurs dentist the next day and had the gold tooth restored to its shining glory. 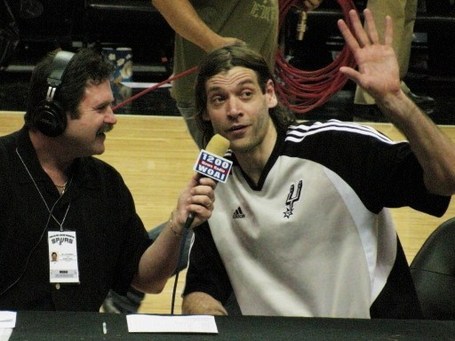 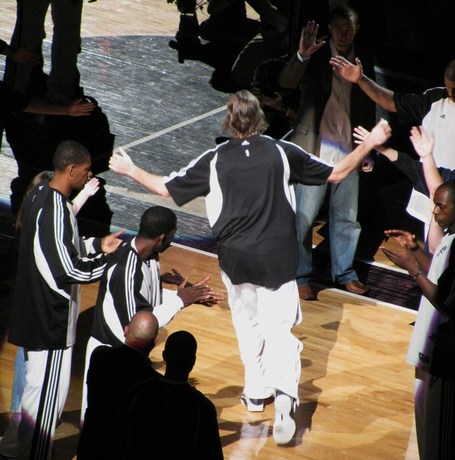 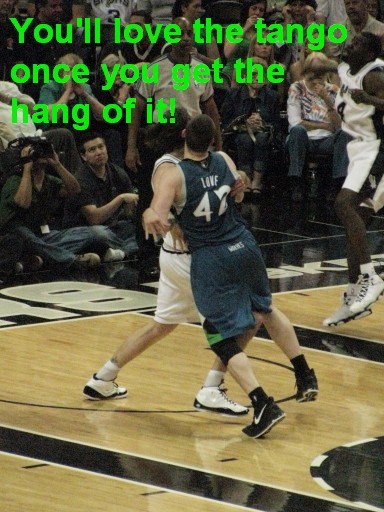 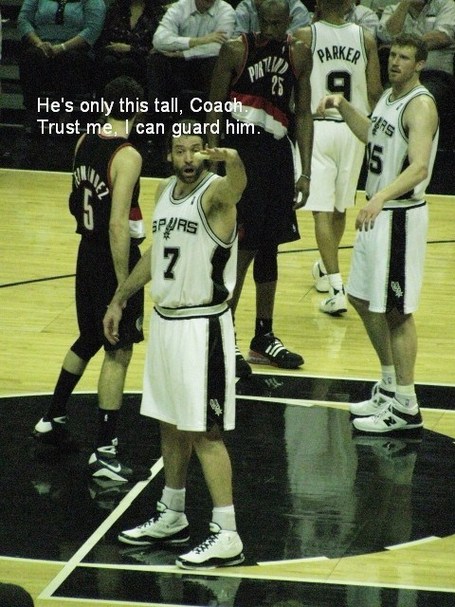 He also was pretty good at guarding some much taller guys - Dirk will remember him! 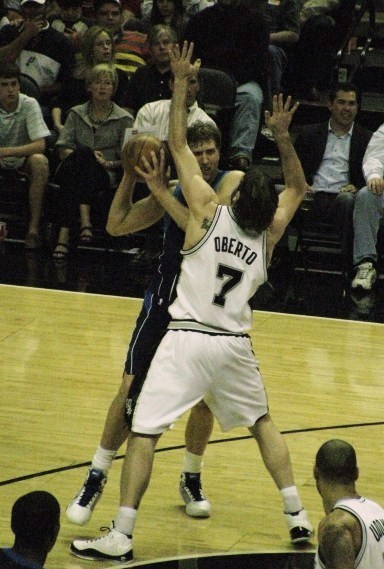 Fab didn't shoot often, but when he did, this spot was his favorite. . . 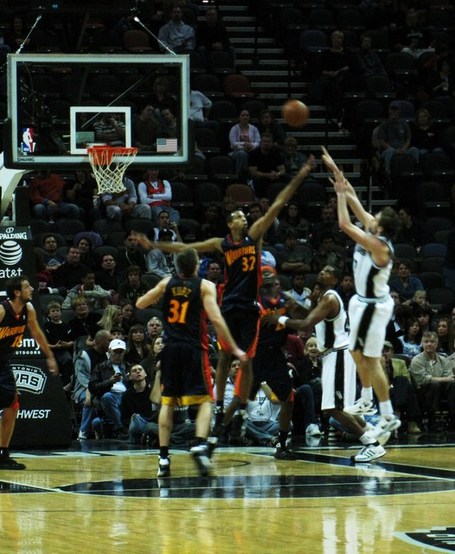 "Just being around him made you a better person." 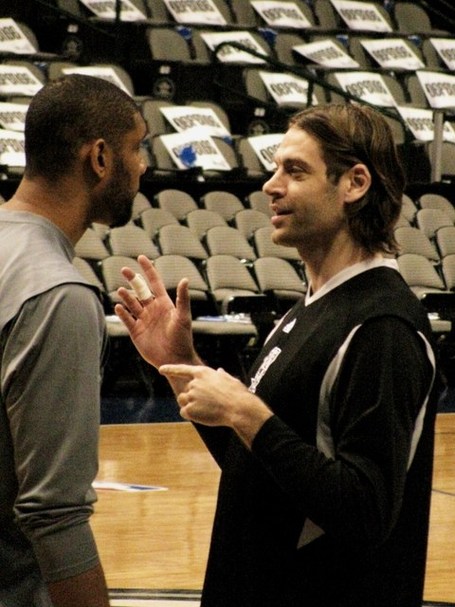 And then there are his Argentine amigos, who go back a long time on the Argentine national team, finishing second in the world championship in 2002, gold in the Olympics in 2004, and bronze in 2008. This is a rare photo of three of them on the court together: Nocioni, Oberto, and Ginobili. 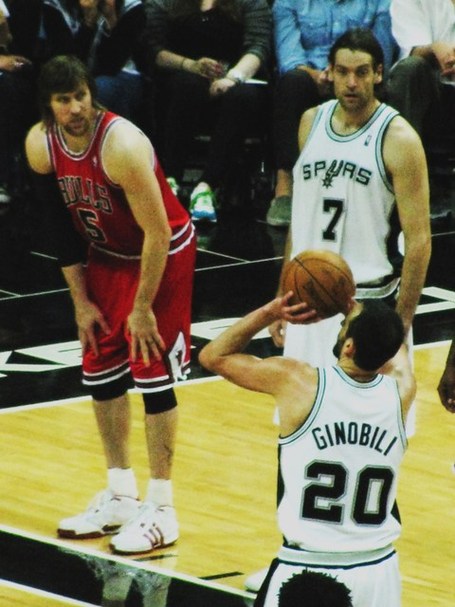