The visiting Dallas Mavericks defeated the San Antonio Spurs by nine points on November the 26th. Dirk Nowitzki had 26 points, while both Tyson Chandler and Shawn Marion contributed 19 to win the game and bring their record to 11 wins and 4 losses. The Spurs were led by Manu Ginobili's 31 points and 21 from George Hill. The Spurs' longest winning streak since 2008 was broken at 12.

There's your normal game recap paragraph, but nothing could describe last night's game worse than the word "normal". It was a weird one, folks. It's not that we've never seen a game like this before. Not at all. Game one of last year's playoff series with Dallas began with Dirk going off for 36 points while only missing 2 shots. That's interesting, you say to yourself, he only missed two shots last night too. Exactly. And the easy way out would be to say that Dallas just can't be beaten when Nowitzki shoots that well. But that would just not be correct. Here are the two main things that were weird about the San Antonio's first loss since October 30th: this game was there for the taking, and the Spurs didn't take it. 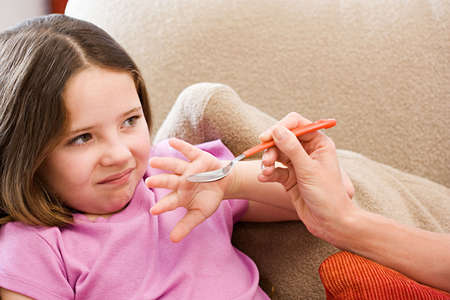 I don't like losing. Shut up and take your medicine.

Well, rick2g was going to do this recap, but his computer crashed, so you guys are going to have to put up with me. Weird, huh? Want more weirdness? How about Parker's first game of the year without scoring double digits. Not weird enough? He only had one assist. So he was in early foul trouble? Didn't matter, he still played 38 minutes. Manu started out hot with 16 in the first? Only two points in the 2nd. And the coup de grâce? San Antonio shot 27 free throws and made 25 of them. How very unSpurlike.

So much for the weird-athon. The game was close for a number of different reasons. Dallas wasn't hitting their free throws early, and even though Nowitzki was sinking everything he shot, the game stayed within 6 points through the first 42 minutes. So, it was another Spurs-Mavs classic. Then what happened?

Well, before we go on, for some context, let's look at the Spurs' fourth quarter performance over the last few games. The Timberwolves were up by eleven after three, and the Spurs outscored them 35-24 to send it to overtime. (+11) Down three going into the fourth against Orlando, San Antonio pulled away by holding the Magic to 20 while putting up 32 to win by nine. (+12) The Cavs game was already a laugher by the final period, so I won't add these to the total, but the bench did win garbage time to the tune of 17-27. The Spurs were up 2 before the last quarter of the Jazz game and scored 24 while holding the Jazz to 14 to win by a dozen. (+10) The game against the Bulls was out of hand by the fourth, but the Thunder game was tight (two point Spurs lead) when Bonner's three fourth quarter 3-pointers accounted for all but a bucket of the 35-24 scoring differential as Oklahoma City went down my 13. (+11)

So, in the last four games when the game was close, or the Spurs were down big, they outscored their opposition by 44 points combined. Crunch-time execution has been the story, whether it was defense and fast breaks (the Utah and Orlando games) or offensive execution and excellent shooting from distance (Minnesota and OKC) San Antonio has owned the fourth when the game was on the line. But not last night against the Dallas.

Spurs had their worst fourth quarter of the season with the game on the line. The teams treaded water through the fist 7 minutes of the fourth, and the Spurs led by 2 points with just under 5 minutes to go, Dallas went on a 14-2 run for the next four minutes. When Chandler hit a pair of free throws to cap the run (did he live on the line last night or what?) the game was essentially iced. During those 4 minutes (from 4:41 to :42) Dallas didn't miss a shot: Marion layup and 1, Terry with a jumper, Chandler with a layup, Nowitzki with a long jumper, Terry's layup and 1, and finally Chandler's two at the stripe.

While Dallas was shooting lights out, the only shots the Spurs could manage were one miss each from Parker, Duncan and Ginobili. The rest of the possessions ended in turnovers and the only points the Spurs could muster were two Manu freebies. Ball game.

We can argue about why the Spurs were unable to do against Dallas what they did against Utah, OKC, Orlando and Minny. We can wonder whether the new defensive schemes that the Mavs coaching staff put together were the cause of the scoring drought, or whether it simply end-game fatigue induced by Wednesday's overtime game. We can analyze, hem, haw and gyrate. But I say that one game, even one that's lost to the Mavericks, can't change who this team is, and what they're able to accomplish this year.

No matter how weird the game was.

Timmeh - In warmups, he was hitting everything. The best I've ever seen him. And I was expecting him to have a good game. He did, however, have the team's only FT misses.

Manu - Everyone who saw that he had 16 pts after one, and quickly multiplied it by four to see what he might total for the game, raise your hand. -- ... Nobody, eh? Well, me neither.