I'll leave the deep analysis to the pseudo-coaches and keep this simple: Manu was amazing again, so was Dirk. Dirk had a better supporting cast tonight. That about sums it up. 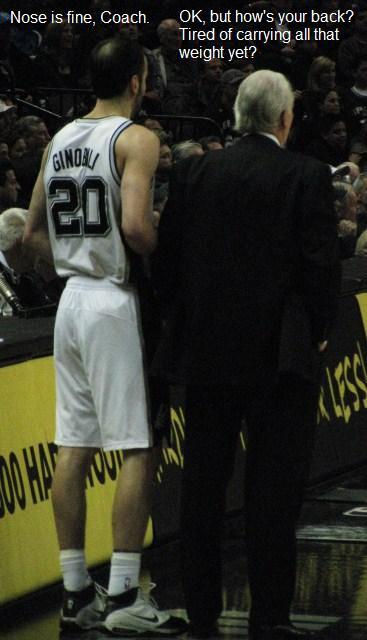 Manu was 6 of 7 in the first quarter - 16 points. Here's a sampler of some beautiful shots: 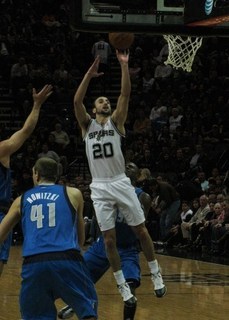 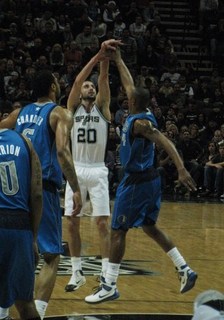 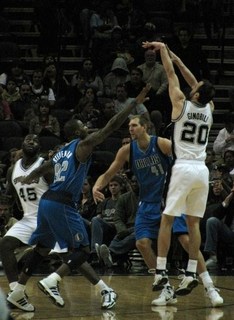 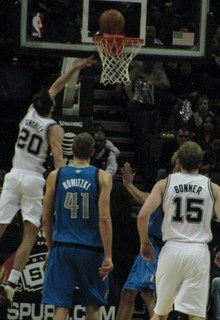 Manu also played some defense - here he guards Caron Butler very closely, and will draw a charge in the next instant after I took this shot. 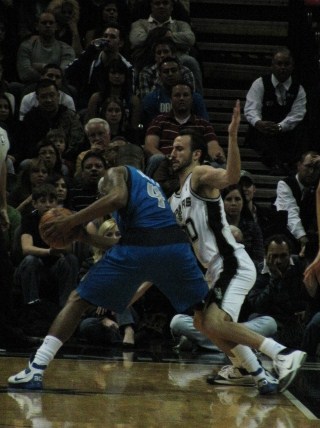 Okay, he wasn't perfect - he had 4 turnovers. Here's an early one where he didn't see Tyson Chandler in attempting to fire a pass to Duncan: 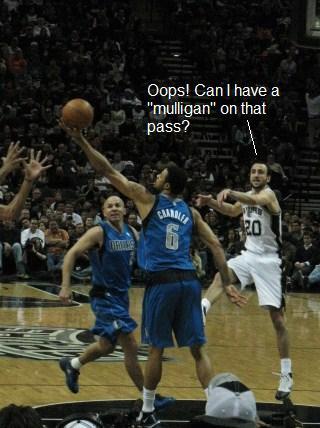 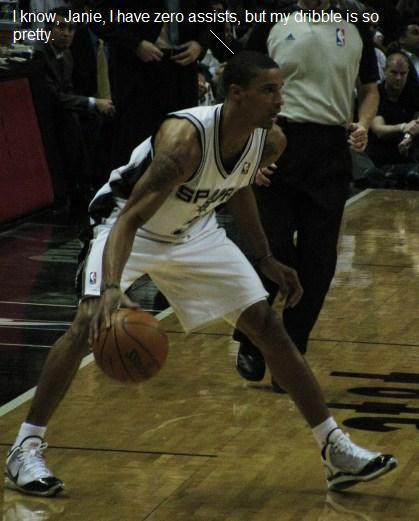 Wayne, this shot's for you - George shows off the wingspan. 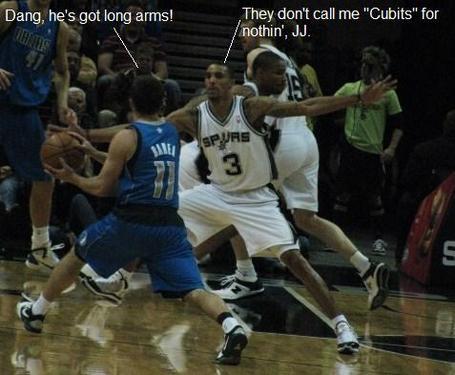 The rest of these photos do not have captions, but they are some good pics. The first one catches a handoff from Dirk to Jason Terry. 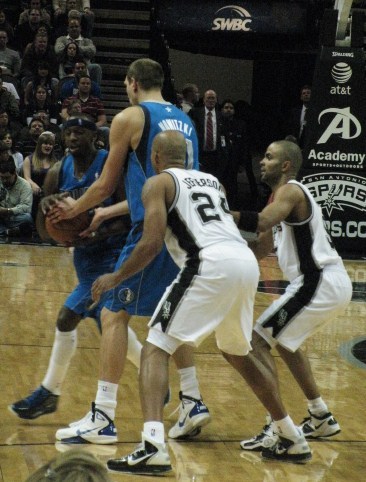 Dirk was way late covering Timmy on this long jumper. 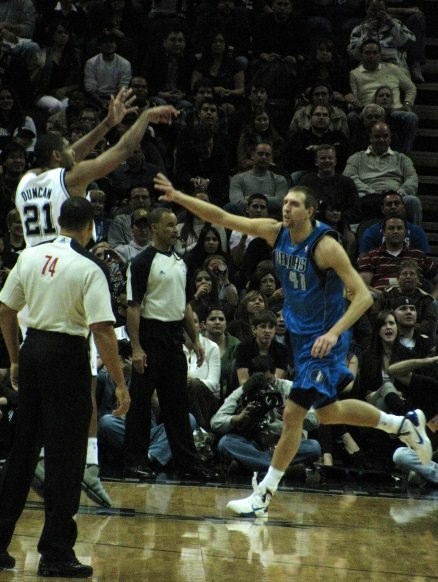 Tony struggled all night (maybe he's been reading all the articles in the tabloids about The Split), but here he bodies up pretty well on Kidd. 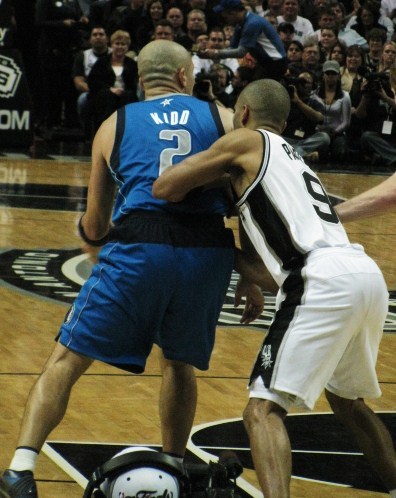 See you guys in a week - I was thinking of going to New Orleans for the game, but have jury duty early Monday morning.