I usually try to have things at least a little done ahead of time, so I actually started writing a recap for this game the night before. I figured, hey, it's just the Timberwolves. I did a search for a few funny/cute wolf images and started putting some filler around them, much of the filler actually looking forward to the Mavs... because, hey, it's just the Timberwolves. So before the game started, I had written a couple hundred words of 'recap' which, upon review, turned out to be highly distilled and mostly unprintable bile directed at Jason Terry. Egads, I hate Jason Terry. I hate his stupid face, I hate his game, I hate his cheap shots. I hate him so much it's bleeding over from two days in the future. I can only assume that the Spurs were feeling much the same way - looking to Friday and overlooking Wednesday, because, hey, it's just the Timberwolves. 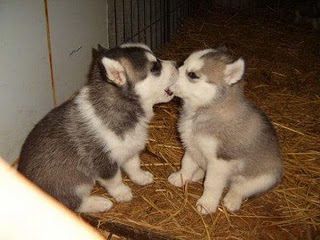 Incidentally, do NOT search google images for 'furry wolf'. It quickly devolves from strange bemusement to patheticness to destruction-of-all-faith-in-humankind. It's not that I was completely unaware of this subculture - I suppose it's just that I had never had a reason to drag it in front of myself like that. It reminded me that, no matter how stupid we were as kids, the next generation will invent something stupider. It's one of those karmic things. I consider myself a pretty cynical guy, and I'm pretty happy with my cynicism and all the opportunities for sarcasm the world presents me with. But I just couldn't find any room for parody in this particular brand of human folly. Why can't kids just experiment with dangerous psychedelic drugs and loose sex like their parents did? Dagnabit. 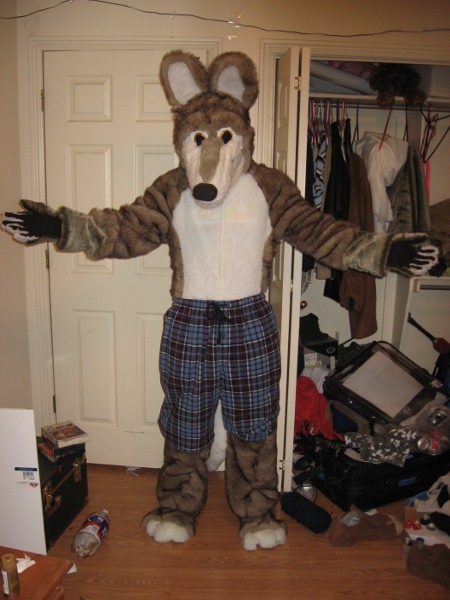 Trust me... this is as normal as that search term gets.

Watching this game hurt. Not as bad as sifting through the furries for something vaguely amusing and usable, but it hurt bad for almost three quarters. The Spurs finally started showing some life midway through the third, but it wasn't until the fourth that I started thinking we were only a miracle or two away from keeping the streak alive. From the very beginning tho, it was obvious that this was not the game that the Spurs were expecting. 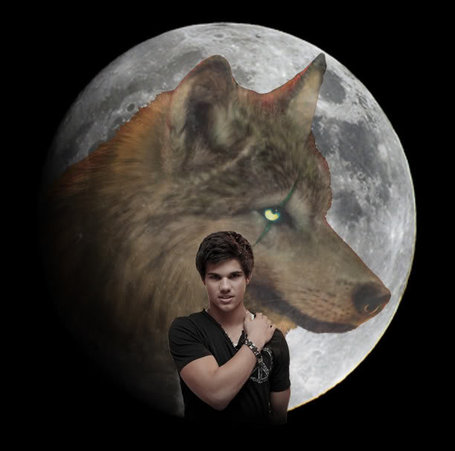 You know what also hurts? Watching the second Twilight installment against your will, while your wife squeals like a 13-year old next to you.

Minnesota was waiting for the Spurs - waiting, ready to pounce, and licking their proverbial chops. They're young, long, and athletic. And they were 4-11 coming into the contest. The Spurs had no business losing this game. But mid-third quarter, the Spurs had no business winning. Kevin Love was killing us, but he's been killing everyone on the boards and the Wolves still lose. I lost count of how many lay-ups the Spurs missed in the first half. Not mid-range or long jumpers that rattled in-and-out... but lay-ups. Chip-shots. Bunnies. When Tony Parker clanks a wide open two-footer off the front of the rim, and Blair misses the almost-just-as-open put-back, it's going to be a long night. Credit the Wolves with playing aggressive, inspired defense, but it was the Spurs' listlessness that got them in the early hole. The slick passing, pick-and-rolls, and open three pointers that utterly destroyed the Cavs were there... but everything was falling short of the bucket.

I made a comment on a thread recently where I questioned how the Spurs' well-oiled offensive machine would fare against a physical, aggressive, gambling defense - specifically, I was thinking about the defense that Phil Jackson teams always pull out in late April. As much as the David Stern denies it, refereeing in the playoffs is much different from the regular season. Grabs, holds, and bumps that are fouls in November suddenly become no-calls in Round 1, Game 1. Popovich knows this, and he's taken advantage of it himself on occasion (see Bowen, Bruce). It's why strong defensive teams almost always beat strong offensive teams. It's why the Nash Suns never made it to the finals - any slick offense is much easier to gum up when cutters are just slightly delayed by bumps and grabs coming off screens.

This wasn't a promising preview of things to come. A few physical block-outs, a couple of tipped passes, a couple of bad bounces, and the Spurs were looking at an increasingly deep first-quarter hole. And it kept getting worse. There would be a couple of brief runs - the lead would get cut down a few points, then balloon even more. Eventually, the good guys were looking at a 21 point deficit early in the third quarter.

For the life of me, I don't know how we came back. The Spurs didn't suddenly start playing lights-out, nor was there a sudden three-point barrage to dramatically swing the game back in our favor. It was a long, slow, climb out of a deep hole that took the Spurs nearly until the end of regulation to complete. In one way, it was a beautiful grind - almost like watching a seasoned distance-runner walk down an over-eager newbie who sprinted too fast out of the gate, or an experienced pugilist slowly wearing down an energetic newcomer. But it required some mistakes on Minnesota's part - particularly an ill-advised three-point shooting foul of Gary Neal.

In overtime, Manu made one of the smartest plays of the game when he ran past a pick-and-roll straight into an off-balance Milicic, drawing the final foul on the one player who we couldn't stop. Let me repeat the last part of that - we couldn't stop Darko Milicic. We threw Tim Duncan, Antonio McDyess, and Tiago Splitter at him, and it didn't matter. Milicic seems to have noticed something that 20+ years of big men have ignored: the old Kareem sky-hook is literally unguardable when employed by a seven-footer. If nobody else noticed, the Wolves repeatedly called what was essentially 4-down for Darko again and again. Now I know why other teams hated watching the Spurs so much during the early 2000's. It was ridiculous - simple, predictable, boring, and utterly indefensible. We've mentioned Jefferson a few times around here as a candidate for MIP - that won't happen unless Darko blows an ACL. Outside of the chance that last night was a fluke of flukes, then I'll go ahead on record now and call that award for Milicic. 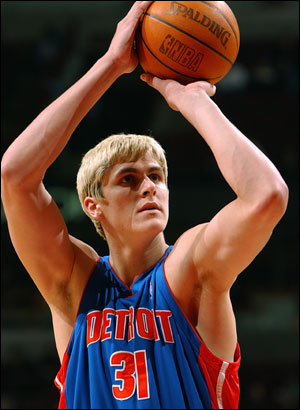 But when it finally came to overtime, the Wolves were winded. They scored first, but couldn't put up a decent defense against a tired, but stronger, Spurs team. Manu, Tony, and company had been slowly out-playing the wolves for about 20 minutes, and they finally pulled ahead for good in OT.


So, score one more win for the good guys, and the streak lives to be threatened another day. But I think we can expect this kind of welcome from other teams in the future. Miami, for instance, has been playing every game against opponents who want that notch against the LeBron-Wade-Bosh cartel on their record, and they've been struggling. The Spurs started out of the gate without anyone paying attention to them, but they're not flying below the radar anymore. We always expect strong performances from the Orlandos of the league, but now we're going to be dealing with every bottom-feeder team gearing up to play us. This kind of game needs to be put away quickly in the future - while last night's comeback was impressive, it shouldn't have been necessary to begin with, and our guys will just be that much more tired come Friday.

I feel like I'm overlooking quite a few things, from Ime's return, to wanting Popovich to tell Blair to blatantly copy what Kevin Love does, to wondering what FreeDarko will do if Milicic continues his solid play, but if I spend any more time typing, I'm going to pass out on my keyboard in a tryptophan/starch/alcohol-induced coma. Really, it just felt good to watch the Spurs end with a win. I hope everyone had a decent Thanksgiving, and I'll see you guys on the boards sometime soon.

3 - Timmeh - Didn't play great, but he was the only reason Kevin Love didn't get another 30-30 game.
2 - Tony - Single-handedly kept the Spurs on life-support during the third quarter, and he continued to play solidly, if unspectacularly, during the rest of the game.
1 - Manu - 14 points in the final quarter after once again sucking in the first half. I love you Manu, but this has got to stop.

Next up - the Mavs. I'll be watching and maybe recapping, but I'll also be busy building a little voodoo shrine around a crude burlap doll of Jason Terry. Wish me luck!