Talk about fun! The AT&T Center was rockin' the whole second half tonight.  After scoring just 37 points in the first half, the Spurs equaled that number in the third quarter, while holding the Bulls to just 12. But you know all that - but did you realize in the last three games, the Spurs have held their opponents to 12, 14, and 12 points in the third quarter?  The crowd was amazing tonight, even the lower section.  The most fun of all was silencing the rude and crude Bulls' fan two rows behind me - after he yelled nasty insults at Parker the first half, I didn't hear a peep from him the second half.

Let's begin with Timmy after the game . . . He is always the last Spur to leave the court, standing near the free throw line to high five his teammates. 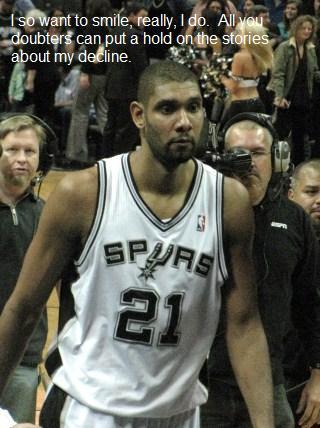 The sneakers from the last home game belonged to Tony.  To whom does this belong? 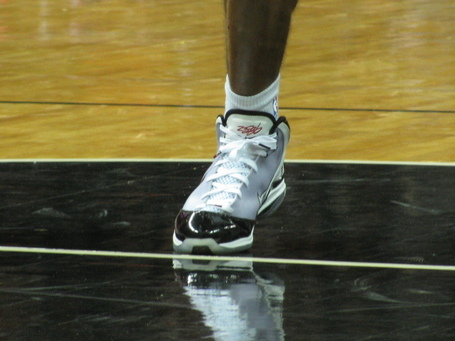 And which Chicago Bull showed up in black tights as well as black "leg warmers"?  Very fashionable this season!  Many of the Bulls wore some combination of black attire on their legs. 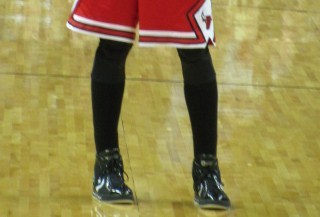 On a day filled with distractions, I was half-worried that Tony might be booed when introduced tonight, but the crowd welcomed him with a louder than normal greeting (the loudest was still reserved for Manu). 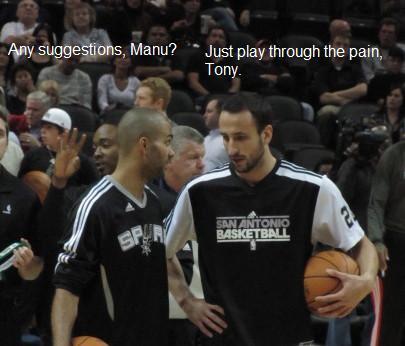 Daniel Green was signed by the Spurs to bring the roster up to 13 again.  Pop sent him in late in the first quarter, just to get his feet wet. 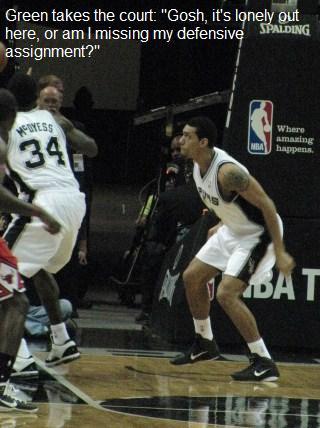 Shooting woes hit the Spurs in the first half - at one point they were shooting only 27% from the field.  Manu started off with a nice long range jumper, but that was the only shot he would make from the field the first half.  He also was 2 of 4 from the free throw line, missing two in a row.  Spurs fans were talking about a curse on the basket after that. He was blocked on two occasions as well . . . 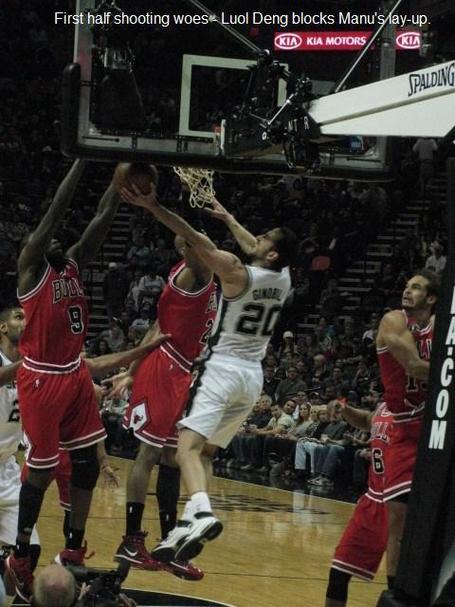 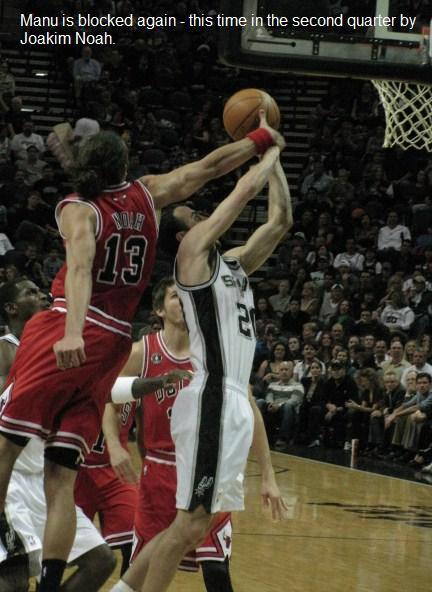 In the second half, Manu got his revenge with two pretty dunks.  The second was the stuff of legends: driving, weaving between defenders, faking it behind his back, and finishing strong at the rim.  Sorry these are a little out of focus - the folks sitting around me were bouncing in their seats with excitement! 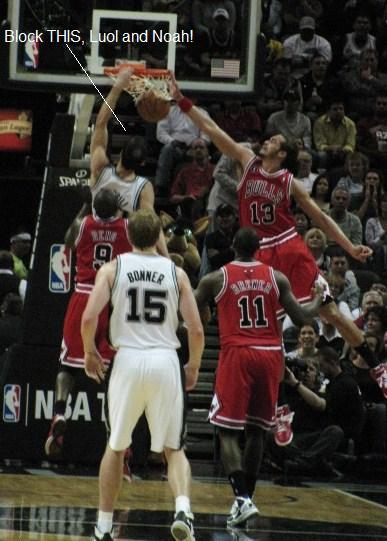 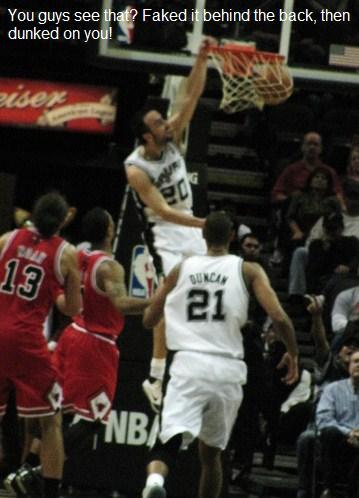 Timmy played with great energy.  At one point he was running stride for stride with Noah as Noah dribbled down the court.  It so startled Noah to have Duncan on his elbow that he travelled. Just another routine double/double for Tim tonight. 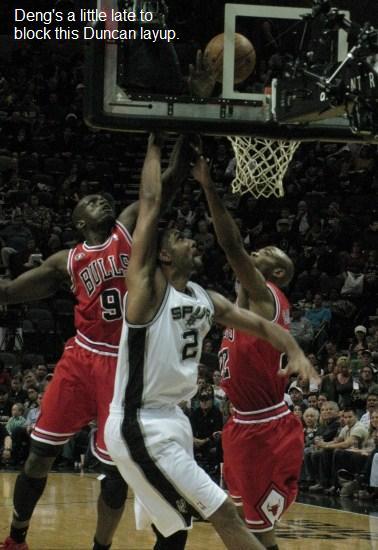 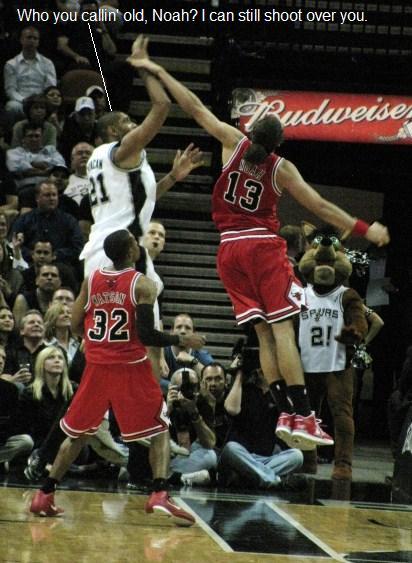 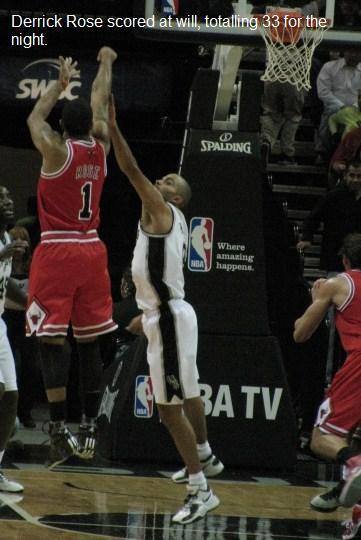