It's safe to say we're all surprised by how unstoppable the Spurs offense has been this season and by the nine and one start that came with it. It was all a bit surreal: we're up and down the court like the Suns, we have this killer instinct in the half-court, led by Richard Jefferson and his suddenly deadly outside shooting, we have clutch scoring from not just Manu and Bonner but some kids named Gary Neal and James Anderson. I for one was waiting for the other foot to drop and for us to fumble one away to the visiting Chicago Bulls, and that's sure what the first half looked like, with Derrick Rose going crazy and Joakim Noah tipping in every rebound in sight. All the anguish of letdown and triumph of comeback and more, after the jump!

I don't know what your day's been like. Mine rated pretty good, with highlights such as eating at the girlfriend's favorite sushi place and a short work day. I certainly didn't wake up to the fact that the internet was exploding with rumors (and eventually a few bland facts) about my personal life, and I didn't go to work knowing that strangers would be peddling my dirty laundry to the highest bidder. Despite the circus, the Spur in question was focused and undeterred. If he was distracted it would be understandable, but it didn't show up on the court.

So to find some other explanation for why the Spurs started the game looking like the Bizarro Twentyten team: everything we've avoided in games this year is fresh in our hive mind from the slow 2009 start. Arr Jay looked timid and out of place on both ends. The offense couldn't find an open look or convert the ones it found. Even free throws were clanging around. And just like in so many early games last year, the defense didn't lack for effort but kept bungling the details.

It didn't start out that bad. The game was close until six minutes in, when the Bulls started making their close shots and our difficulties in that area escalated into a catastrophe. After the timeout with 6:03 left in the first quarter, I count these misses: RJ from mid-range, Tim from 5 feet, Timmy layup, Blair jumper that gets blocked, Dice from the middle, Dice again. We end the first quarter with some especially sloppy play and the Bulls have gone from 14-14 to 25-18. The air is thick with dread, both in the AT&T Center (metaphorically) and in the Game Thread (even more metaphorically).

That's not enough to qualify for a Complete Systems Collapse game, however. What passed for offense in the first quarter was a symphony of destruction compared to the tragic second quarter. It really felt like Lucy with the football: The Spurs are good, and early! They're running away with games! Richard Jefferson knows what he's doing out there!! 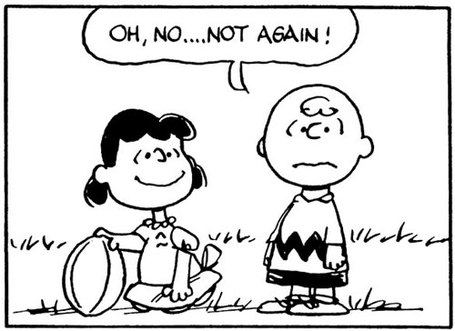 That's what it felt like seeing the Bulls get and hit a host of easy shots, mostly dunks and open jumpers while the Spurs couldn't connect with anything. The Spurs shouldn't have had only 28 points halfway though the second quarter, but it got worse. It was four whole minutes (2:34 left in the half) before we scored again, and if not for a last-minute flurry of what might actually be called competence from our guards, that sorry score would have followed us into halftime. Even our 7-2 run to cut their 15 point lead to 47-37 was painful to watch, as Tony and Manu each missed two free throws. When Manu Ginobili goes to the line and misses both you know things aren't going your way. 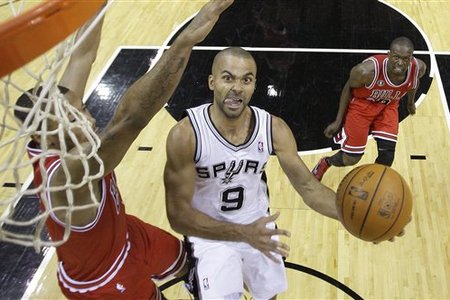 The third quarter, which traditionally haunts Spurs teams and turns easy wins into shootouts, has been great for us this year -- at least it is according to some Espn or Fox graphic I only barely saw before the game. If this were 2009, the third would probably have been a nightmare for us, but 2009 apparently only lasted until halftime, and then the real 2010 Spurs came out to play.

Manu started things off with a sweet three, and when great ball movement set up a short Duncan shot a minute later we were already within five. At this point our defense really turned the screws, and the same Bulls crew that went 11-23 in the first quarter was held to 6-23 in the third. Rose, Deng, and Noah played almost the entire third and accounted for the 6 makes and 10 of the misses. Meanwhile Tim Duncan and Manu continued to make plays on offense. Tim went 4-5 with 9 rebounds in the third, and Manu's line was 4-4 with 3 rebounds, 2 assists and a steal.

Like Rose and Deng, Tim played the whole quarter, and thus got +/- credit for the 25-point swing during the period. He finished with an excellent +15, but it wasn't the team high. That belonged to Matt Bonner (+29, really?) who Pop chose to replace Blair to start the 2nd half. Last year Pop would often start with Dice in the lineup but go to Matt more in the second half. The adjustment seemed to pay off and Bonner had a minor but important role in the 3Q run.

Despite leaving his starters in for twelve straight minutes following intermission (and in Deng's case, 36 straight minutes) the Bulls never did stop the third quarter collapse. I couldn't help but feel sympathy, but I was glad to see their best players get tired. As the old folks' rhyme goes:

Rose with no Joakim

Will kill your whole team

Joakim with no Rose

And indeed the all-bench lineup that the Bulls trotted out to start the fourth was unable to do more than put the jitters into Spurs fans. Manu led a second team that featured a suddenly aggressive George Hill, who was last seen taking Rose off the dribble and visibly getting into his head before the break. I had to wonder if there was an Illinois rivalry there, but whatever it was, Hill looked inspired. His second half play reminded me of last year's George Hill that became Pop's favorite player.

Down the stretch it was all Tony and Manu, as the duo were involved with every Spurs point scored from 7:54 left to garbage time. They kept the game out of reach by shooting 4-4 from the field, 3-4 from the line and handing out three assists (all Tony's). Rose and the officials did their best to keep this one close but we were spared any real drama at the end.

TONIGHT'S MAGIC - the best of the game threads:

BONNER TO THE ALL STAR GAME! 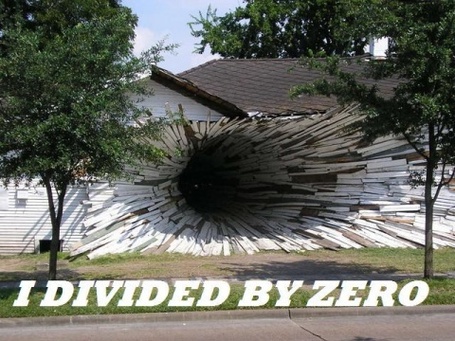 "Mama, there goes that sammich!"… 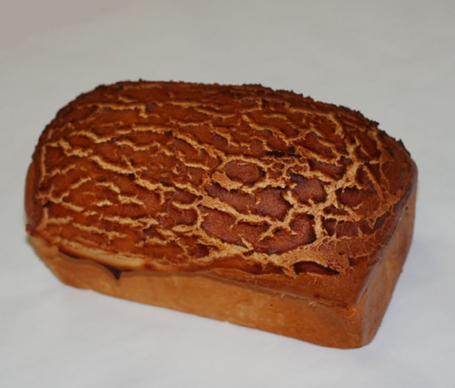 Not everyone who’s played for the Raptors is an actual dinosaur.
DrumsInTheDeep

Its not fair some teams can have prehistoric animals on their rosters. But I wont complain, we had Finley for 4 seasons
Chilai

Why is blair forcing things? Theres gotta be better shots out there
mission20

seems like ALL of them are forcing
completely deck

how many beasts do you know that don’t force things?
In the 666

tech on duncan? did he blink?
Hirschof

That’s not fair—they can’t all be cyborgs like RJ.
DrumsInTheDeep