I really had fun sitting on the front row tonight. Being so close, you hear the players actually talking to each other, and there aren't as many heads between your camera lens and the action. The only thing separating me from a couple of players landing at my feet was a row of photographers and cameramen in front of me. I got a lot of close-up shots tonight, and didn't worry so much about action photos. Here are a few of my favorite shots from a comfortable victory over the Sixers. More photos can be viewed at Boring Wins Are Fun 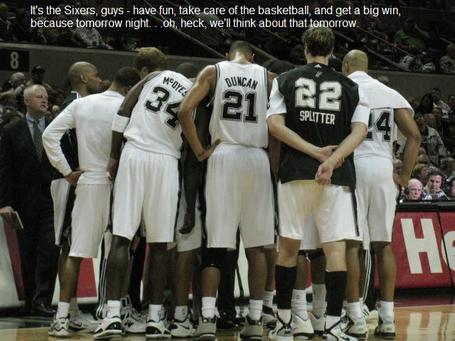 Those of you who guessed Tiago last week were correct. I tried to get a shot of the bottom of his sneaks this week as he ran down the court - there is something shiny on the bottoms of the shoes - almost like those lighted sneakers little kids wear. 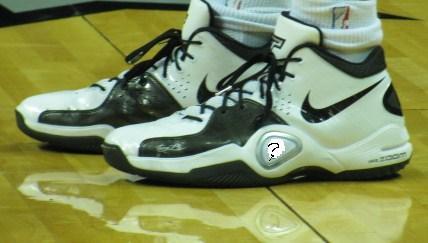 And this one is for you to write your own captions in the comments: Timmy and Tony during warm-ups. Remember to keep it clean. 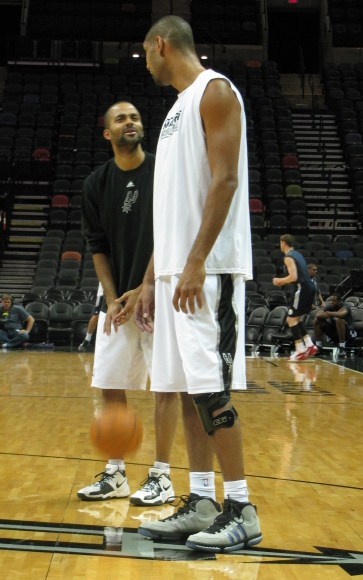 Nice closeup of Tim during warmups 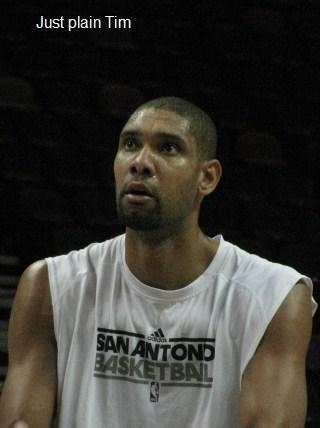 Bonner was back tonight after recovering from an ankle sprain. For those of you too young to remember, the White Shadow was a TV series about a blond, white coach of an all black team. 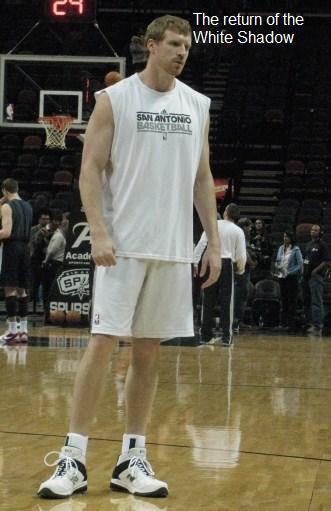 Nocioni was fined $25,000 for throwing his mouthpiece into the crowd last week. I had promised Manu I would get a photo of the two of them before the game. 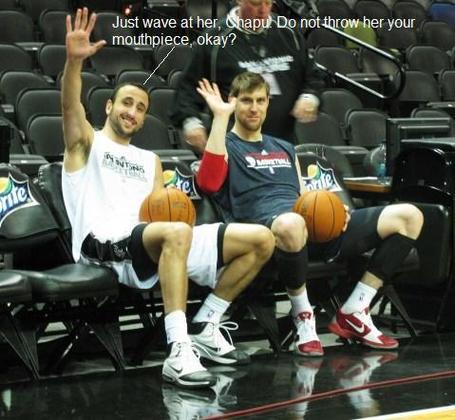 Watching Tiago during warmups was like seeing a kid on Christmas morning - he was just enjoying himself, and never stopped smiling. And he stayed on the floor to visit with Manu and Nocioni. There were lots of laughs shared among the three of them. 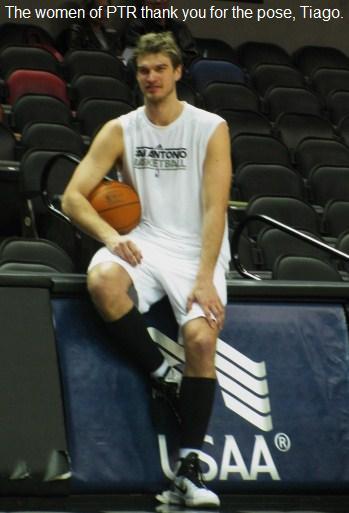 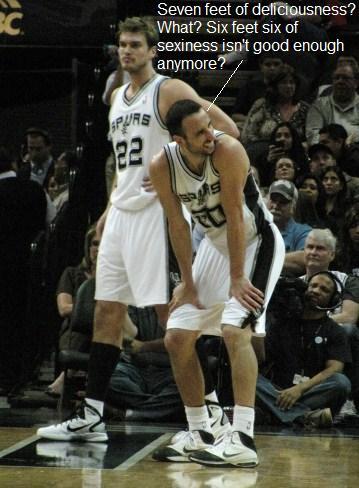 In the second half, Tiago was slashed on the neck, leaving 3 or 4 long, angry red scratch marks on his neck. Matt Bonner said after the game it looked like he ran into the Predator. 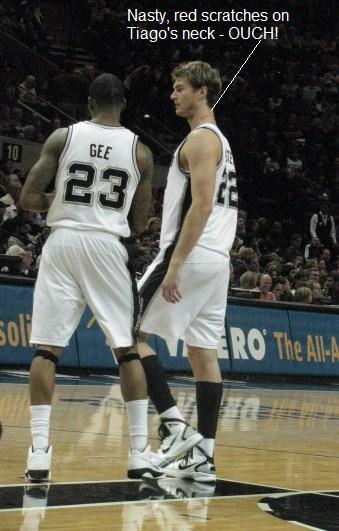 In a reversal of roles early in the game, Tony passed a long bounce pass to Manu, who responded with a Tony Tear Drop shot. 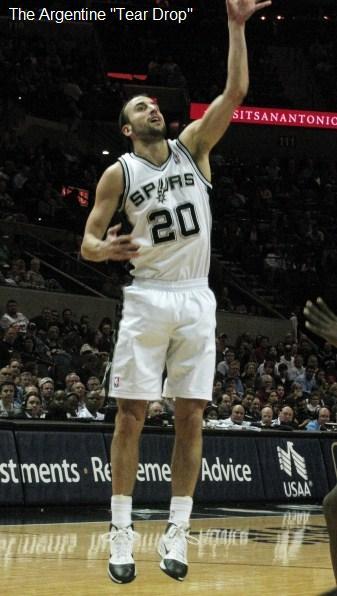 The Sixers had no answer for Tony - 24 points. 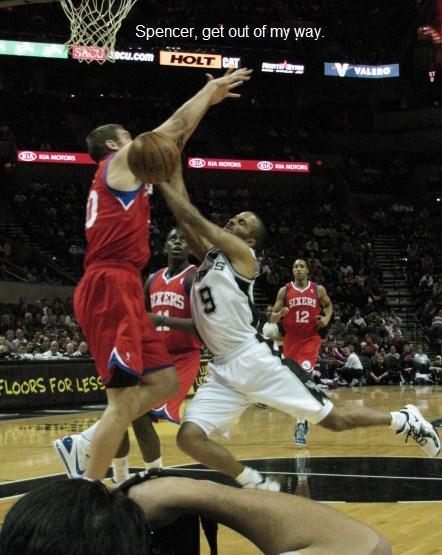 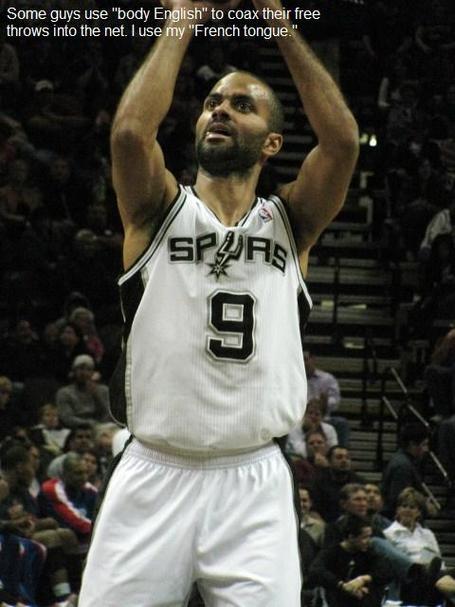 Tiago saw much more playing time tonight, playing most of the fourth quarter. 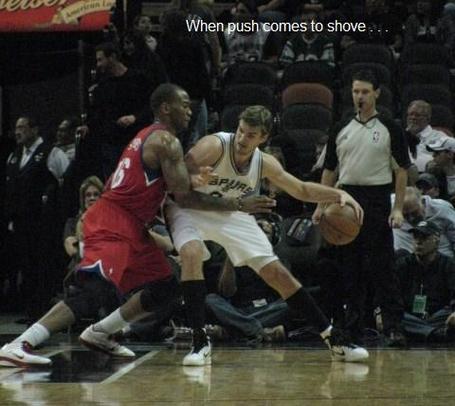 Matt needs a bit more conditioning to be at full strength. 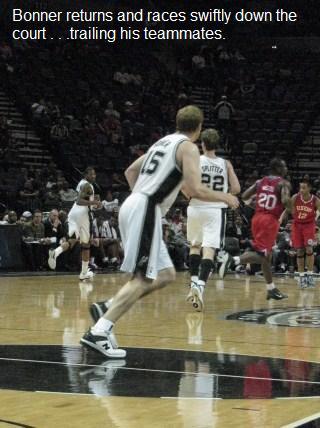 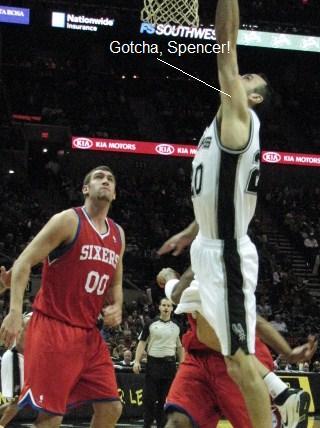 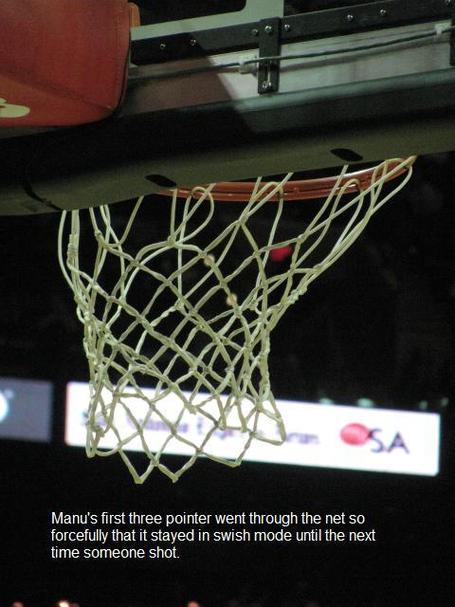