Is it eighteen straight now? The only thing the Clippers won last night was Most Handsome Head Coach. Sorry these are late - the game was late, and then I lost my Internet connection this afternoon (thanks to a certain cable company endorsed by PTR's patron saint). I finally figured out the best camera settings and got some really good action shots with greater clarity. Enjoy! 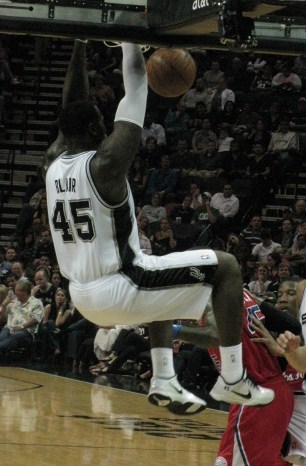 Most of you correctly guessed last week's sneakers as belonging to Timmy. To whom do these belong? 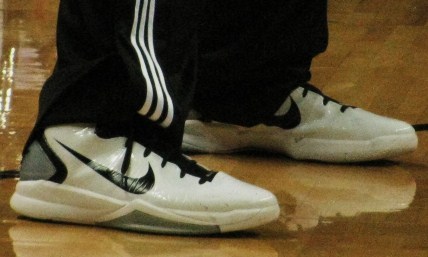 I'm adding a new feature this week: YOU write the caption. Just keep it clean because this ex- high school teacher can go from zero to B - - - - in .03 seconds. Here's the photo of new Spur Chris Quinn and Blake Griffin. Post your captions in the comments. 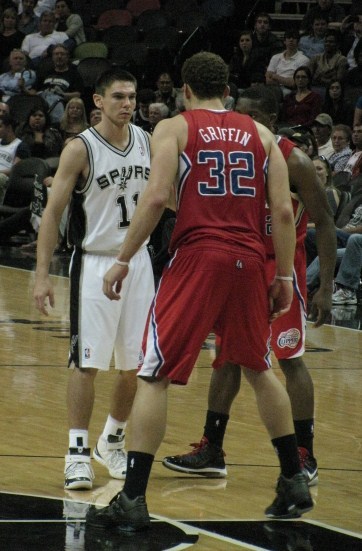 And now for some action shots - I'll just let the pictures speak for themselves. 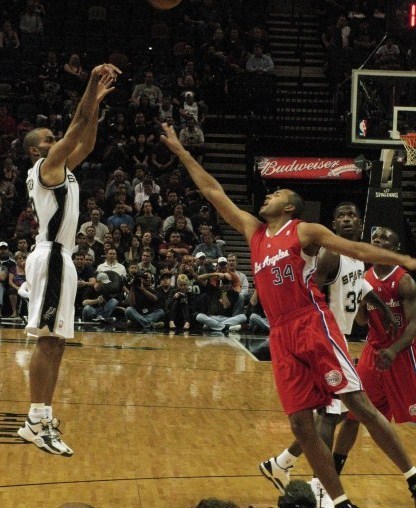 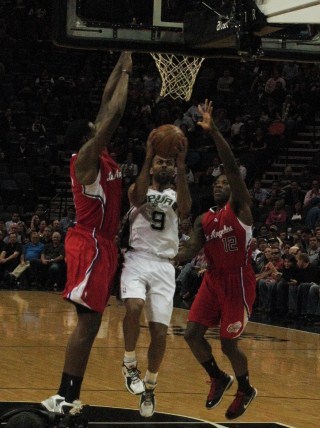 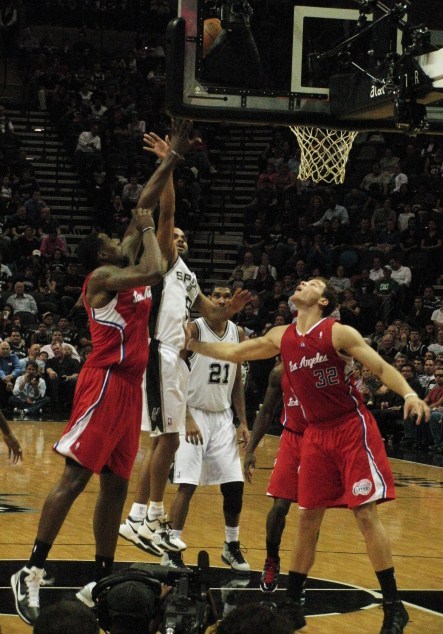 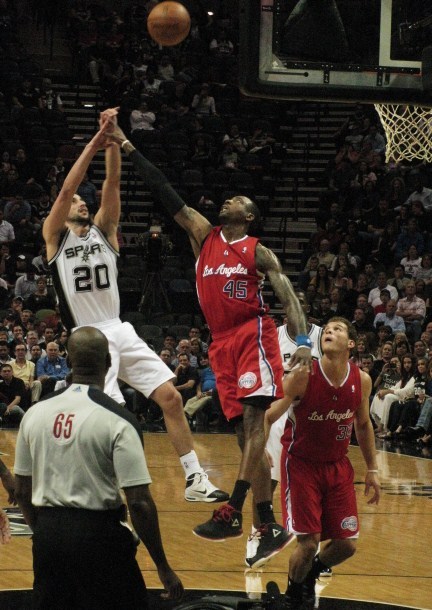 This was Manu's fifth game with 20 or more points out of the seven the Spurs have played. Last year it took him until January to register his fifth game of 20 or more. Amazing!

And now, some captioned pics: 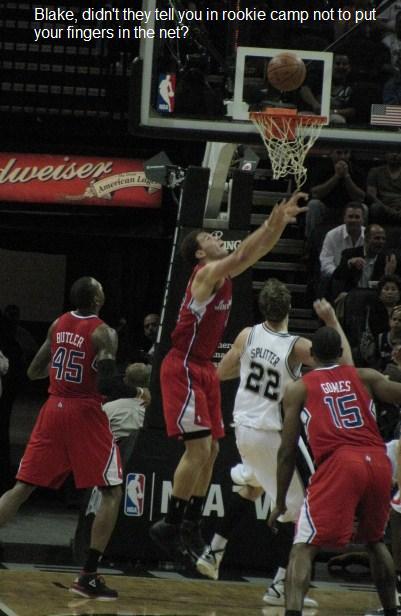 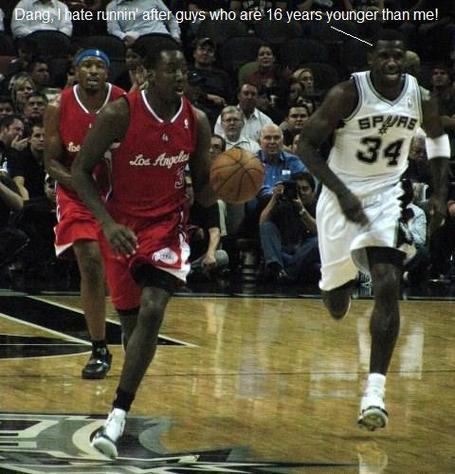 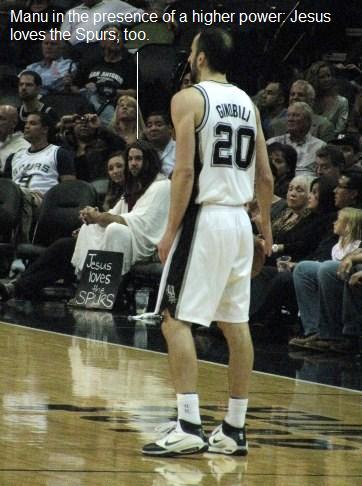 Senhor Delicioso (Portuguese for Mr. Delicious) or should we just call him the Brazilian BonBon? 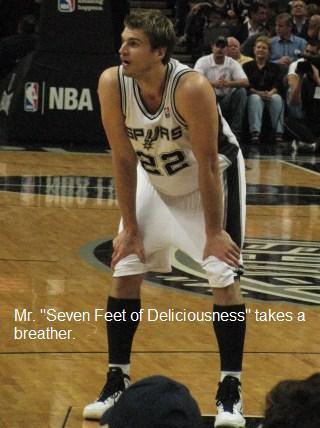 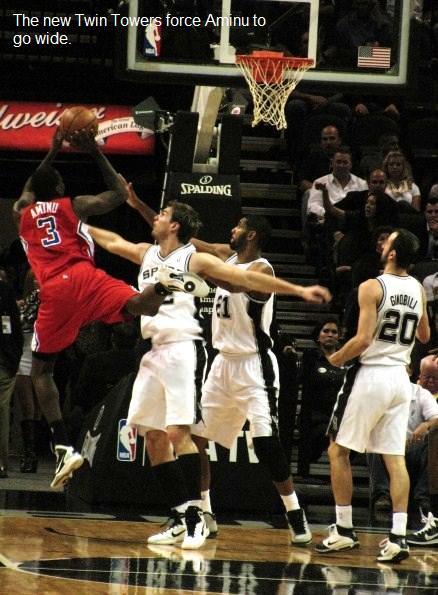 Take a good look at this line-up that Pop saved for mop-up time. If we see lots of it, this could be a very good season. 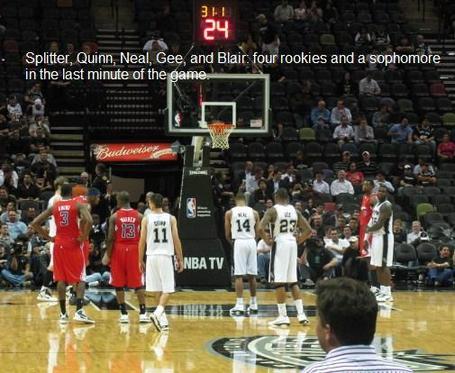 And finally, I don't think in three years of taking photos, I've ever gotten Coach Pop, with just Manu, Tony, and Tim - no other teammates in the picture. 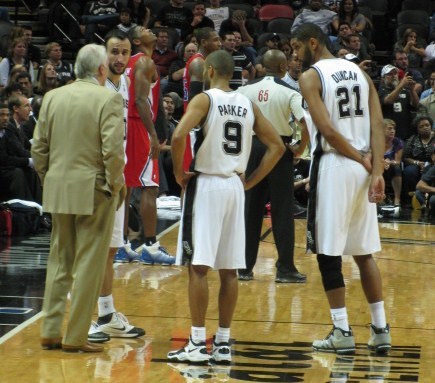