Pop: "There are missing limbs from Rockets players everywhere. How do I explain this to Stern?"

The Toros Spurs made their first preseason start in Houston, Thursday night against the Rockets. TP/Manu/RAGE/Timmeh/The Beast were starters against Rockets Brooks/Martin/Ming/Battier/Scola. Right from the start, you could tell that Blair felt great. In one of his first match ups, he was faced with the armpits of Yao. Faced with a sweaty, moving 20-story skyscraper, The Beast decided to use his athleticism to conquer The Great Wall. He stuck his arm around the 10th floor and knocked the ball out, which in turn lead to fast break points. Coach Pop told reporters after the game, "He knows and understands the game. He has a good, innate feel for passing and catching, shooting the ball in a variety of different ways. He has great touch and great hands." The Beast would finish the game with 12 pts 8 rebs, leading all scorers.

Speaking of shooting, the next leading scorer was Manu--syke! It came from Marcus Cousin. In a little over 24 minutes of play, Cousin scored 10 pts, had 8 rebs and 2 blocks. Statistically, Cousin had a great outing, though when actually watching the game it seemed as if he was still adjusting to the NBA level of play. I mean, that's obviously great if he can outscore and out rebound Scola. But still, he seemed to get bullied in the paint and on the offensive side, he obviously wasn't used to the tricky passes from Manu or even Hill. 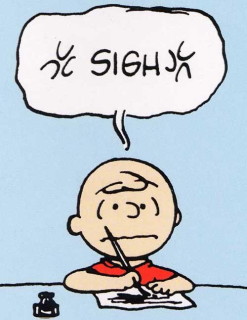 Speaking of Hill, Cubits had a less than memorable performance, getting 4 pts, all from the free throw line. Long Arms McGee couldn't score a FG, had only 2 assists, and committed 2 fouls.

Speaking of less than memorable performance, Booby was just..plain..awful. He's the Bogans/Udoka reincarnate. 2 pts, 1-4 from the field. Somehow, we were +4 in +/- with him in. The only thing I can think of is that the +/- system is broken.

Speaking of broken, what the heck is going on with the hype of Gist? He's one of those players (Mahinmi) you hope gets it turned around because potentially (Mahinmi) he could be a great big man to have on the bench. Looking back at the stats, I don't remember how he managed to get 4 pts and 6 rebs. Maybe it happened in the last few minutes--I honestly don't recall thinking to myself, "Good for you, Gist. Good for you." 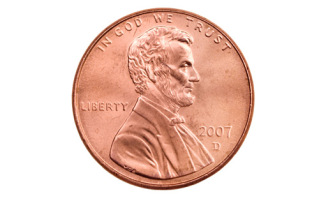 Speaking of, "Good for you," how about Kirk "1c" Penney? He wasn't incredibly flashy all the time, but he had his moments. LatinD suggested he looked very similarly to Manu. Oh the haters hated! Then 1c drove to the lane and the people who scoffed at the foreigner rescinded their comments. Penney shot 4-9 FG scoring 9 pts which included a three. David and I are strong supporters of the Copper Man. Maybe he'll earn a spot on the roster.

Speaking of spot on the roster The much anticipated Anderson showed up late in the game only scoring 2 pts and turning the ball over twice. Don't let this fool you though, he played only 8:34 and it was a very quick 8 and a half minutes. Anderson did not get much quality time on the floor, but him, Neal and Jerrells forged a late comeback, only to be down 3 at the end of the game.

I obviously cannot wait to see Tiago suit up and play. He was held out because of his plantar-whatever injury. I call CIA Pop bull on that. While I do think he did hurt his foot, I don't think its enough to warrant him out of preseason games. I think Pop is resting him for the long season ahead. You have to keep in mind he played a complete season of ACB, including the playoffs and finals, and then played for his FIBA national team. A year of non-stop basketball obviously puts a stress on the body, and a full NBA season (with likely playoffs) is just begging for serious injury. I see your move, Pop. I've studied you way too long to fall for those games.

1. spursfan87 thinks there should be a fragrant foul.

* Manu ex Machina explains, "Yes, there should definitely be fragrant fouls to go along with the new technical calls. Sometimes, there’s nothing worse than a bad case of B.O."

2. Old man jrw swings and misses at a Pokemon reference I made.

* lullaby follows up with a quote sure to make you GOL: