A Fan Behind the Scenes in San Antonio

Share All sharing options for: A Fan Behind the Scenes in San Antonio

This is the other story I promised when I did my running diary of the Thunder vs. Spurs preseason game. The what-JRW-saw story that some have expressed an interest in.

So, follow me beyond the jump into the land where sports is a job to be done, not a leisure activity. Where a humble Austinite (no, not that kind) and fan of the Spurs can pretend to be a media maven while trying not to embarrass anyone and learn the ropes. It's a land of catered food and bland decor where a small piece of paper is the most important thing you wear. 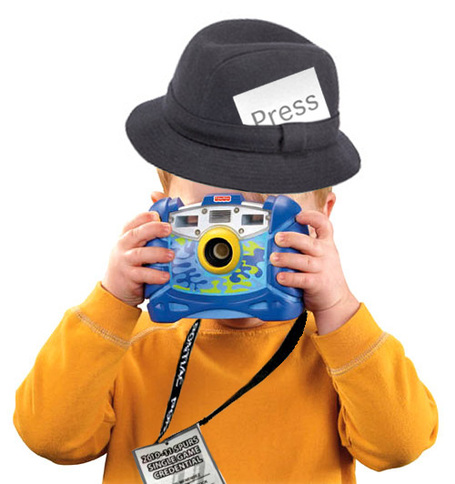 I can haz media credentials?

I grew up in Houston and my father was the chaplain for both the Oilers and the Astros, so I spent a pretty large amount of time in their practice facilities and at the Astrodome when I was in my single digits. I went to tons of games and kind of felt like that stadium was a 2nd home, since I was there so often. It was really cool to hang out with the players and their families, but like everything else, you get used to it quickly and it becomes normal. And as my father moved on to other things, sports increasingly became something only viewed instead of attended, as the years passed and those memories faded. 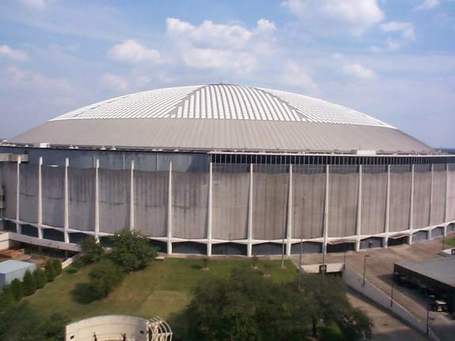 Taking over PtR after Wayne's tenure and being allowed into that environment again, well it brought back a lot of those memories. And it made me think about how much the world has changed since the 1970's and how glad I am that no one dresses me in corduroy slacks anymore. Although one thing that didn't change much was how much taller than me the players are. But that's a different story.

This story begins with me, my notebook and my smartphone entering the AT&T Center though an innocuous set of doors that the media use. I arrived along with a couple of regulars, and we signed in and negotiated the elevators and hallways that took us past hallway and doors that are about as non-descript as you could imagine. Every part of the building looks like everything else, and if you're paying as little attention as I was, it's quite easy to get lost in a hurry. Which I pretty much did. But when they stopped to drop their stuff off at the media workroom (which you'll see later) I set a little red pin in my mental map, and made sure that I could always get back there.

Besides the players shoot-around, which has been covered before, the big pre-game event is the interview that Pop gives to all who are brave enough to approach him. All of the reporters gather in a non-descript hallway outside an anonymous looking door, as the time approaches for the coach interview. And things get a bit tense as everybody's thoughts turn to formulating questions that won't prompt an annoyed silence followed by a verbal pantsing. I don't want to say it's quite like waiting for a firing squad, but here's a picture of where we were standing. 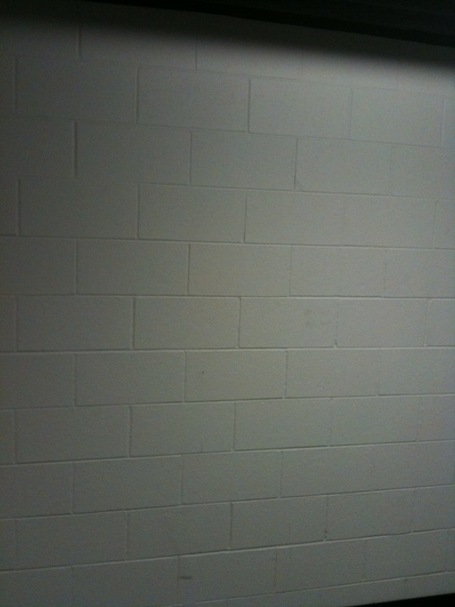 Not a blindfold to be found

The Extraneous G comes out, asks how everyone's doing, and then just stands there -- waiting. The silence before the first question is so pregnant it's practically begging to be driven to the hospital. But someone finally jumps in there and starts it off. It actually goes quite smoothly. He answers some questions about the guys trying to make the team and one about defending Kevin Durant, and after making a joke about Robert Horry, he says "Okay, boys," and it's over. It was the kind of conversation that beat writers have been having with coaches for decades.

Here's where I was surprised by technology, which doesn't happen that often anymore. Just about all of the reporters are recording Pop on their smart phones, and one was using an app that I'd never seen before, but I didn't think anything about until after dinner (which I'll tell you about), when I'd found my seat in the press area and logged onto the game thread to see what was going on. Turns out that Heman had already posted a link to the audio of the interview (which you should listen to if only for Pop's joke at the end) from 15 minutes before. Should I have expected this? Maybe, but it was weird to see it happen that fast and to find it on PtR, which I was wirelessly accessing from the arena before the game. Not the way it used to be - is it, dad?

Anyway, it was dinnertime, and from all that I'd heard about newsies being ravenous, I wasn't expecting the quiet, polite and orderly feeding that I took part in. After some fried rice, a spring roll, some grilled chicken, veggies and sweet and spicy sauce, there was still room left for the cookie as I talked with Jesse of 48MoH, and a guy in radio. Then it was off to watch the game. 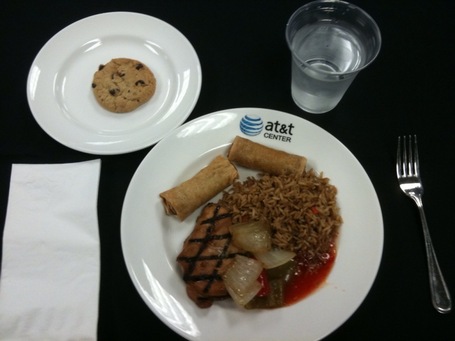 You've already heard about the game, and the locker room I'll save for later, but I did want to share one more thing before letting you go. After the Thunder's starters had finished off the Spurs bench in the fourth quarter, the media room was filled with the fourth estate who were not diligently working on stories, or prepping for the interviews to come. The reporters weren't tightening up their stories or looking at stats from the game. No, nearly everybody was standing by a TV watching the 8th inning of the Rangers vs the Yankees. And the atmosphere was just like a playground at the end of recess, when the room emptied as everyone went to talk to the team after just another NBA preseason game.