On a night when both teams shot over 50% from the field, and the game was closer than it should have been for three quarters, the Big Three finished in style: Duncan 23, Manu 22, and Parker 20. We also got good play from our bench. But, I will leave the official re-cap to others. Enjoy some photos. . .

Manu wears the new short sleeve shooting shirt - they have the player's name and number on the back. They were not worn during pre-season. 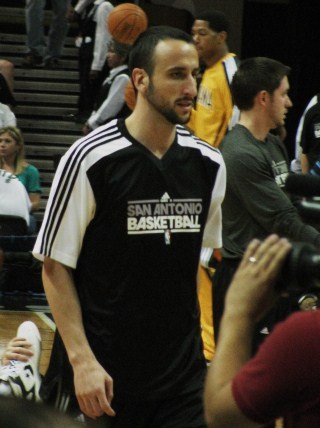 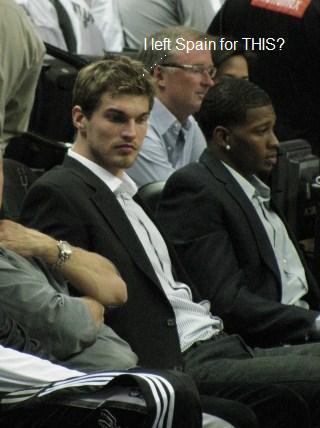 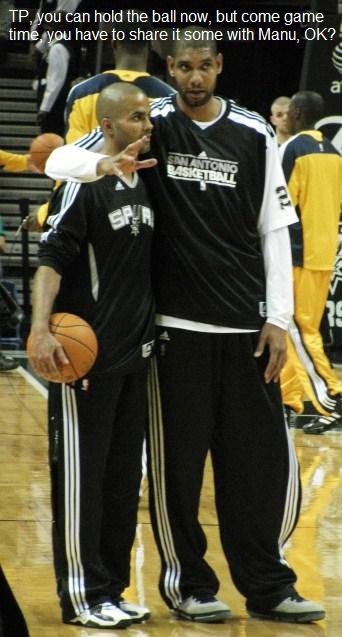 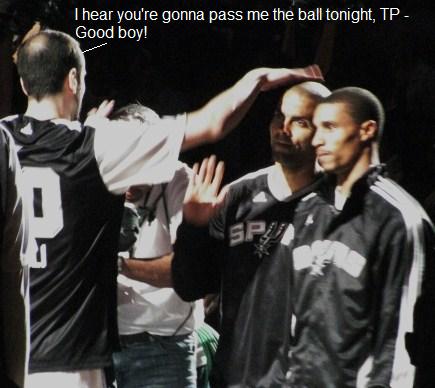 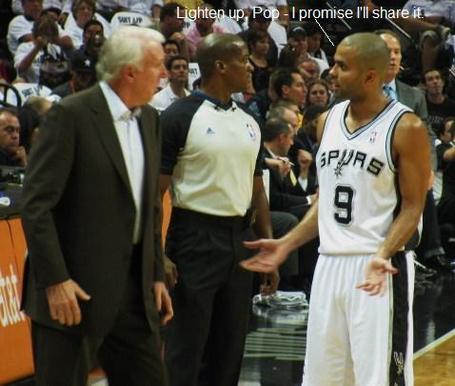 And Tony DID share the rock tonight - NINE assists! Not once did I yell at him to give it up! 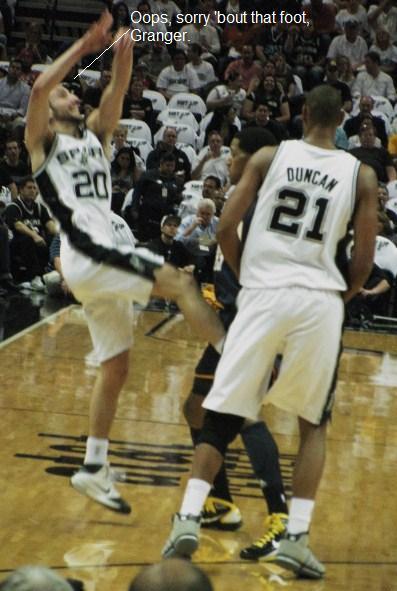 Manu did apologize, on his way to the free throw line to sink three - poor Granger got whistled for a foul! 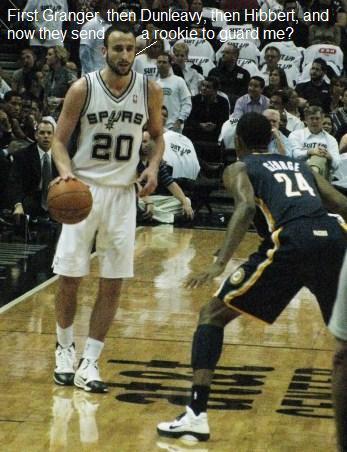 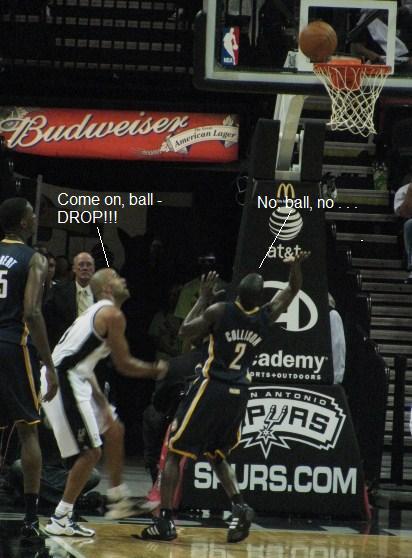 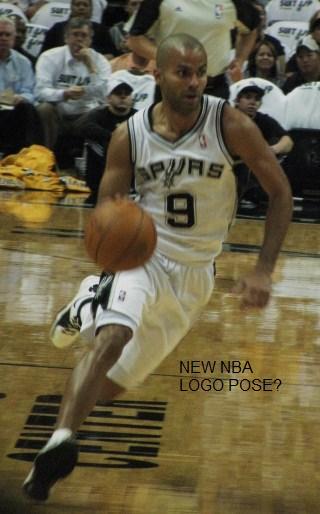 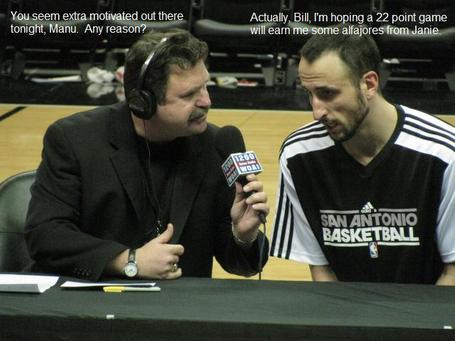 Next game, Manu, I promise - to commemorate the Great Bat Capture. And those sneakers? Yep, they're Manu's.