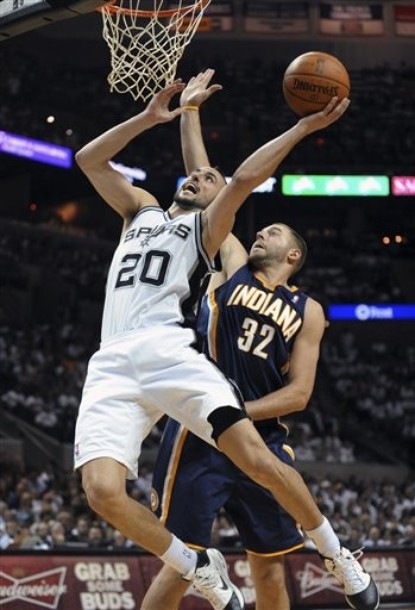 This is will be a constantly updating thread. Use this as the post game discussion thread. 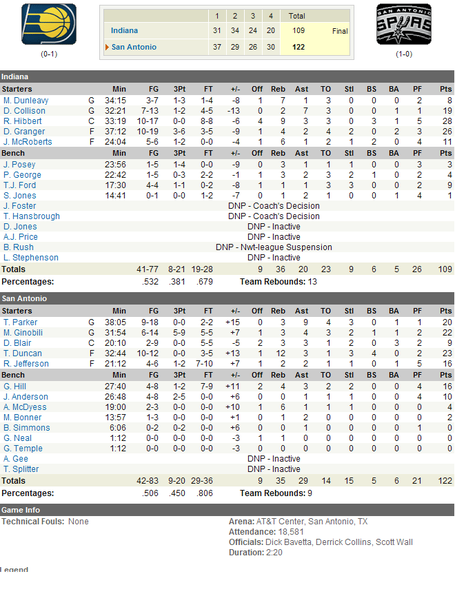 spurs: “It’s all about our defense. We have to have a defensive identity. They scored 44 in the second half, that’s what it was all about.” - Pop

spurs: With tonight’s 122-109 victory over the Pacers, the San Antonio Spurs are now 13-1 on opening night during the Tim Duncan era.

spurs: Matt Bonner suffered a sprained right ankle in the third quarter of tonight's Spurs-Pacers game. He will not return to tonight's game

JMcDonald_SAEN: The last time the Spurs scored this many pts in an opener, the man two seats to my left (Sean Elliott) was playing. 1994-95.

Awesome wishes it could be Manu.

- TecateBoltsFan in the first game thread.