State of the Spurs

Share All sharing options for: State of the Spurs

After a successful offseason, most Spurs fans are excited for the start of the season. However, while the preseason answered some of our questions, it also raised some big ones too. Welcome to State of the Spurs, my monthly attempt to determine where the Spurs are, by asking and answering my own questions. It's really not as bad as it sounds. 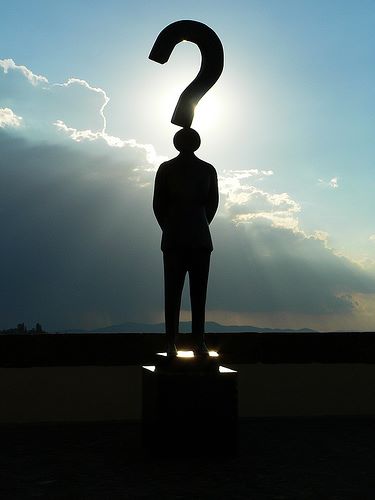 But talking to yourself Never sounds bad, Cap. [jrw]

Yes, this is long, but it's the very first entry, and I have a lot of ground to cover. Deal with it and listen to some music while you read.

So which players have already proven themselves this preseason and which ones have some work to do to quiet the voices in my head?

Most Definitely An Answer: Tim Duncan. There is no questioning of Timmeh. He might be old, but he's still pretty darn good. Pop has shown a concerted effort to limit Timmeh's minutes, and he's looked good in those limutes. Duncan's per game stats may suffer, but his per minute stats and overall efficiency should remain the same.

Answer with some Room for Improvement: DeJuan Blair. DeBeast spent his time during the offseason beefing up his offensive game. Blair's ability to limit his fouls and to stay on the floor is huge for the Spurs. His continued improvement is key to the frontcourt this year, although he'll still have issues against bigger lineups. At least we never have to worry about his rebounding.

Answer and Anchor for the Bench: Antonio McDyess. Still has that smooth jumper. Still plays good defense. Still a solid backup and option off the bench.

Big Question for the Postseason: Matt Bonner. Matty is needed for his ability to shoot the ball, and for his hustle. However, the lack of big guys means Bonner will play more minutes than he should. Unfortunately, the biggest question about Matt can't be answered until the postseason.

Incomplete - Not Enough Information: Tiago Splitter. All of the experts agree that Splitter will be a contributor and an improvement over some of our previous bigs, especially on the defensive end. But he hasn't seen the court yet. No matter how accomplished Tiago is, he can't just step on the court and blend in seamlessly How long of a transition will it be once Splitter takes the floor? And is his "injury" just Pop being ultra-cautious or will it linger?

Answer with a Need for More Anger: Richard Jefferson. RJ may never mimic his stats with the Nets, but his improvement this preseason can't be discounted. He looks less confused during offensive sets, more comfortable on the defensive end, and has exhibited the aggressiveness that earned him the Rage moniker. Jefferson will need to be the definitive 4th option for the team this year.

Question due to Rookieness: James Anderson. The last several preseason games Anderson has been the primary SF backup. He's shown good effort in the preseason, but has also shown the inconsistency of a rookie. He needs to remember the aggressiveness from his college days, but he has great potential .

Question due to Lack of Veteran Savvy: Bobby Simmons is the other option. Yes, he's a veteran, but Simmons hasn't yet been a major spark off the bench on either end of the court. The JV needs to coach him up.

Question due to CIA Pop: Alonzo Gee. Dang, not even a psychic knows what Pop is doing here.

Answer who Deserves More Respect: Tony Parker. His speed is back, and Tony has been ballin' this preseason. No reason to worry about what we can't control, and it's time to just enjoy watching Parker play.

Answer with a Crazy Foreign Flair: Manu Ginobili. The summer off has done a world of good for the Argentine. His 3-pt shooting is back, as well as his patented forays to the basket. The rest of the NBA should be prepared for a season of his supernova play.

Currently only a Minor Answer, but an Answer: Garrett Temple. Temple is not going to be a star, but he did nothing this offseason to dispel his usefulness as a backup. Garrett continued to demonstrate his versatility, but he must become more confident with his shot.

A Puzzling Question: George Hill. I'm not really questioning Hill's role on this team or his ability. However, he needs to get out of his own head. It's obvious that George spent time this summer trying to improve his floor game, but his lack of confidence on the offensive end translated to the defensive end too. We need Hill to be Ninja Bot.

Question due to Lack of Sample Size: Gary Neal. Neal could prove to be the offensive spark needed off of the bench, especially with Manu now starting. However, if his shot is off, Gary doesn't stop chucking. And though the effort has been there on the defensive end, Neal is small for a SG and hasn't yet played a full season at this level.

Question: Are the Spurs healthy?

Answer: Most definitely Yes! Tony looks like the Tony of old, Manu has his hops back, and Timmeh looks as spry as he has in years. Anderson is recovered from his hammy, and no other major injuries occurred during training camp. You can't predict future injuries, but neither can any other team.

Question: Has does the depth compare to last year's?

Answer: The backcourt has two legitimate All-Star starters in Tony and Manu, an experienced backup in Hill, and the intriguing potential of Temple. Pop also has the ability to go with the hot hand in either Neal or Anderson. Big thumbs up! But the Frontcourt? Currently, very scary. Without Splitter, the Spurs are down to 4 big men. The foul trouble that both Blair and Bonner exhibited in the preseason could require Duncan and Dice to play more minutes. And RJ is just going to have to play some serious minutes, until one of his potential backups steps up.

Question: Will the Spurs have anything remotely resembling a Pop-orchestrated defense?

Answer: Potentially yes. Blair's improvement will allow Timmeh to guard the paint, where his lateral movement won't come into play. Splitter should help against the bigger lineups. We have the athletic wings necessary for chasing shooters. But there's that pesky little problem of Execution. There hasn't been much during the preseason. The Rockets killed us down low, and the perimeter defense has been non-existent. Potential without execution doesn't mean squat. I envision Pop yelling early and often.

Question: Will the bench overachieve or disappoint?

Answer: The loudest voice is yelling "BAM", because unlike other years, the Spurs have some serious youth. No longer are the Spurs the old farts of the League (despite what the experts might say). Only Dice is older than 30, and the young guys on the bench are extremely conducive to Pop wanting to push the ball. The talent is there. Yes, the bench is inexperienced, especially with Manu now starting, and there will quite probably be some really ugly quarters (RQCs). But Pop showed a willingness to go deep during the preseason, and by the end of the year, the rotation should be firing on all cylinders. Besides, if it does go south, Pop will just put Manu back on the bench and life will be good.

Question: Will any of the Spurs resemble the outside shooting threat that the offense is predicated on?

Answer: There are no answers - just lots and lots of screams. Yes, Manu and Matty have looked better from behind the arc, but no one else has been consistent. We're can't be much worse than last year, but I can't say we're actually better either, and we need to be better. The corner pocket is your friend, guys.

Question: Will Pop bring back the beard?

Answer: Please, FSM, make this so!

Since this is supposed to be an monthly post, please submit suggestions, questions, and/or therapy options in the comments or directly to yours truly.

And now I leave you with SBNation Fan Confidence Kool-Aid Poll that graces PtR in the upper left margin. As of October 20th, the Spurs have a score of 84 from the PtR Community, which is obviously feeling good about the team and will now critique my questions. But would it kill you, SBNation, to use gridlines?