The last pre-season game for both teams saw the benches of both sides battle it out in the fourth quarter.  And I mostly took pictures for fun tonight - many of these have little to do with game action.  And, in case you haven't noticed, the "bosses" of the site have created an archive section of my photos under the heading "Scenes from the Season" on the left-hand side of the main page under "PtR Fun Pages".  Thanks, guys - I'm honored!

Let's start with a great photo of the starters just after the end of introductions - gotta love these guys. 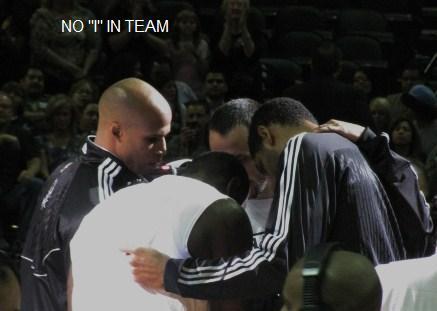 Your "sneaker challenge of the night . . .answer at the end of the post.

Opening tip - Timmy didn't quite control this one. . . 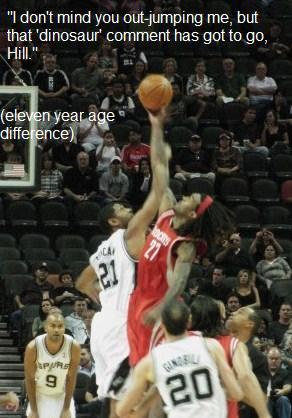 DeJuan and Tim have obviously been working on free throw shooting:  DeJuan has a nice, high arc to his shots from the line now, and TD is no longer pausing long enough for a chorus of Happy Birthday to be sung before he shoots - he just let it fly! (DeJuan was only 1 of 3, but Tim was 1 for 1 - and for the second game in a row, Manu did not get to the free throw line.) 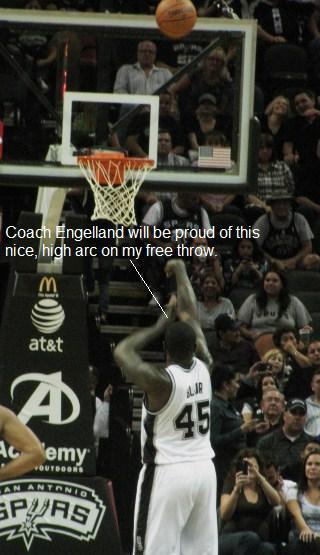 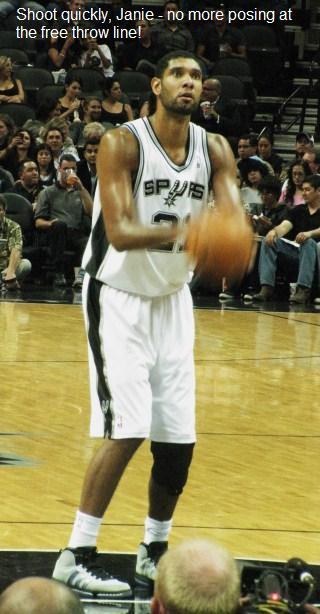 The new rule on technicals for protesting foul calls with too much emotion, verbal or otherwise, has resulted in some odd methods of self-restraint on the part of players. . . Tony demonstrates here : 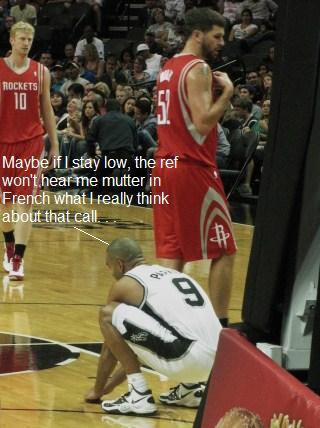 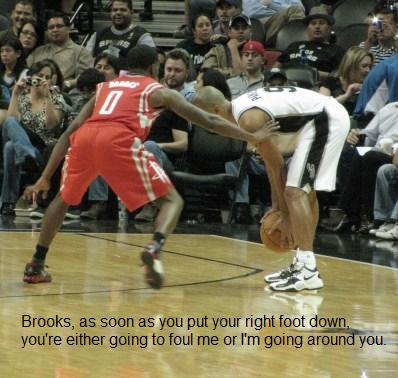 If you can believe Manu's "tweets", he and Tiago were "stood up" by Scola at dinner last night. 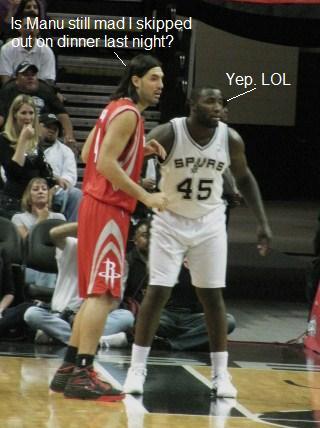 We all know Manu's left-handed, almost never shoots with his right hand . . . 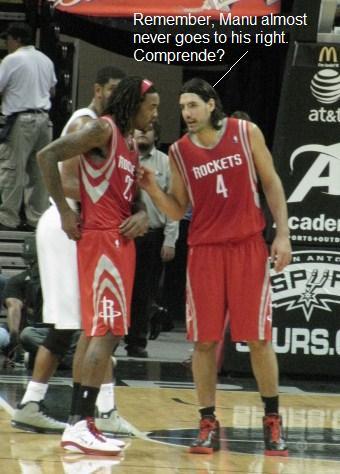 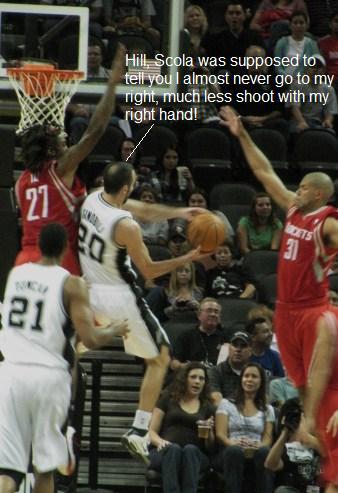 There's always something happening on the bench late in the game. . . 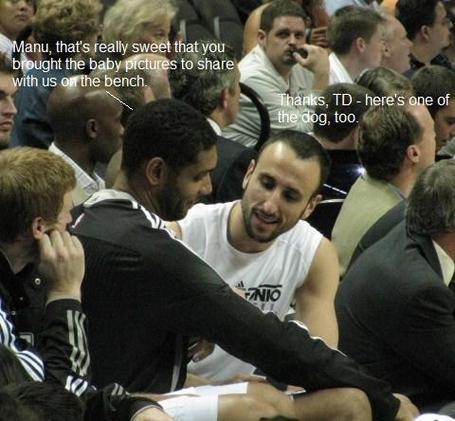 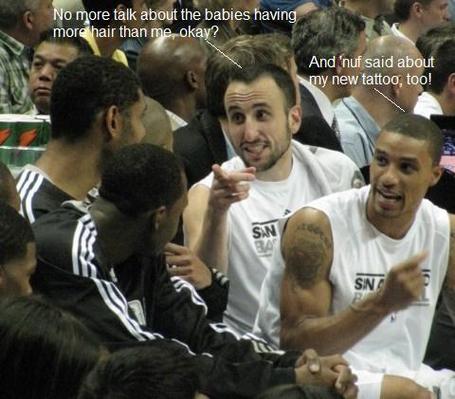 And whose sneakers were those? 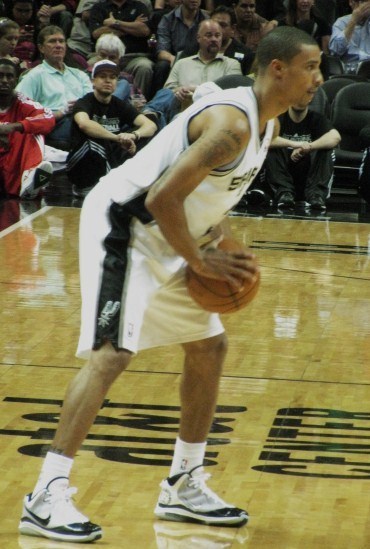