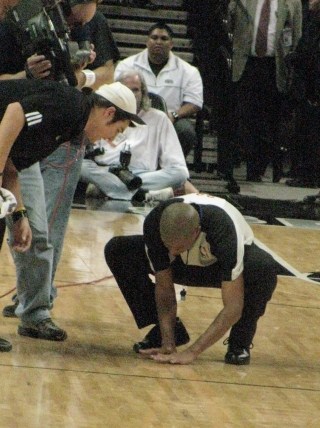 On a night when the Spurs toyed with the Pistons for three quarters, they got so hot in the fourth quarter that a board in the hardwood actually broke.  No truth to the rumor that this was the same spot where Manu went down hard in the first quarter taking a charge that was called a block instead.  Here are photos of a few good moments with a link to more. 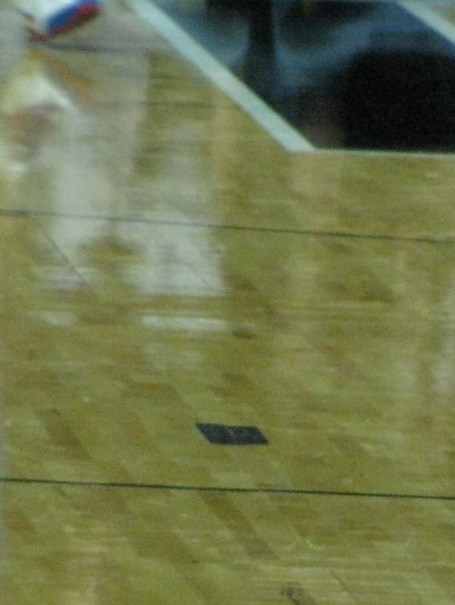 The solution to any repair problem: DUCT TAPE!  The game resumed without incident.

In the first quarter, Manu scored 7 points in 50 seconds on the game clock: 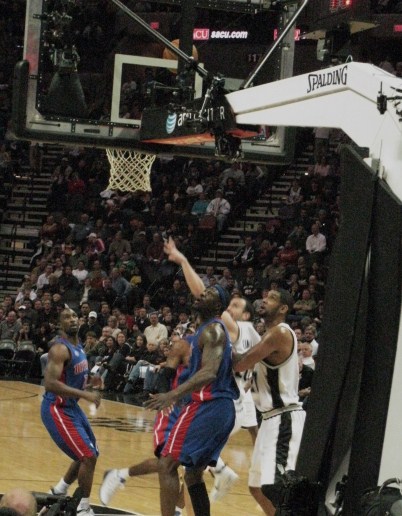 His first two points came on a difficult 7 foot jump shot, seen in video highlights from a different angle. 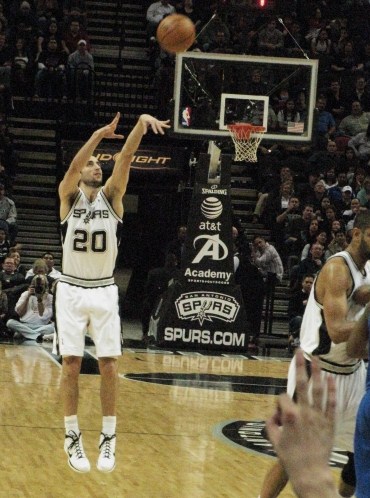 Three points came on the next possession - a fan signals the "three".  That's just so pretty to watch. The last two points in the fifty second run came on a dunk after a steal at the Pistons' end of the court.  I was too mesmerized just watching the fun of it all to get a photo. 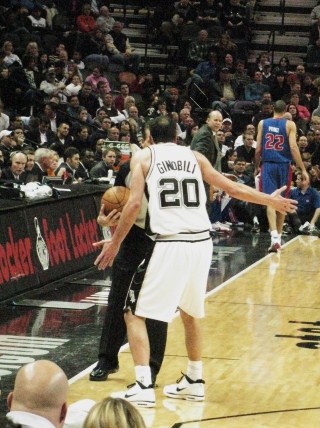 Manu had an animated, but not angry, discussion with a ref last night - I love the way he bends low to get eyeball to eyeball.