Bobcats 92 Vs Spurs 76: You Shall Not Mention The Second Half

Share All sharing options for: Bobcats 92 Vs Spurs 76: You Shall Not Mention The Second Half 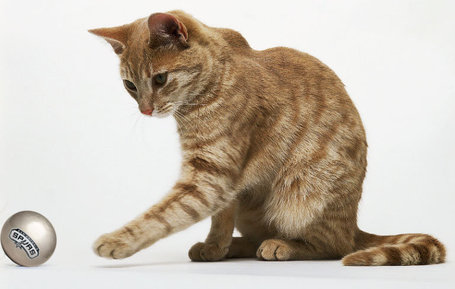 You knew this was coming. The Spurs had won two straight games against playoffs teams, and one of them was the Lakers; they had finally garnered some attention from the national media, and pundits around the world had propelled them to the top 7 places of their bogus power rankings; Blair, the Teen Beast, had gone 20/20 and it was gorgeous. The spotlight was too bright for the Spurs: a letdown was looming.

So our Spurs lost, and it was Joakim Noah. If for some more reason you want to know more about this disastrous game, go beyond the jump. It won't be worth it.

Me being on recap duty has no influence on the outcome of the game. Me always having to gripe about disappointing or downright crushing losses is a mere coincidence. Someday I will recap a great win, and be able to be positive about it.

A Throwback First Half

I doubt there's a coach in this league that has the ability to impact a team so profoundly in a short period of time like Larry Brown can do.

There always seems to be a spike in the overall quality of the teams he coaches during their second or third year in his system, as the players embrace his defense-first philosophy and his love for half-court sets that evolve into fast breaks after a timely steal of a turnover for their opponents. Sometimes we forget that Larry sowed the seeds for the Spurs' current philosophy in the early years of Robinson's career. If Larry hadn't decided to coach that devastated post-Gervin team of defense-last offense-yes-please riff-raff, the Admiral might've been stuck in a lousy team for years despite his herculean efforts, and might've moved on after all. Or maybe Gregg Popovich, his protege, might've learned a different branch of basketball and become an advocate for 7SoL decontracté fun. Who knows?

In any case, San Antonio would've had a far different history without Brown's influence, and people should thank him for it.

The first half reminded me of the classic games versus Larry Brown's Pistons. Good defense at both ends, horrible offense for long periods of time at both ends, too, and low-scoring affairs. Both teams missed their first 4 shots, a small sample of what was to come. I'm not going to lie: it was fugly. But it was also nostalgic to me, in a way. Thanks to Blair and a great push by the BAM late in the half, the Spurs finished with a 4 point lead. Our offense was mediocre, but our defense kept us in the game.

I know I said you shouldn't mention this half, but I have to. I'll be quick about it.

This was our worst half of the season, most likely, and yet I can't find it in me to get upset about it. At some point in the third quarter they started making their shots, after a dry spell that lasted a half a quarter - we continued shooting blanks. It's times like this when you wish you had the option of bringing two great shooters off the bench, Bonner and Findog, to be able to check if they have the hot hand. Tonight, everyone was off: Manu was missing his jumpers again, Mason followed suit and overdrove many times; Tony kept turning the ball over; RJ was timid and his shot was also off. Nothing was going well, and the third quarter ended on a whimper. Mine.

As someone suggested during the game thread, the Third Quarter Collapse evolved (mutated) into a new beast called Second Half Collapse. They made 3s at will, we clanked ours. They got fouls, we got turnovers. Nothing worked: substitutions, pep talks, yelling, changes in the line-up. With 6 minutes left in the quarter Pop decided to rest his starters, put in our Defeat Cigars, and called it a night.

Why am I not so upset? Because these aren't the Spurs. We shot 38% from the field and 20% (5-25) from three. We've proven we can score, and we will be even better off when the Gingerhead and the Mummy come back. Defense, now? Hm.

It Wasn't All Negative

There certainly are no "3 stars". It was a horrible, horrible game that I don't care to watch ever again. There's always something to share, though, and it might even brighten your day.

I apologize for any typos and gibberish. It's late, and my body needs some rest. Tomorrow we face the above average Memphis, and a second loss would send PTR back into Panic Town. Let's have some faith.