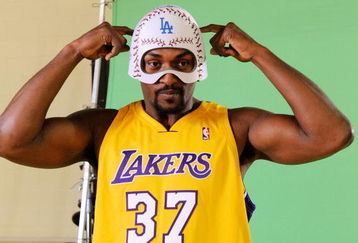 So it's finally come to this. We have the suckiest record among contenders when playing playoff-caliber oppenents, but tonight, we go up against a depleted Lakers team missing one of the best big men in the league, Pau "Highway Robbery" Gasol, and playing a concussed-out Ron Artest, along with a finger-breakin' good Kobe Bryant.

People have said it in the preview - prepare for a meltdown as disappointing as that last Blazers game. As for me? I say please effing beat 'em while they're down. Sure, it's not the most honorable-sounding thing, but sorry Lakeshow fans, the Spurs need this win more than your team does. We need some sort of belief, even if it's a false sense of belief to begin with, that we can beat a championship contender. We need to feel a little desperate, even if we're still in January. Yes, we're a damn hell needy team.

I put this up a little earlier than usual because I'm bringing back some graphs. Two graphs and a table, to be exact. Jump in and let me educate you a bit.

Here are some lame-ass graphs to get you pumped down (yes, it's not up).

Love Is All Around

In a previous incarnation, this was the ATS wardrobe predictor. Now, it's turned into the Ron Artest Crazy Pills Predictor, otherwise known as WCTWRDT? (What Crazy Thing Will Ron Do Tonight?) 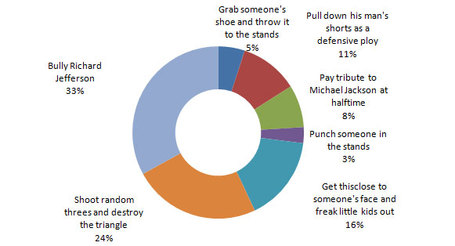 For those planning to go to the game, here's My Celebrity Sightings Checklist. Go crazy stargazing! Or, just go plain crazy. PtR approves of it. 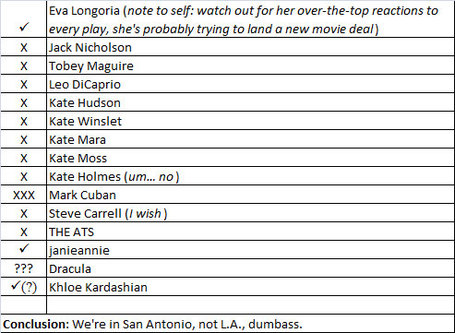 You think the above "Pull down his man's shorts as a defensive ploy" was just something I made up? You're crazy for underestimating how crazy Ron Artest is.

Will we see a Yawn sighting tonight? If yes, he needs to be kissed by a god and play the game of his life against the Laker bigs.

I'm done wasting your time. Here are your starting lineups and whatnot.