Captured a few nice moments from the Heat game, and there's still some champagne left in the bottle, so while I finish it, I'll post my photo recap of the game. 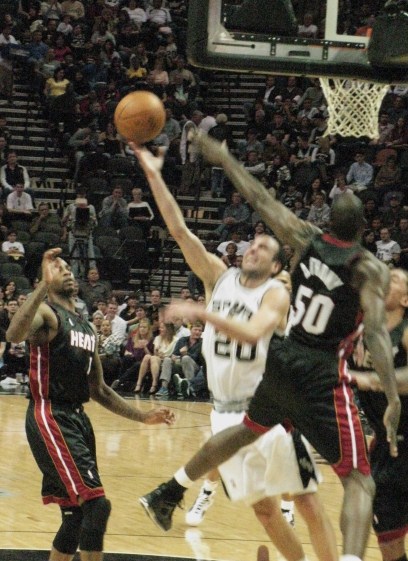 Yes, that is Manu shooting a layup with his RIGHT hand! He switched hands at the last minute as he drove between three defenders. This was captured in video replays of the game, but none of the still photographers got this coming out of his right hand, so PTR has an exclusive! 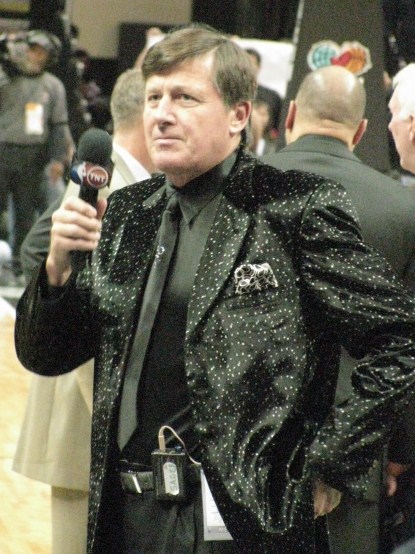 Craig Sager was in the house tonight for Turner Sports. In honor of the Spurs, he wore his black satin coat with silver threads woven throughout, a black satin shirt, and a tie with rhinestones. I've seen him look worse! 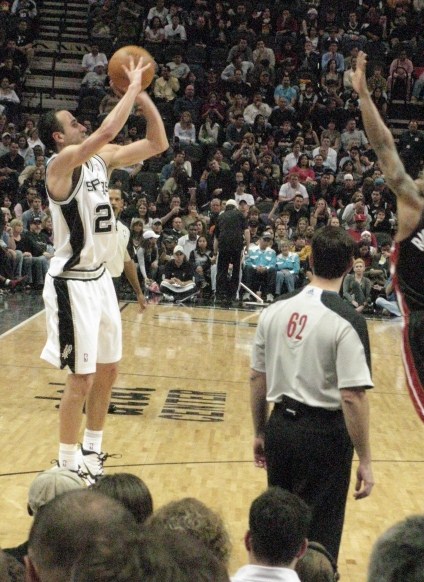 For all yoiu Manu lovers, this was a textbook, step-back, trademark Manu jumper. If you've ever watched those videos he did for Nike demonstrating his signature moves, this was a perfect illustration. 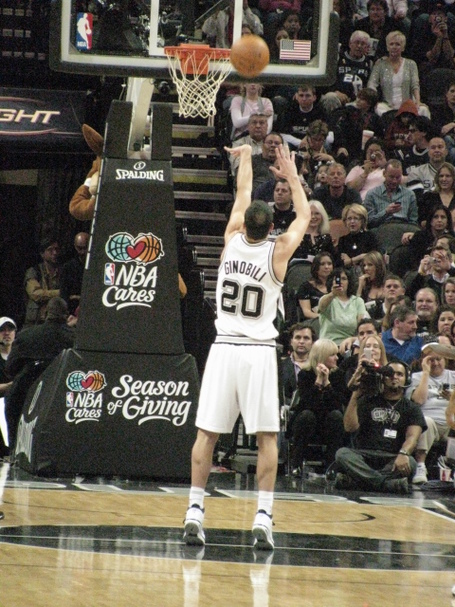 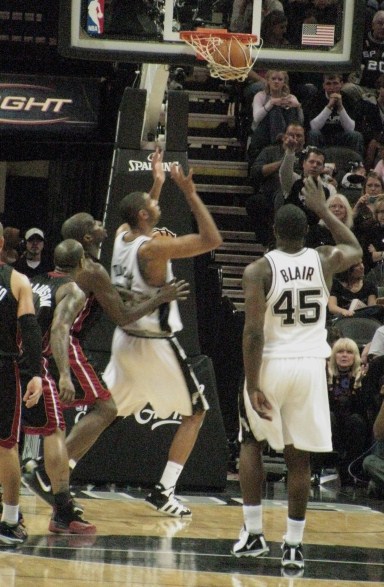 DeJuan is NOT shooting 90% from the stripe, but tonight he was 4 for 4. All that practice is paying off! 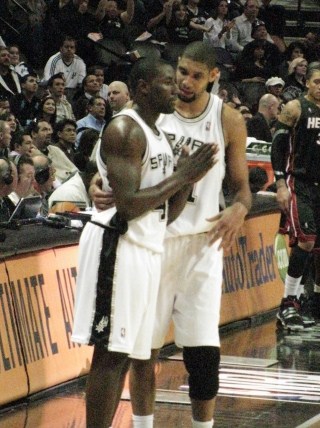 The Big Fundamental instructs The Beast . . . 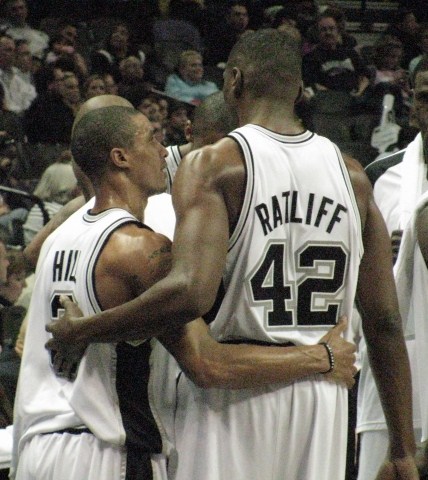 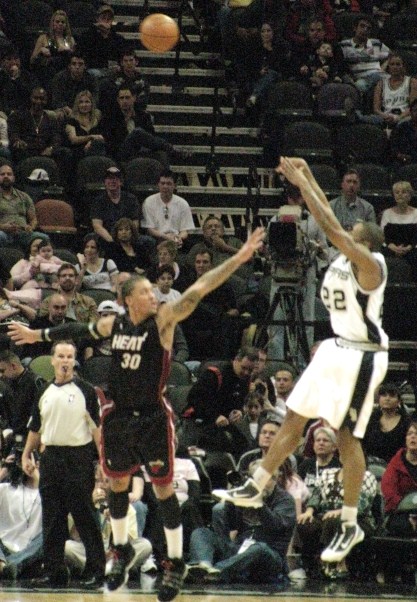 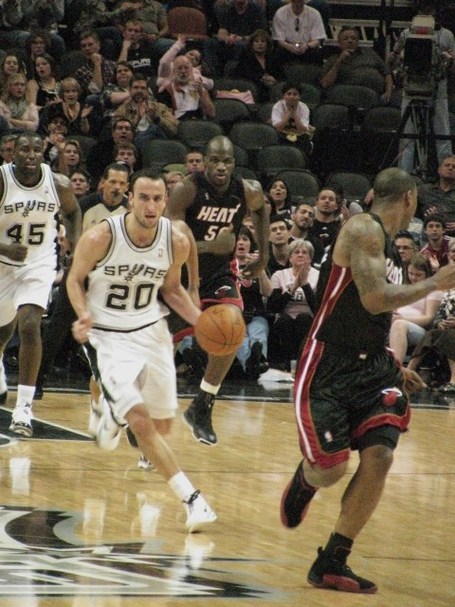 I just like the energy in this photo. Manu is at midcourt, and the defender is already confused as to which direction he is headed. 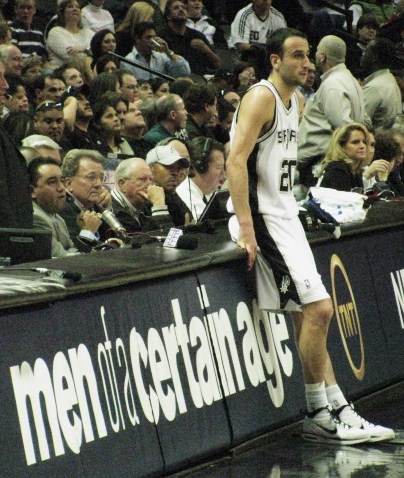 I could not resist this shot: Manu standing in front of the "Men of a Certain Age" promo on the front of the scorers' table - 'nuf said.