Missed this? Maybe not. We haven't had the Friday/Saturday edition for a couple of weeks now, if you've noticed (at all), so why not kick off 2010 with a little 'ol mash up of massive linkage? As always, jump in if you're bored as shit and a little hungover still from New Year's Eve festivities.

And oh yeah, after you've finished, feel free to drop a new year's greeting to your fellow PtR'ers. Because apparently, Hipuks isn't around with those /b/ comic strips.

To begin with, here's something from Rufus on Fire's Gameday Music selection that might get that New Year thang o' yours going:

Here's Tim C.'s contribution, and he's going with a familiar 90s song this time (which I love, by the way):

My contribution - Here's a little 80s-sounding artist from New Zealand going by the name of Ladyhawke:

Peachtree Hoops: Are the Hawks a tough matchup for the Cavs?
Umm... maybe not after getting whacked by the LeBronites for 2 straight games.

CelticsBlog: Glen Davis is Already Making the Most of His Minutes
"What was most comforting was how he basically looked like he had been playing all season. Throughout the 15 minutes he played his conditioning didn't appear to limit him, he made nice rotations on the defensive end and coupled that with some solid one-on-one defense, and he didn't appear to paralyze the offense at any point by being out of position"

Mavs Moneyball: OT: The Music of 2009
Totally unrelated to basketball, but feel free to agree to agree or agree to disagree with Wes Cox's Top Ten sounds of 2009.

Blog a Bull: Who fires their coach without firing them? Only the Bulls!
Will poor Vinny D be fired or not? Your guess is probably as good as mine.

Golden State Of Mind: FansVsCohan.Com The Newest Warriors Fan Movement
One more reason why I love the Spurs franchise. But also, Warriors fans do deserve better.

The Dream Shake: Carl Landry's Remarkable Standstill
You have to give it to him - Carl Landry is a pretty good player, and any team would probably want to have him onboard.

The Dream Shake: Bad news, Tracy: You probably aren't getting traded
"When you take into account all of the necessary variables, it simply does not seem like the Rockets will be able to trade Tracy McGrady this season." -- Poor, poor T-Mac.

Indy Cornrows: Pacers Issues
"One fan's take on how to solve some of the current problems plaguing the Pacers."

Silver Screen and Roll: Kobe Bryant moving past legend, becoming mythical creature
As the writer himself said it, it's yet another "OMG Kobe" piece. Skip if you don't want any of it, or you can read through it from a basketball fan's perspective and at the very least, acknowledge ("appreciate" seems asking a bit too much) Kobe's body of work so far this season.

Canis Hoopus: Hart for Tucker+ Swap
Another candidate for trade of the year. Yeah, I know, I'm just trying to get your attention.

Posting and Toasting: Imagining the Best Possible Result of the Nate Robinson Benching
"Is anybody else losing sleep wondering how Nate Robinson might play if he were to return to the Knicks' rotation? Odds are Nate won't be back any time soon, but I can't help but wonder if the little guy's stay in the doghouse has marked some sort of metamorphosis."

Liberty Ballers: Big Board Update
A possibly lottery-bound team talkin' bout the lottery this early. But you never know in the East, where under-.500 teams can get into the playoffs.

Blazersedge: A Decade Retrospective: The First Three Years...Slipping from Glory
Blazersedge looks at the decade that was for the Portland Trailblazers. You can read part 2 here.

Bright Side Of The Sun: So Long Alando Tucker. Best of Luck!
"The Phoenix Suns traded Alando Tucker to the Minnesota Timberwolves for salary relief. The move gives Tucker a chance to earn some minutes."

Sactown Royalty: Are Any Sacramento Arena Proposals Serious?
"On January 14, the mayor will host a forum in which all seven ideas will be fully presented. I look forward to seeing the Thomas and Haines proposals. The others? Sorry, y'all. Maybe they have some clever ideas that can be added to one of the feasible projects. But that will likely be the extent of their value."

Sactown Royalty: Kings should (obviously) trade Tyreke Evans
I, uh... okay. Maybe you should read this first before passing judgment on the suggestion.

SLC Dunk: Defensive Flooding makes Sloan Offense Road Kill
We've lost the season series, but we got one more game to at least salvage some pride against the Jazz. Mebbe we can follow this guy's suggestions?

Ridiculous Upside: D-League Showcase Right Around the Corner
Scott Schroeder gives us THE reasons to get excited about the D-League season.

Bullets Forever: The Seven Stages of Grief and the 2009-2010 Washington Wizards
As a sports fan, I can only hope I will never come to this on any of my favorite teams.

the Blowtorch: How to Stand in the NBA: A Primer
Funny stuff from these guys. And oh, our little Frenchie and the Bogeyman show us how it's done.

The Painted Area: NBA All-Decade 2000s: The Underachievers
"We're discussing underachievement in the cosmic sense: players and teams who had the chance for immortality and squandered it."

Hardwood Paroxysm: Have Respect: He Was Legend
I gotta agree T-Mac was a hell of a player a few years back. Now? It's a pity.

SLAM ONLINE: Decade’s Most: Influential
It's Jerry Colangelo, according to SLAM.

TrueHoop: Seven questions for 2010
I put this here just because I loved how Jon Krolik rates the Mavericks' prospects.

SI.com: Houston will remember Tracy McGrady for playoff failures
"The Rockets once believed Houston was the place and they had acquired the Final Piece with McGrady. What they got was T-Stat. He filled the box score and the arena. His regular-season and even postseason numbers compared favorably with the biggest of the big names -- including Kobe."

SI.com: Pat Riley comes off as hypocritical by questioning Dwyane Wade
"...the Heat have hung Wade out to dry this season, relying on an extension of his extraordinary skills and effort to keep the team competitive and reap a little lucre for the franchise with some first-round playoff games."

SI.com: Style Watch: Coaching in the Disco Era
If you thought that LatinD's FanShot of an overalls-clad Larry Brown was ridiculously hilarious, you should check the entire NBA's coaching roster's fashion sense during that era.

SI.com: Brandon Jennings looks for all-around game with Milwaukee Bucks
"The good news for Milwaukee fans is that Jennings' drop-off from "scary" greatness to mere very goodness doesn't reflect a lack of confidence or the passing of a hardwood harmonic convergence. It's actually a telling indicator of his uncommon maturity."

The Orange County Register: Now Bynum has a new knee problem?!
"In this case, the revelation that Andrew Bynum has been dealing with another problem in his right knee isn't all bad. It offers further explanation for the dramatic decline in his recent play, and the issue toward the top of his kneecap felt better to him Monday night after he did the right thing and sought treatment for the discomfort."

Some funny videos courtesy of the King of Weird Links, LatinD:

Cute kids, to make you smile.

Song About The Nations of the World (I hope the Animaniac didn't miss your country. He got mine but I think had it a bit wrong)

Just a really cool video about the universe.

A Creepy But Brilliant Short for the Holidays
"This beautiful looking CGI animated short created by Rodrigo Blaas is fantastically frightening and an incredibly disturbing Holiday treat. If you want to scare the kids away from toys this holiday season and possibly forever then this is video to show them."

A Snowstorm Time Lapse Video, for your enjoyment

Hotel Igloo Village
Me want one of them igloos.

Teenager Wins Science Fair, Solves Massive Environmental Problem
Just some of the things I dabble on when I'm not hanging around in PtR. (yeah, right)

Coolest Homemade Lego Minifigure Costumes
Took a lot of work, but they're cool.

Who says birds don't have feelings?
Click only if you want to feel a little cheesy and lovely.

42-Inch Monitor
LatinD and srf might enjoy this for their gaming needs.

A Great Shot of the Eiffel Tower
Neat.

30 Unusual and Incredible Surreal Artworks
Artists are crazier than your average crazy person.

Can We Have Movie Posters Like This Again, Please?
I concur. These posters are really, really awesome.

Corey Brewer Dunks on Derek Fisher
Just vicious. And over an old man at that. Youngsters need to respect their elders more these days, right, olf?

Tony and Eva go Grease on us with Summer Lovin'
And Ime shows off his moves, while The JV displays his acting chops. 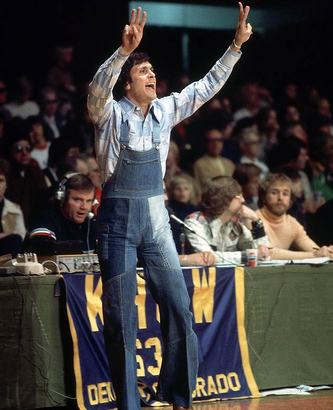 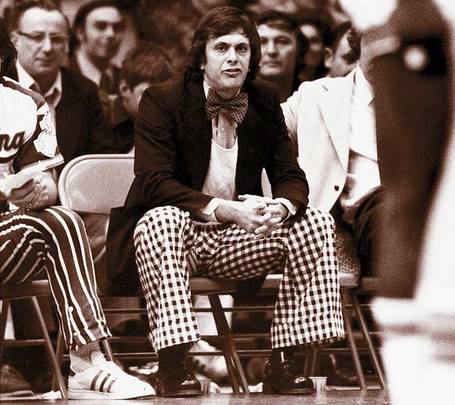 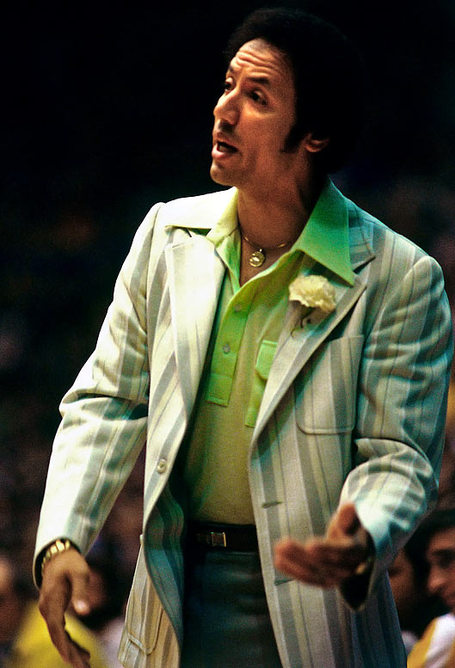 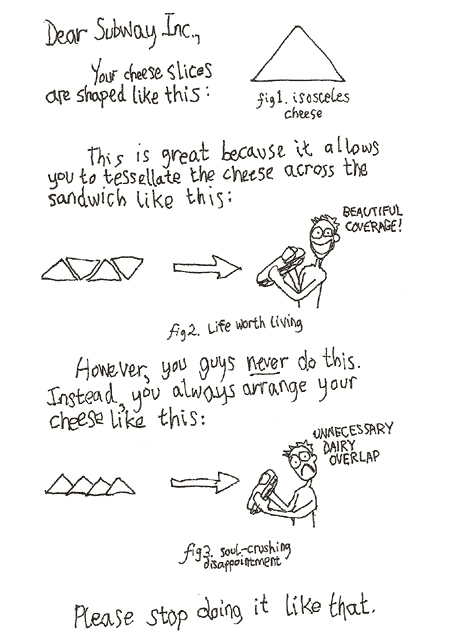 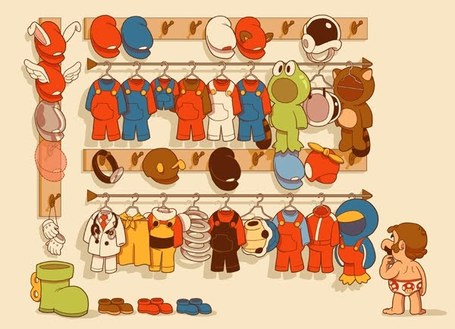 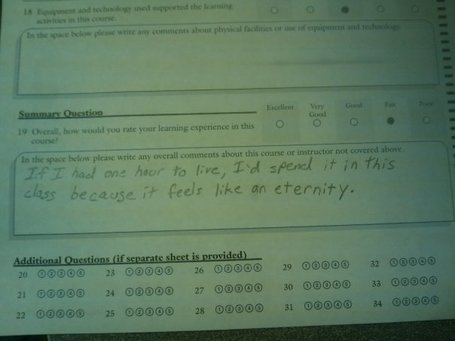 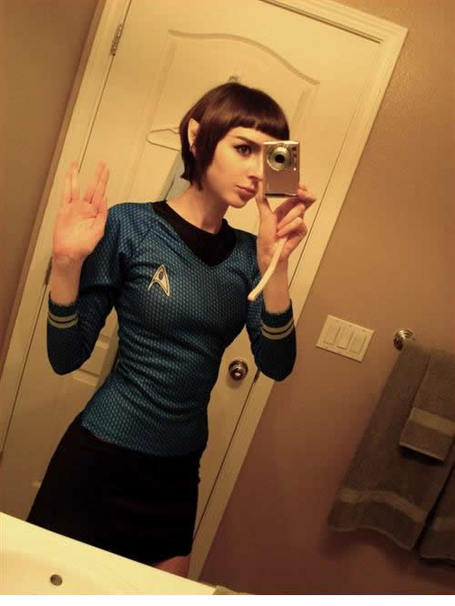 From Craig Sager's interview with Pop during the game vs. the Miami Heat:

Sager: Okay Pop, that quarter you managed to keep the Heat to only score 13 points, seven turnovers, and only 5 field goals. What happened?

Pop: I think they were looking at your suit.

Gregg Popovich, when asked for his take on a schedule that had the Spurs tipping off in New York less than 24 hours after the start of their game in Milwaukee.

It makes a lot of sense. I think that any team that can get in night before a back-to-back, go to bed at 4 or 4:30 in the morning, then play at 6 the next day, I think that’s a good thing. I think more of us should do that. Really puts a good product out on the floor.

"What’s missing on the defensive end that you’ve noticed?"

"Are there a couple of key ones that stand out?"

"Yeah, people are scoring too much."

Manu Ginobili, on the state of his relationship with Coach Pop: (thanks to Cacalinda for the translation)

Look, after such a long time our relationship goes beyond sports. We feel great respect for each other. Of course, there will always be delicate moments since we are talking about a player-coach relationship. However, we will still remain in good terms even if I don't stay on this team.