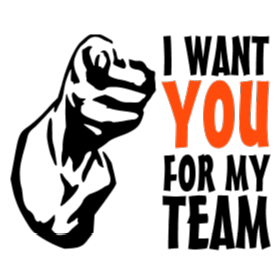 So, the San Antonio Silver Stars have won two in a row, and are back in the last playoffs spot of the Western conference. There are only four games left in the regular season, and if they want to keep that spot, they need every victory they can get.

Directly above them in the standings? The Los Angeles Sparks, our opponents tonight. The Sparks, team of apparently the only superduperstars who can dunk in-game, Lisa Leslie and Candace Parker. This is the first of two consecutive games against the Sparks for the Silver Stars, and winning both would put them 3rd in the West and would mean facing Seattle instead of Phoenix in the conference semifinals. It's an important night.

Think about it, and join me for a hack preview, after the jump.

The Sparks started the season even worse than our Stars did. 5-10 in July had some "analysts" writing their obituaries, but then it turned out that giving birth can affect an athlete's performance, and Candace Parker slowly started regaining her mojo. Lisa Leslie, in the meantime, recovered from a right knee sprain and suddenly the Sparks remembered how to win.

They come from winning only 2-3 after a six-game winning streak that put the fear in me just a week ago, and if they win just one of their next 4 games they'll have secured a playoff berth. For the record, Tuesday's game between the Stars and the Sparks at LA will be "Lisa's Farewell Game". That's right, Lisa is retiring, and I'm sure the WNBA will be a bleaker place because it. Even complete WNBA ignoramus like me knew Lisa, and that's saying a lot.

I wouldn't mind meeting LA in the playoffs, because at least their top players match up against two of our top three players at the PF and C spots. I'm sure Wauters and Young will do their thing against Leslie and Parker, even if they don't quite match their production an a given night. And of course, I'll take Hammon over anyone Lennox any day.

We'll see. I'm interested in Vickie's performance, myself, because she was really great in our last game. If she's clicking and Sophia is healthy, we have a better-than-good chance tonight.

The Silver Stars and the Sparks (so much glitter) have met twice this season so far, with a win for each team.


How can I watch tonight's game?

Unfortunately today's game will be audio only. The WNBA hates you. Check out your local channels, though, as it should be nationally televised. If you live abroad, too bad.