Share All sharing options for: Roster Roulette and the San Antonio Spurs

By now, everyone knows that the Spurs recently signed Curtis Jerrells and Keith Bogans. That makes 19 players that will be at training camp for the Spurs, with one spot still left to be filled. Let's explore the impact of this a little bit more, especially the Bogans signing. 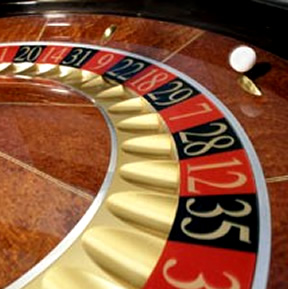 Who's the lucky new Spur?

A Good Problem to Have

With Bogans now onboard, these 14 players have guaranteed contracts for the 2009-10 season:

In addition, these 5 players have varying degrees of non-guaranteed contracts. This post is going to concentrate on them:

That brings us up to the currently known 19-player training camp roster.

NBA teams are allowed to have 13-15 players on their rosters during the season, so if they wanted to, the Spurs could tell everyone else to go to hell and stick with the 14 that are guaranteed. With the Spurs so far over the luxury tax threshold, keeping only 14 players wouldn't be a big shock. In years past, they always seemed to keep a roster spot or two open, in case somebody becomes available off of waivers later in the season(see: Drew Gooden, 2009). So, keep in mind that the Spurs may not keep any of the players who are unguaranteed.

That's not to say that it's impossible for two or more of the players on that list to make the team, either. As one of the commenters at 48MoH recently pointed out, it wouldn't cost the Spurs a whole lot of money to release Ratliff, Bogans or Haislip. There's also the possibility of a salary dump trade for a draft pick - the primes candidates being Matt Bonner and Michael Finley. New Orleans recently traded Rasual Butler for a second round pick in 2016, so it's not like it would be unprecedented for a team to do this. And even though I think everyone remembers the last time the Spurs made a trade for salary-dumping reasons, I'm not saying they woulg be stupid enough to give up anything like that again - just Bonner, or Finley.

The bottom line here is that the Spurs have plenty of options, and our assumptions about what they might do may be completely wrong. 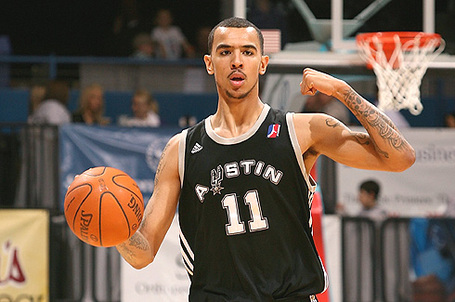 Marcus has been in the NBA a couple of times already, doing short stints with the Clippers and Spurs. However, last season in Austin, Marcus had a breakout year as a 6' 7" point guard(yes, I know that's not proper PtR spelling). This intrigued the Spurs front office, since team passing is one of the things the Spurs have stressed in their offensive sets for several years. Marcus had several triple-doubles for the Toros toward the end of the D-league season and was the unquestioned leader of that team. So good were his performances, the Spurs actually waived Malik Hairston in order to sign Marcus to a contract and keep him away from other teams. To be honest, his season in Austin is all we have to go by at this point. Hopefully we'll get to see plenty of Marcus during training camp and preseason, and perhaps he'll give us a better idea of what he can bring to the Spurs. 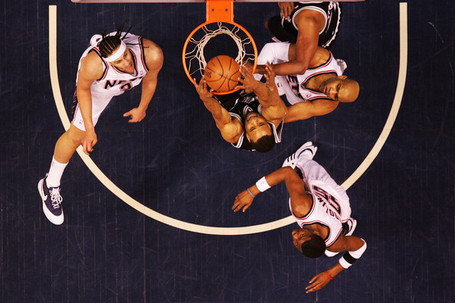 When Malik wasn't dunking on Vince Carter, he was quietly impressive on defense in his stint with the Spurs last season. This is a particularly surprising given how long players typically take(1 to 2 full seasons) to learn the Spurs' defensive schemes. Williams missed summer league this year due to a minor wrist injury, but Hairston was quietly(there's that word again) the most consistent player on the Spurs' SL team. Most impressive to my mind is his utter lack of ego: after all of those games, he wasn't asking for any attention - he let DeJuan, George and Ian take the credit while accepting his role on the team with incredible poise and efficiency. He shot at or near 50% in every game, with a great number of those shots coming from behind the arc, and this addressed the biggest prior weakness in his game - the utter lack of a jumpshot. The improvement was remarkable. This man can play, and the Spurs would be wise to keep him around. 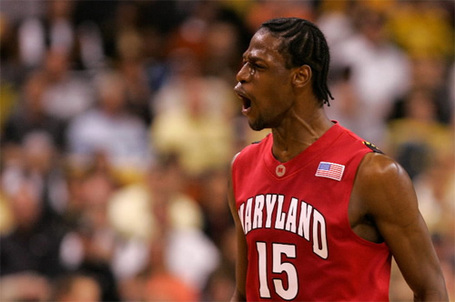 James is coming off of a pretty good season with Angelico Biella, the Italian League team hand-picked by the Spurs to aid in his development. He's a bit undersized for a PF, but he's an athletic slasher who also shoots well from beyond the Euro arc. What remains to be seen is whether James has the ability to play SF - he seems to have a lot of the skills required for the position, but there are questions about his ability to defend the wing at the NBA level. His all-around game has improved in Europe, but it may not be enough to earn him a spot, especially with the amount of talent he now has to compete with in training camp. Also, Haislip is very similar as a basketball player - but 2 inches taller and more polished. It's going to be extremely difficult for Gist to prove that he belongs on the team, but stranger things have happened. I mean, the JV happened... right? 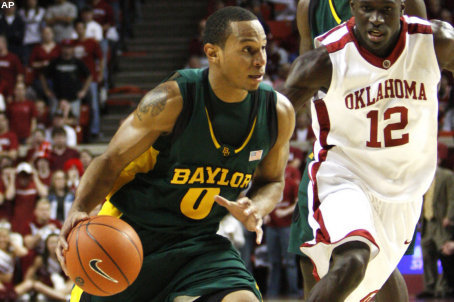 We all know that the Spurs FO seems to have a knack for finding the diamond in the rough. This is not one of those times. Curtis Jerrells was a decent player for Baylor, but his four seasons in Waco didn't see a significant improvement in any one area of his game. He took a lot of shots, which meant that he had a decent scoring average, but his shooting percentages were decidedly average. When looking over his stat sheet, the only thing that says "Spurs" is the 77% free throw shooting. This is Jack McClinton without the shooting ability, and unless he's inexplicably improved almost every aspect of his game over the summer, Jerrells is going to be cut quickly. However, this won't be the end of the line for Jerrells - a season with the Toros might be the help he needs with his game to get his career off the ground.

Now, the ball's in your court. Metaphorically, of course. Tell us who you think will make the cut in the poll, or in the comments. If you think more than one of these guys will make it, there's an option for that, too.