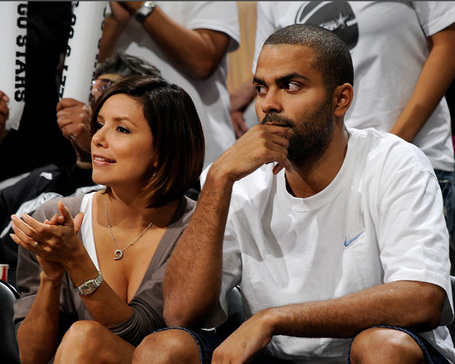 Where's LatinD? is the first thing that comes to mind upon seeing this. I saw that perplexed look on your face from a mile away as I have a 6th sense, but don't tell anybody, mmmkay? If you've been following our previous playoffs game thread, PtR's resident WNBA-lover boy has been caught by the Jinx Police and the questioning/interrogration process will prevent him from putting up a thread for Game 2.

So, I'm here. Let's try to make it a bit worthwhile for our girls, shall we?

Here's a musical interpretation of what I think the Silver Stars should do to pull off the monumental upset:

To be honest, out of the seven people in the last game thread, I think only two or three were able to watch the game and that doesn't include me. Enter CapHill and SinCitySpur with their valuable insight and recap savvy on the improbable Silver Stars win:

Phoenix wasn’t very smart at the end of the game. We won.

We won, they lost.

Seriously though, if you want your recap fix, check out Phoenix Stan's take over at Swish Appeal and show them some love. Stan also has an awesome exclusive interview with Phoenix Mercury Coach Corey Gaines regarding a "questionable" strategery that the Suns Mercury coach employed in the final few minutes that sealed Phoenix's doom. Also, here's last game's boxscore.

The Mercury's bench is pretty otstanding. DeWanna Bonner (15 pts, 6 rebs) has already been named 6th woman of the year, and is NOT cut from the same cloth as our Matty "BatMan Torn" Bonner so that's a huuuge plus for Phoenix. Penny Taylor is a cutie who got game (18 pts, 6 asts). The Silver Stars bench, meanwhile, has Ruth Riley, Shanna Crossley and a bunch of suck. Kinda like last season's Spurs, huh?

Sorry to be a negative nancy, but Phoenix is at home, more talented, will definitely draw better games from Taurasi and Pondexter, and the Silver Stars aren't capable of shooting as well as they did in Game 1. That being said, Becky and the Hammonites have the momentum and requisite confidence, having led almost all the way in the first game so an upset special is not far-fetched.

I'm picking the Silver Stars to win, just because I like to make Stan nervous. 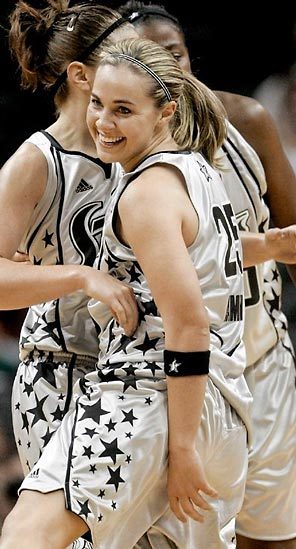 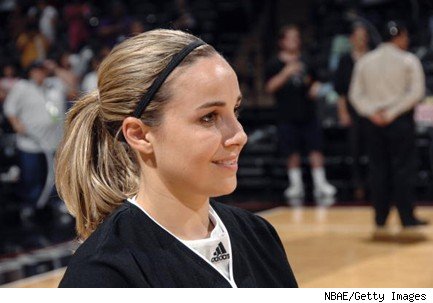 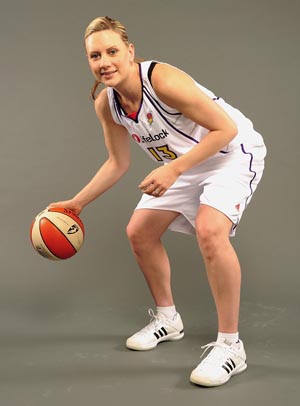 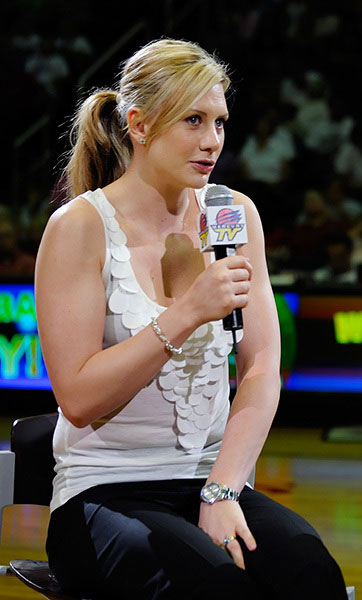 Pick Me Up Photo of the Day - Need A Hug? 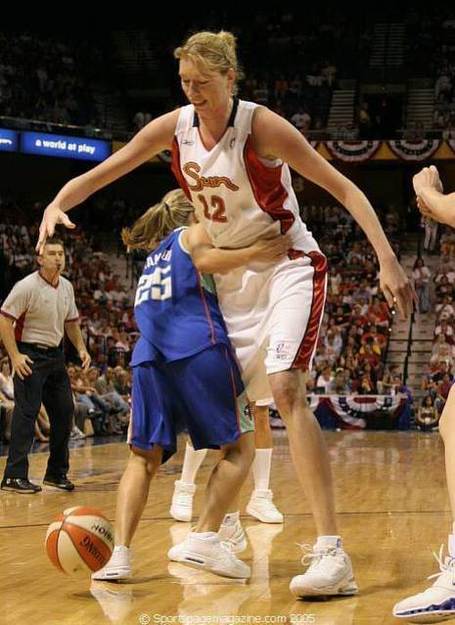 Becky being lovable and adorable in her pre-Silver Stars days.

A Final Word (of Caution)

Let's win this chit. No Adams allowed - bellasa's watching and ATS has recently discovered the power of the sig-changer. Be very afraid. Halftime fishes are purely optional. Someone will provide the audio and boxscore links once the game starts. Let's go Silver Stars!!!